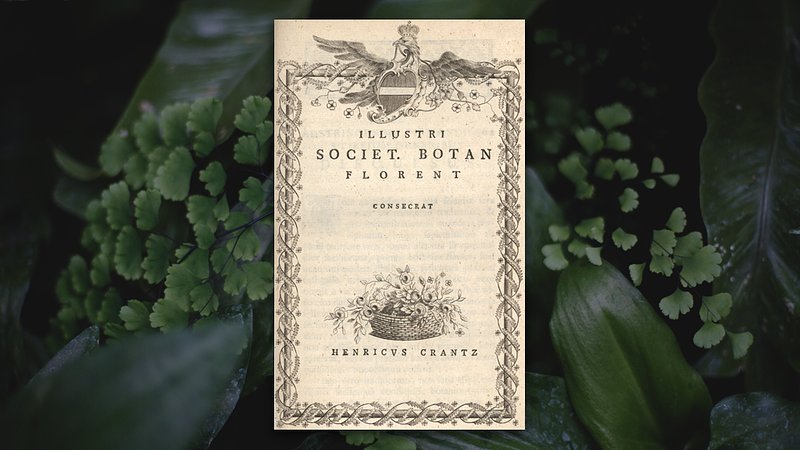 Heinrich Johann Nepomuk von Crantz did not only have an imposing name but made a lasting impact in the scientific community, especially in the fields of obstetrics and botany.

Some of Luxembourg's historical figures need no introduction. Most people have at least heard the names of some of the country's counts and countesses, such as Ermesinde or John the Blind, or nationally revered artists like Michel Lentz, the author of Luxembourg's national anthem.

When it comes to Heinrich von Crantz, however, it is highly unlikely that his name will ring a bell. And yet, this remarkable man, born in what was then the Duchy of Luxembourg, made quite a name for himself – in Austria.

A gifted student makes his way to Vienna

Heinrich Crantz was born on 25 November 1722 in Roodt-sur-Eisch in Luxembourg. His father, Pierre Crantz, was mayor of Roodt.

Crantz went to secondary school at the Athénée in Luxembourg City before he moved to Louvain in Belgium to study medicine. Despite his age, the young Luxembourger quickly made a name for himself. In fact, he was such a remarkable student that the Austrian authorities in Brussels took notice and invited him to study at the university in Vienna. At the time, Holy Roman Empress Maria-Theresia insisted that all the top scientists and diplomats from the "Belgian Provinces" should move to Vienna.

He arrived in Vienna in 1747 and obtained his doctorate of medicine under the tutelage of the Dutch physician Gerard van Swieten three years later, being the first of van Swieten's students to do so. At the time, van Swieten was the personal physician of Maria Theresa.

Shortly afterwards, Maria Theresa sent Crantz to Paris for more specialised studies with the French obstetrician André Levret. He also travelled to London as part of his further education.

From obstetrics to botany

Crantz returned to Vienna in 1754 and was granted a chair in obstetrics, a position which was created specifically for him. Besides teaching obstetrics at the hospital in St Marx, he also taught physiology and medicine at the University of Vienna.

During this time, Crantz discovered and recommended better methods of hygiene for midwives and devoted himself to midwifery training. He promoted the use of Levret's forceps and even improved the instrument. In 1768, he published a book entitled Einleitung in eine wahre und gegründete Hebammenkunst ("Introduction to a True and Founded Art of Midwifery"). 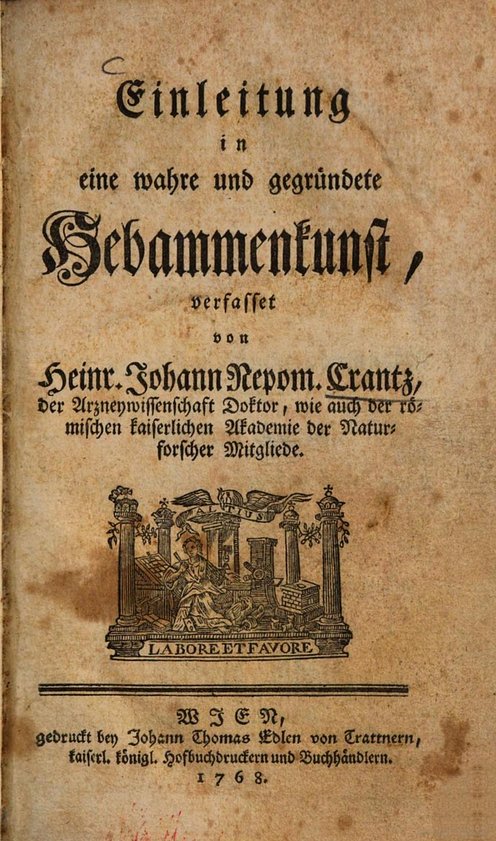 During the late 1750s, Crantz started developing an interest in botany. Around 1759, he became a member of the Società botanica Fiorentina, the Botanical Society in Florence, which was the first botanical society in Europe.

While studying the work of Swedish botanist Carl Linnaeus the Younger, Crantz found that while his colleague's general classification was good, many of the details did not really fit together that well. He stressed that accurate observations should come before systematics and accused Linnaeus the Younger of simply stuffing everything into boxes without any further analysis.

Several other renowned scientists of the time supported Crantz in his criticism, including the German Julius Sachs, who is considered one of the founders of modern water culture, and the Swiss naturalist Albrecht von Haller, who is often referred to as the father of modern physiology.

Crantz had a huge plant collection, consisting of over 2,500 samples of mostly flowering plants from the areas of Schneeberg, Semmering, and the Adriatic Sea. It later came into the possession of one of his students, who eventually donated it to the Hungarian National Museum.

Born to the mayor of Roodt, died a nobleman in Austria

In 1774 he retired from teaching due to illness and looked after his property in Judenburg.

Because of his great merits in Austrian healthcare, mainly in the areas of obstetrics, he was ennobled in 1777 by Emperor Joseph II, allowing him to bear the German nobility title Edler in his name.

Crantz passed away on 18 January 1797. There is a plaque in his memory at the University of Vienna.