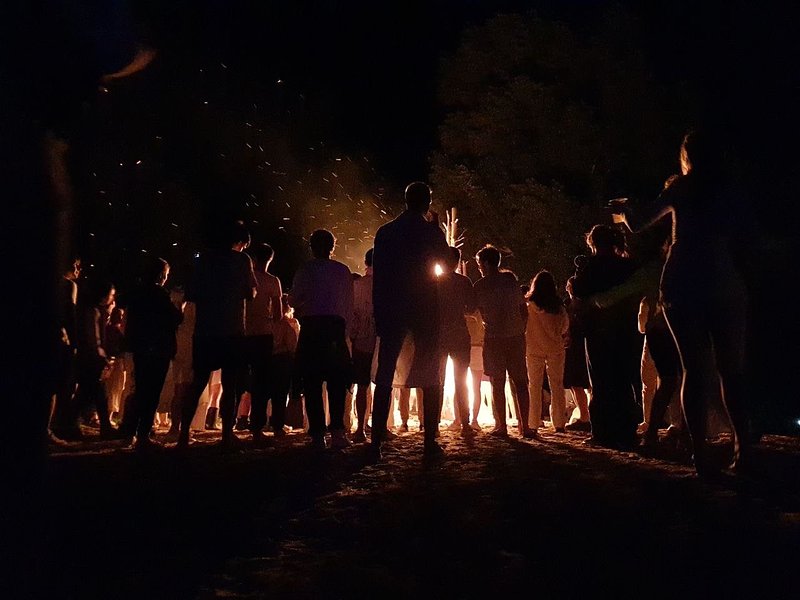 On the 22 & 23 October, Repair Together are campaigning against war in Ukraine across 12 cities simultaneously - including Luxembourg. And they're dancing as they do it...

The volunteer initiative from Ukraine is centred on raising funds to rebuild houses and centres destroyed in the war. Through their work they intend to raise awareness in European cities, encouraging people to support the humanitarian efforts to help Ukrainian survive the ongoing Russian attacks.

There are varying opinions on how to help, with many remain divided in regard to politics and diplomacy. For this reason, Repair Together decided to focus on the most obvious way to be of service - help those whose homes were demolished by Russian attacks, those who don't have a place to stay. 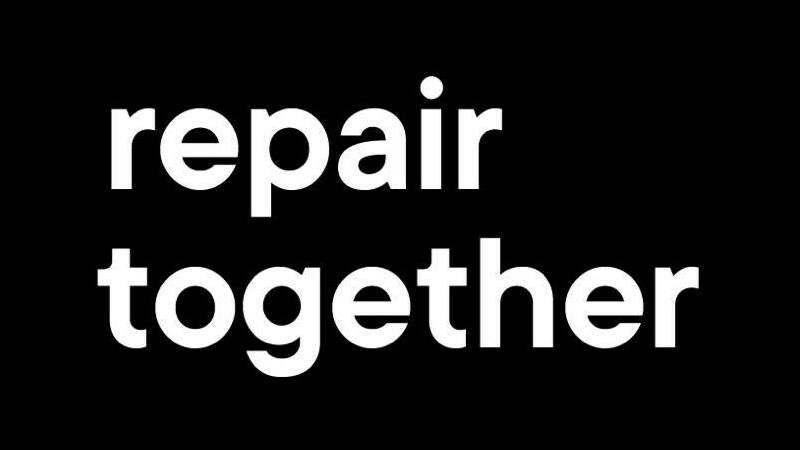 Winter is coming and it will be a harsh one to say the least, hence Repair Together decided to focus on rebuilding as many homes as possible before the cold properly sets in.

As the name states, the initiative is to rebuild Ukraine. But the particular focus is to clean up and repair, to do something uplifting that improves the situation on the ground.

Over the course of last five months, Repair Together managed to bring together hundreds of volunteers, ready to restore destroyed homes and community centres in the Northern Ukraine to the sounds of electronic music.

That's right, they literally dance to techno music as they clean.

As they rave, clean and restore, Repair Together forms a community of like-minded people ready to transform the current situation and remind us what civil service really looks like.

Their aims are to fund reconstruction efforts, increase awareness on the course of the war, and last but not lest: to attract volunteers.

The premise of this concept is to take people's attention away from the disastrous course of the war and instead form a community of people willing to make a difference and change the said course. To get together with the target to significantly changes regular people's lives.

Since the very moment Chernihiv region was liberated from Russian troops, Repair Together has been rebuilding villages there along with locals, authorities and volunteers from Ukraine and all over the world in an effort to deal with the consequences of the war. 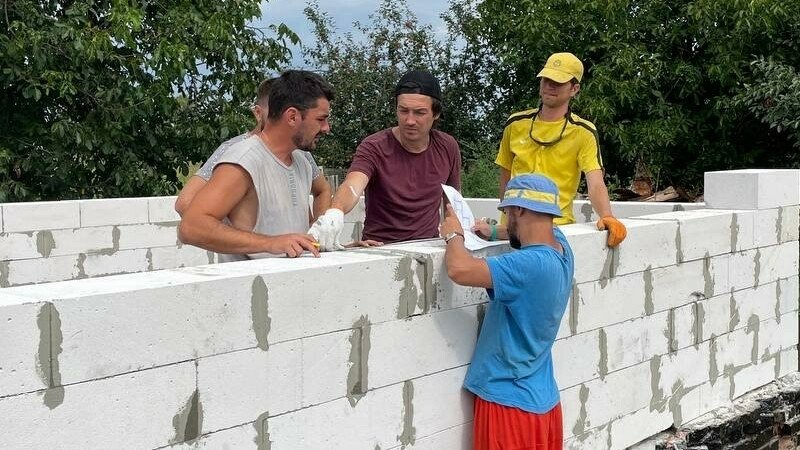 Their team is consistently visiting de-occupied (often completely destroyed and homeless) communities to support them in the worst moments of hostility and uncertainty.

Together, they managed to clean 160 houses in seven villages as they prepare them for further repair and reconstruction. With the help of partners, they have rebuilt 13 houses, allowing the previous residents to come back home.

"Imagine this is all that is left of your home"

The event showcases over 2500 stones taken from the ruins of Ukrainian homes, and transported to European cities. Each stone is accompanied by a poster with a clear message: "Imagine this is all that is left of your home". 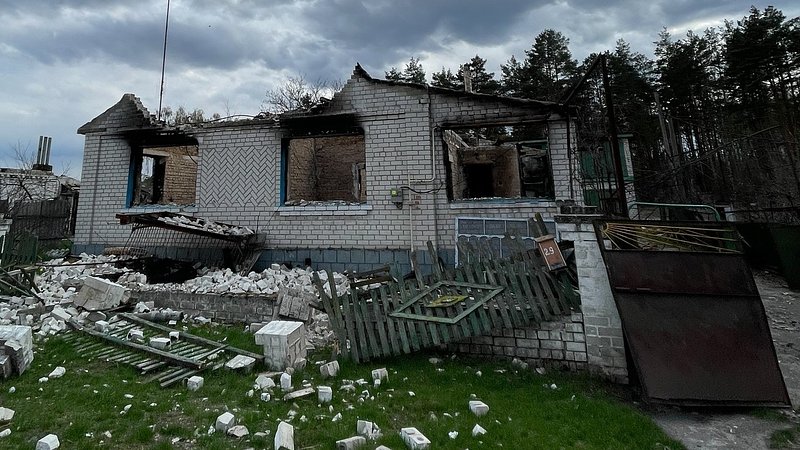 The poster also includes a QR code redirecting to a website with detailed information about the extent of the destruction caused by the full-scale invasion in 2022 of the Russian war in Ukraine that started in 2014. More details on families who received (or need to receive) help are also included.

"Our goal is to fund-raise enough to rebuild a sense of normality for 16 Ukrainian families by building a roof over their heads before the upcoming winter. Hundreds of posters will be placed across each city in important social gathering points. And this is a manifestation of solidarity and humanity aimed to help people in need", states the initiative.

Repair Together managed to attract a lot of media coverage with their unconventional ways to help reconstruct their country, showcasing that the reach of their work goes beyond Ukraine's borders.

Over 60 major media outlets from all around the world, including Vice, New York Times, Washington Post, HBO, der Spiegel, and many others, covered the story of regular civilians raving as they reconstruct the homes of their fellow people.

"We believe that people all over the world can unite and be the most powerful force to face the global challenges of today. We need your support! Ukraine needs your support!" 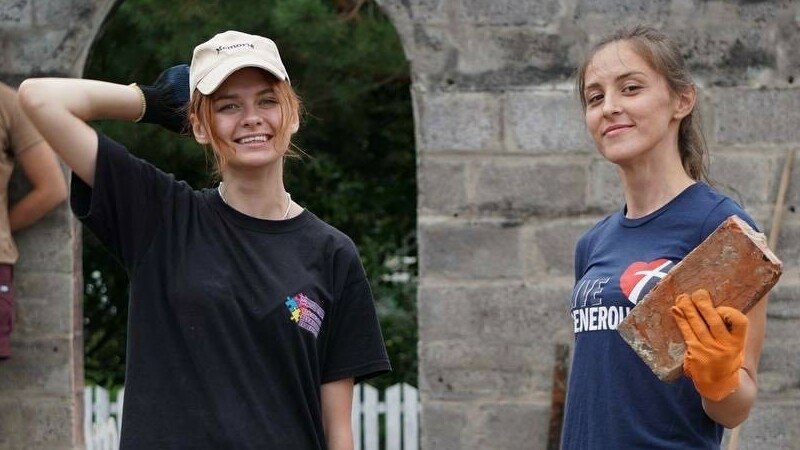 The war is not over

The Russian attacks continue and the war is not over. Alarming news comes in every day and times are still uncertain, to say the least.

Earlier this month in an interview on RTL Radio, the chairperson of the parliamentary group from the Luxembourg Socialist Workers' Party (LSAP), MP Cruchten, addressed Russia's annexation of four Ukrainian regions, after his trip to Kyiv. 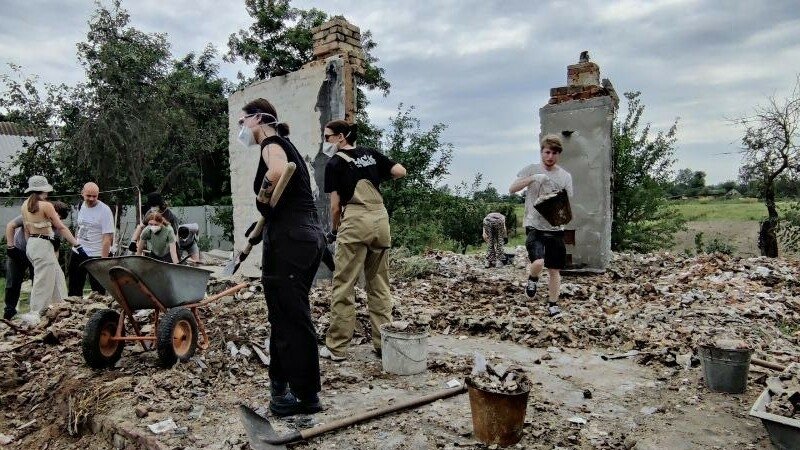 He emphasised that Ukraine is not fighting for its own freedom, but rather acts as a buffer to Russian aggression, protecting the entire West. He also pointed out that Luxembourg is implicated regardless of its position, as the war is about energy, information, and propaganda.

The current situation looks grim and it is hard to say what will happen next. As people flee the war, more and more refugees arrive to the Grand Duchy. Initiatives are taken and people protest, but Russia's relentless violence continues. Hence, Repair Together reminds us to mobilise and stand against war crimes, terrorism and the massacre of innocent civilians.

You can find useful information and news in Ukrainian here.