Let's talk rivers today! More specifically the Our, Sûre, and Moselle which make up the border between the Grand-Duchy and Germany.

The border between Germany and Luxembourg is 138 km long and almost the entire border is formed by the three rivers mentioned above. It starts with the Our in the north for about 50km, then the Sûre for 42 km and finally the Moselle in the south taking up the remaining 26 km.

You have probably seen that I wrote that almost the entire border is formed by the rivers because there is one exception. One city, town, village, however you want to label it, is actually situated on the 'wrong' side of the river.

Do you know which one?

I'll give you some time and a picture to scroll past to think of the answer :-) 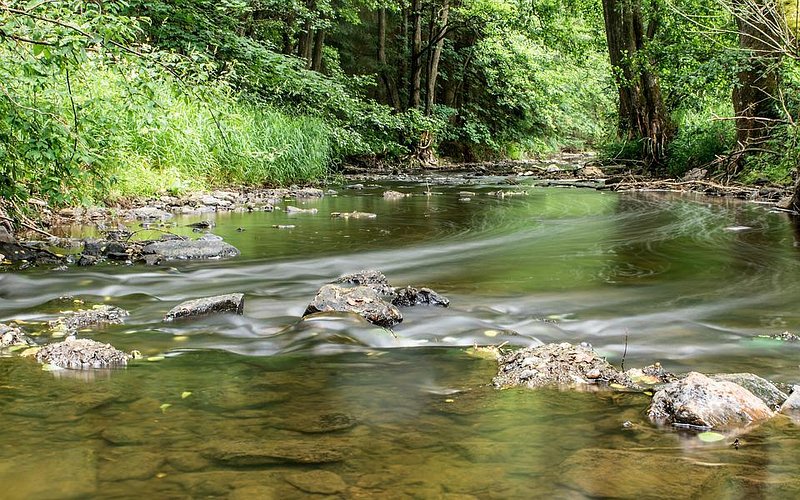 No surprise there. In the Vianden area, the Our is completely situated in Luxembourg and the border therefore extends around the east of this particular river for around 7km.

For those 7 km, Luxembourg is the one controlling the river all by themselves, but for the other parts of these rivers, Luxembourg has to share control with Germany.

This might not seem like a surprise, but normally speaking when a river forms a geographical, and therefore political border, the river is divided in the middle and every country is responsible for their own shores.

Border controls are thus usually carried out on one of the banks with people on the water being controlled by the border guard in the river.

The situation here is different though: Germany, in this case the states of Rhineland-Palatinate and Saarland, share joint German-Luxembourg territory with the Grand-Duchy.

But what does that mean?

The two countries share a condominium, a word you might know from real estate. It's a building structure that's divided into units (e.g. appartments) that are separately owned and are surrounded by common areas (e.g. gardens) that are jointly owned.

Think of Luxembourg and Germany as their respective appartment with the three rivers as their jointly owned garden space.

Or in fancier words: "A condominium in international law is a political territory (state or border area) in or over which several sovereign powers formally agree to share equal dominion and to exercise their rights jointly without dividing it into "national" zones".

The rivers thus belong to no-one and yet belong to both countries in a sense.

This is actually a pretty cool and rare occurence because while a condominium is theoretically possible, they have been rare in practice. The biggest problem is to secure cooperation between the two sovereign powers. If there is no understanding left between the two parties, ruling the joint territory can become untenable.

The condominium between Luxembourg and Germany was established, by treaty, in 1816. It's been 206 years and all still goes well!

But the treaty does not only include the water itself, but also the bridges marking the border crossing, about 15 river islands including the tip of one since the rest of the island is located in France.

So what is the take-away of this article except for some major fun fact vibes? I guess don't do anything stupid when you find yourself in the water or even on a bridge. There's two countries in charge, not just one! :-)