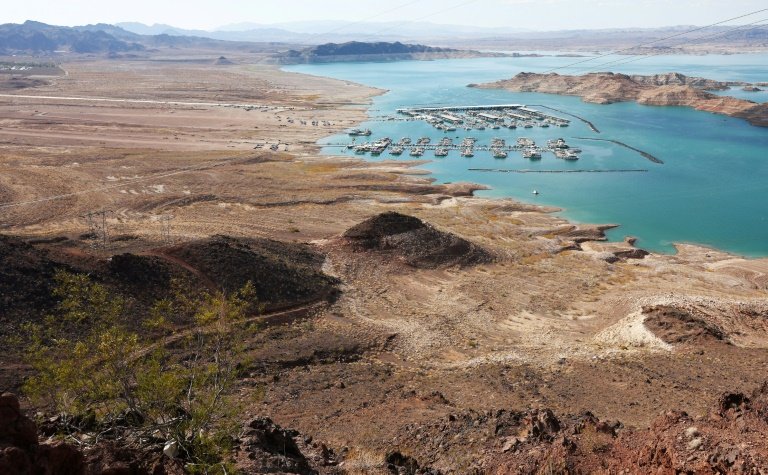 In the midst of all the recent heatwaves, droughts hit Europe like never before. Once a natural phenomenon, drought has become a serious problem enhanced by climate change. But do you know how this may affect us and other living beings?

Due to a persistent lack of rainfall, many European countries, including the UK and France, are experiencing fairly severe droughts. While droughts are a naturally occurring phenomenon, the effects of climate change cause these dry periods to be longer and more severe than before, negatively impacting the environment and humans.

What is a drought?

In simple terms, a drought occurs when an area experiences prolonged periods of below-average or inexistent precipitation. The lack of rainfall (or snowfall) directly affects the moisture of the soil before gradually becoming noticeable in groundwater or reservoir levels and in the flow of streams and rivers. Although changes in precipitation are a natural event, humans can exacerbate a drought or make it more likely to occur by using an excessive amount of water during ‘normal’ periods. Although dryness is a feature of both conditions, it is important not to confuse drought with aridity. Droughts are a temporary phenomenon related to the weather, whereas aridity is a feature of climate. This means that the lack of available water is a characteristic of arid regions and not an anomaly. Deserts are an example of arid regions.

Because drought is not a one-time event like a severe thunderstorm or flood, its beginnings and ends cannot be easily pinned down, and it usually takes us longer to notice them. While we can immediately see the effects of a storm, the general population tends to notice the effects of a drought only after several weeks when landscapes look visibly dry, and water supplies might already be affected. Moreover, unlike events such as storms, droughts can last for extended periods of time, even spanning years.

Agricultural drought designates the effects drought has on crops, which cannot grow properly due to limited water supplies. Socioeconomic drought occurs when there is a disruption of supply and demand caused by the previously mentioned types of droughts. Products that are dependent on the weather, such as grains, might become scarce during a drought and thus fail to meet consumers’ demand.

While occasional rainfall can momentarily alleviate the effects of droughts, persistent precipitation that can thoroughly moisture the soil and replenish groundwater levels is needed to end a drought.

How do droughts affect plants, humans, and animals?

As the various types of drought show, prolonged dry periods disrupt the entire ecosystem. After some time, the effects of drought become visible in nature: lawns turn brown, crops stop growing properly, and trees shed their leaves prematurely to save water. These visible effects of dryness are related to the diminished moisture of the soil, as the roots can no longer absorb enough water to maintain the plant’s health. As a consequence, plants stop growing properly, become weaker and therefore more prone to diseases, and might even die. Even when the drought is over, and we can no longer see dry leaves, the roots take much longer to recover, and it might take years for the plant to return to its pre-drought condition.

Apart from the impact on food production, long periods of drought can have several additional adverse effects on people’s health and lives. Severe droughts can impact the quality and availability of drinking water and thus increase the prevalence of diseases. Moreover, people must adapt their behaviours in an effort to save water which can have an impact on their quality of life, as using water for recreational activities becomes no longer possible. Droughts also increase the prevalence of wildfires, putting human and animal lives at risk.

Even without wildfires, drought has a negative impact on wildlife. A decrease in insect populations linked to fewer water resources affects animals which rely on insects for food, such as bats. Less vegetation and lower water levels decrease the living environments of birds, fish, and other water animals. At the same time, young mammals become more susceptible to predators in the absence of protective vegetation. In general, the likelihood of interactions between humans and animals increases during a drought, as wildlife leave their usual habitats in search of water and food.

While droughts are a recurring natural phenomenon, the effects of global warming make them more frequent and severe. Human emissions gradually cause the earth to become warmer. As a result of these warmer temperatures, more water evaporates from the soil, making it drier and, therefore, more susceptible to droughts. At the same time, the air also gets warmer, which can intensify dry conditions. Under these circumstances, what would have been a moderate drought can, therefore, quickly turn into a severe event with devastating consequences.

Moreover, warmer temperatures also affect precipitation, snowfall becomes less frequent, and storm tracks change, often moving away from regions that rely on these regular rainfalls. As long as emissions continue at the current rate or even increase, it is likely that these dry conditions will persist, which highlights the need to cut back on greenhouse gas emissions if we want to prevent even more severe droughts in the future. If you wish to learn more about the development of draughts, this (open access) study gives a good overview of the possible effects of climate change on future droughts in Europe.