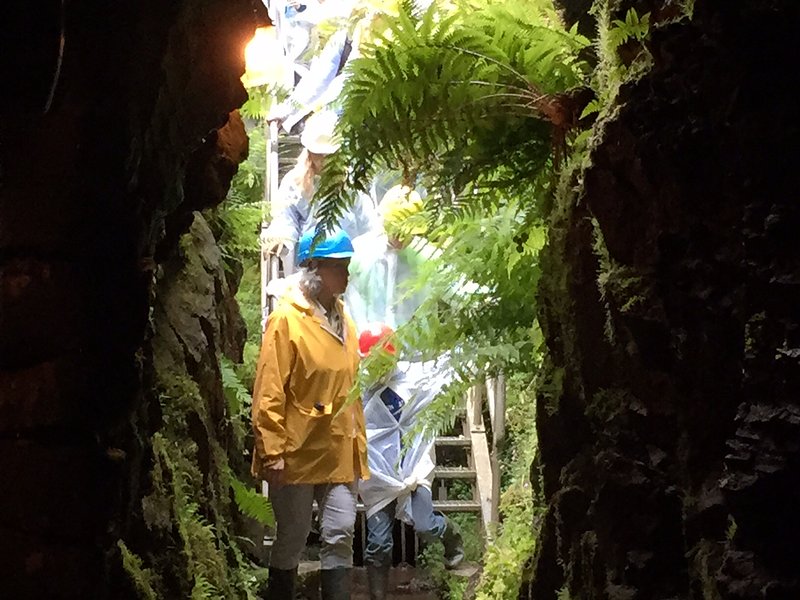 It's summer, it's incredibly hot and we are in dire need of cooling activities. What if I told you that I know a place where it's always 10°C, doesn't matter the season we're in?

You can find this place in a little village in the North of the Grand Duchy, roughly 5 minutes from Vianden. I am talking about the 'Koffergrouf' in Stolzembourg, an old copper mine that has been open to visit since 2000 and is classified as a national monument.

For two very hot summers I worked there as a student and let me tell you, it was a very welcome cooling off from the 35°C or even 40°C weather we had back then. Getting out was of course less cool (ha, word pun) but it's nevertheless a fun experience!

So let's start with a bit of history

It is likely that people had discovered and mined copper there as early as the time of the Celts and Romans. The first written mention of the mine dates back to 1717 and concerns the granting of mining rights.

Until the definitive closure in 1944, the mine changed hands several times and had seen many years of inactivity.

The first documented concession was granted to Franz Eduard Anton, Baron of Stolzemburg, in 1749. After his death in 1755, the mine was out of operation for 9 years.

Then Thilman Steyer from Trier got the exploitation right. For financial reasons, he joined forces with Antoine Pescatore from the City. But the mining again didn't work out and the mine stood empty again for years.

During the French occupation of Luxembourg, the Guérain brothers from Lille and someone with the name Vanderbrück took a new approach, but again without success.

The Dutch came and intensified mining during the years of 1820-25, with the next try in 1853 by Joseph Francotte.

He searched for further copper ore deposits in the surrounding area, founded a company with others, the Société des Mines de Stolzembourg, and acquired the mining rights over an area of more than 2000 hectares, which included the neighbouring communities.

By 1864, the mine was 58 m deep and an adit totalling 800 m was dug. In that year the company ceased trading because the costs exceeded the selling price of 20 tons per year.

And then industrialisation happened. Is this the road to success?

From 1882 to 1886, the first phase of industrial exploitation began: steam engines came into use, making it possible to dig the adits to a length of 550 m and a depth of 210 m above sea level.

Between 1901 and 1913, old and new owners put the galleries into operation and raised them to a depth of 161m above sea level, which was the 9th level at that time. Three more levels would follow, reaching an overall depth of 169m above sea level.

From 1938 to 1943, the access road was made wide enough to be used by lorries. Before that, the ores were first transported down to the valley by flatboats, then by cranes and buckets.

But all of this would not have been possible without the use of electric pumps pumping all the water out of the mine. Without them, the mine would have been inaccessible.

And even though up to 5000 tonnes of copper ore were mined annually, the mine was never really profitable. The main issue was that the ores had to transported to the Ruhr area in Germany or to the UK, where the smelters were located. So no surprise here that the mine once again changed ownership when the current owners gave up hope.

The last time the mine was open for business was under German occupation when the copper was mined for the German armaments industry, but the Battle of the Bulge in 1944 finally put an end to this.

And what about nowadays you may wonder?

I guess I already spoiled this by telling you that I worked there and that you can visit the mine! 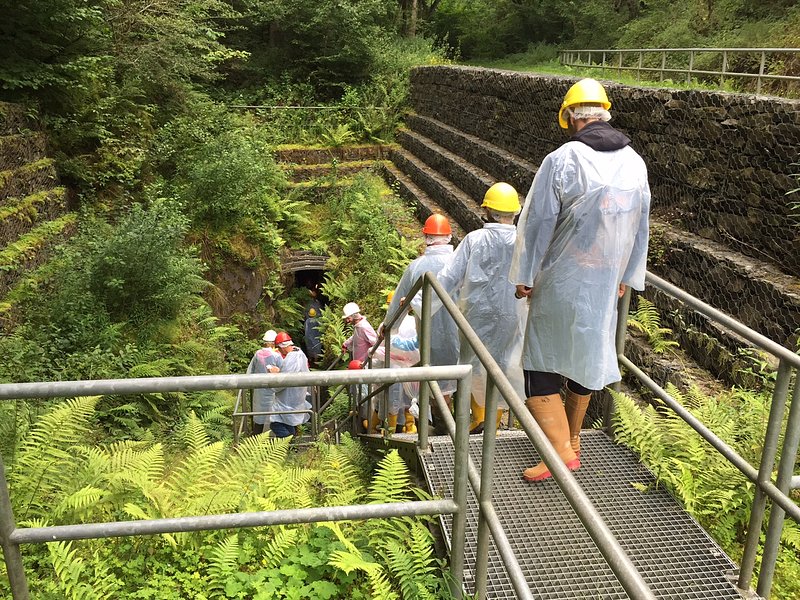 Well after the Second World War the mine was abandoned for fifty years and completely filled with water because the electric pumps no longer worked.

But then around 2000, the upper 3 floors were pumped empty and prepared for tours, which have been conducted by the Koffergrouwemusée since 2006.

The guided tour takes around 2-3 hours and will start at the museum in the village of Stolzembourg. It involves a hike (in the forest) up to the mine, where you will be equipped with rain boots and a helmet. Both necessary as the water still stands high, with some corners along the walk-in that are not high enough to walk straight.

It's actually quite funny hearing all the helmets bumping to the ceiling and people laughing about it.

Are you curious? You can find more information here.