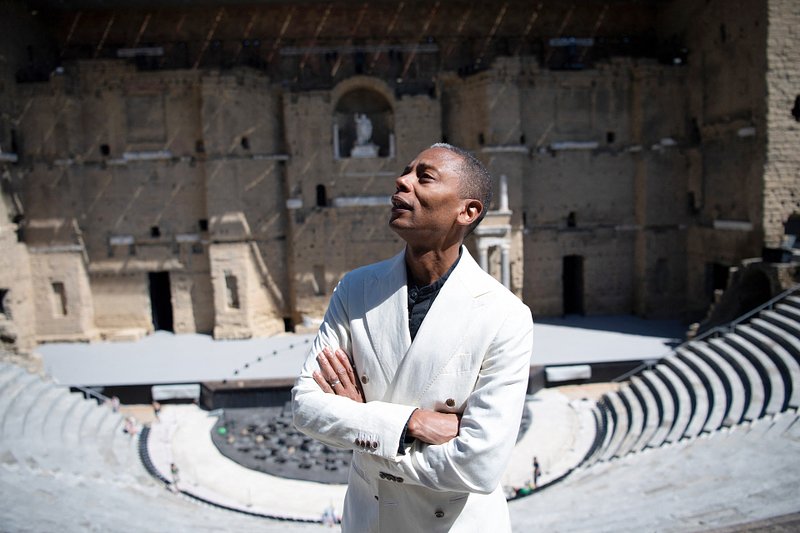 After a two-year hiatus, the End-of-Season Party is back at the Philharmonie for a night of high-quality dance music, this year including arguably one of Detroit techno's greatest-ever prodigies: Jeff Mills.

As was the case with so many annual events, the End-of-Season Party at the Philharmonie was forced to take a two-year break due to the pandemic-related restrictions. However, the electronic dance music event is now back with a bang, as the organisers enlisted some of techno's biggest names to step into the DJ booth for the 2022 edition.

The most famous name on the line-up is undoubtedly Jeff Mills, a DJ and producer who has been an influential and innovative figure in the world of techno since the very dawn of the genre in early 1980s Detroit. As he will travel to the Grand Duchy and grace the dance floor of the Philharmonie with his beats on 9 July, let us look back 40 years and see how the music career of the man now commonly known as 'The Wizard' came to be.

Jeff Mills, aka 'The Wizard'

Mills took his first steps as a DJ in the early 1980s during what is now commonly referred to as the first wave of Detroit techno. Through his older brother, he managed to learn the craft of spinning records and got his foot in the door of several Detroit-based clubs at an early age.

"I would go every Tuesday and sneak in the back door because I was too young to be in the club. I would stay up in the booth and they would let me play at certain times to learn how to handle a crowd. I would move up and they would let me play longer, until I would play the entire night", Mills recalled years later in conversation with music journalist Frank Broughton.

The real break-through in Mills' career came during a fateful night in November 1984, when Prince kicked off his Purple Rain Tour with a week of live shows in Detroit. Radio producers all over town were at the time frequenting the urban club scene looking for a Prince-inspired mix when they stumbled upon Mills doing his magic in the behind the decks at Club UBQ. Impressed by the speed of his mixing skills, they recruited the young DJ and let him host his very own show: 'The Wizard'.

Over time, Mills expanded his skill set and started to use three instead of just two turntables, which allowed him to not only transition from one song to the next, but to also layer each track with additional textures from other records. With the help of the radio station's extensive archive, he further expanded into conceptual music arrangement.

Mills also ventured into live improvisation when playing for crowds in the clubs of Detroit. For that purpose, he employed a TR-909 Rhythm Composer, a drum machine originally released in 1983 by the Roland Corporation for the purpose of emulating real percussion. Though commercially unsuccessful, this little gadget played an important role in techno production and improvisation, and few mastered the instrument as well as the Wizard.

Mills eventually stopped broadcasting his radio show and entered the world of music production during the so-called second wave of Detroit techno. The 1990s were marked by the absence of the core producers from the early days, as most of them were by that point touring Europe's club dance floors. Mills stayed behind and joined forces with Mike Banks and Robert Hood to form Underground Resistance, a DJ and production collective now known to every techno fan around the world.

Building on the successes of his first collaborative releases, Mills eventually returned to working on his own and releasing music on his label Axis. It did not take long for him to also start touring the planet and sharing his beats on the global techno stage. Today, close to 40 years after starting his career, he has become one of the most revered luminaries the genre has ever seen.

And, six days from today, he will make his first and long-anticipated appearance at the Philharmonie in Luxembourg.

The event will take place at the Philharmonie in Luxembourg City's Kirchberg district. Nosi will kick off the party at 9.30pm, followed by a one hour live set from Francesco Tristano, who is scheduled to start at 11.30pm.

Mills will step into the booth at 12.30am and play until 3am. Since the line-up does not indicate a live performance, it is unlikely that the Wizard will also be using a drum machine, but three to four decks paired with his extensive record catalogue should still ensure an impressive performance.

At this point, I also want to highlight the person with the extremely difficult task of following up on Mills' set. DVS1, a Russian-born DJ who grew up in Minneapolis and long-time resident DJ of Berlin's infamous techno temple Berghain, will step into the booth at 3am, thus closing this year's edition of the End-of-Season Party. If there is someone capable of finding the right tunes for the right crowd at the right moment, it is without a doubt this man.

Aside from being a master selector, it is also worth mentioning that DVS1 has gained an iconic status in the world of techno for being a vocal advocate of nightlife values. Inspired by Berghain's strict no-photo policy, he launched an extensive campaign to promote this idea in clubs all around the world.

So, when you finally hit the dance floor of the Philharmonie, do remember to keep your phone in your pocket and your ears focused on the beats. There will surely be enough to keep you distracted and dancing for hours, that much I can guarantee.