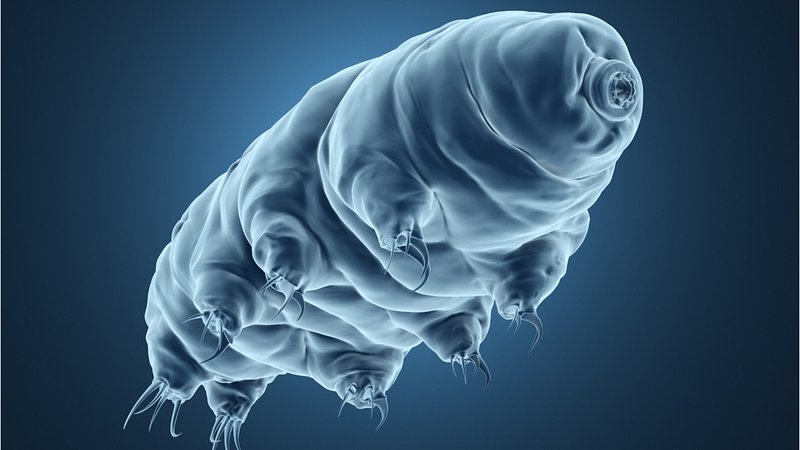 Tardigrades are virtually indestructible creatures that can withstand extreme radiation, sizzling heat, the coldest temperatures of the universe, and decades without food. Who are these little beasts?

They were first discovered in 1773 by German zoologist Johann August Ephraim Goeze, who named them Wasserbär, or water bear. In 1776, Italian biologist Lazzaro Spallanzani named the creature "Tardigrada," or "slow stepper", according to the Science Education Resource Center at Carleton College.

Tardigrades have been found in water (oceans, lakes) as well as in moss. When exposed to severe conditions, they transform themselves into a dehydrated ball, called a tun, which is the tardigrade's magic power of transformation that keeps it alive in astonishing environments.

What are some of its superpowers?

Withstand hot and cold temperatures - Researchers found that tardigrades in tun state can withstand freezing temperatures of under 200 degrees Celsius, and heat of more than 149 degrees Celsius. They've been found in volcanic rock, for example, where the warmth may feel pretty comfy.

Survive extreme pressure - Not only can these little mystery animals survive hot or cold environments, but also high altitudes (6,000 metres) in the Himalayas, as well as ocean depths of more than 4,700 metres. In fact, they are able to withstand six times the pressure of the deepest part of the ocean.
Survive space and radiation - A study published in Current Biology revealed that tardigrades in their tun sphere could survive space vacuum and solar/cosmic radiation. This makes it the first animal to survive both of these exposures, and even come back to life after return to earth.

Read also: Hordes of Earth's toughest creatures may now be living on Moon

Withstand extreme impacts and accelerations - Tardigrades were once fired from a gun, surviving speeds of 900 metres per second, as well as the impact of 1.14 gigapascals of pressure.

Reproduce asexually - Female tardigrades are able to lay eggs that develop themselves, meaning they can start a colony anywhere.

Produce a protective shield - Researchers at the Indian Institute of Science in Bangalore discovered that a certain species of tardigrade can protect itself from lethal UV radiation by forming a protective, glowing shield which absorbs the UV radiation and emits it as blue light.

So what makes them so indestructible?

All of this is pretty impressive. But how is it even physically possible, you may ask?

Tardigrades do not have bones, but are instead supported by a hydrostatic skeleton, similar to jellyfish or earthworms. They have a fluid-filled compartment called hemolymph, which is filled with nutrients.

Researchers found they have a digestive system, but no circulatory or respiratory system. Oxygen enters the body through their compartment walls.

But the main strategy is the death-like tun system. The scientific term is cryptobiosis, in which they expel nearly all water from their bodies, retract their heads and legs and curl into a small ball. The journal Scientific Reports published a study that in the 1970s scientists had determined four triggers for cryptobiosis: desiccation (extreme dehydration), freezing, lack of oxygen and salty environments.

Once rolled up in a tun, its metabolic activity drops to 0.01% of normal levels, and special proteins unique to tardigrades form a protective cocoon around its cells. Scientists have been able to revive tuns that were in cryptobiosis for more than 30 years. But tardigrades do not live forever. Their life expectancy ranges somewhere between 3-30 months.

Tardigrades have been on planet earth for over 600 million years, outliving dinosaurs. Could they outlive us humans too?