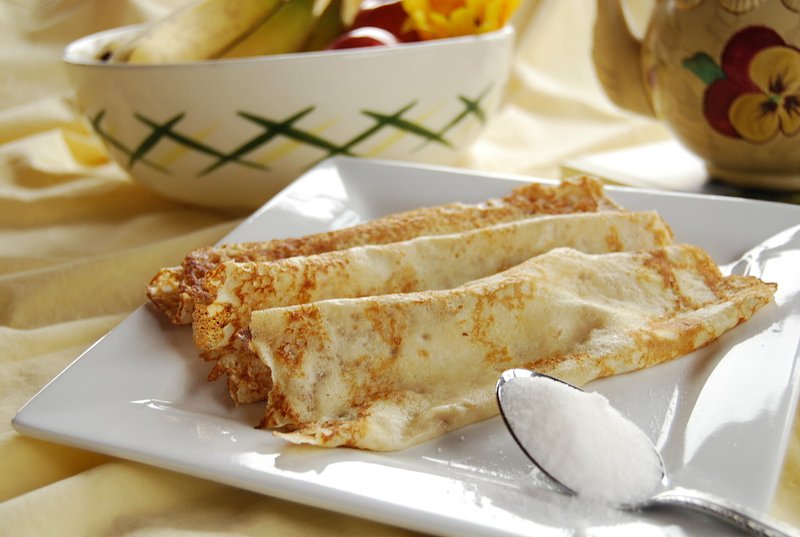 Fastnachtsdienstag or Mardi Gras is the day before Lent. Traditions vary but for many, it's all about the pancakes. There's much more to it than a delicious snack, however.

For Brits, Shrove Tuesday conjures up images of lemon, sugar, and stacks of pancakes. The idea behind stuffing your face with pancakes, apparently, is to get in your fill of fatty and sugary foods before cutting back for the 40 days of Lent.

In the French tradition, Mardi Gras ('Fat Tuesday') has a similar connotation. It's the big blow-out at the end of the Carnival season, with time to eat heartily and party before the period of Lenten fasting begins.

In Luxembourg, meanwhile, the end of Carnival is celebrated a day later, on Ash Wednesday (Äschermëttwoch). A time of collective merriment and feasting, it's a big moment in the Grand Duchy.

Carnival is a time to up-end social hierarchies. Traditionally, it's the day the slaves became the masters and the masters became the slaves. In some cases, quite literally. In South Africa, Carnival kicked off in the mid-19th century with slaves being given the day off to rest.

To this day, South Africans mark the event dressed in the finery of their once-masters: top hats, tailcoats and all. It's a loud, proud mockery of a distressing history of subjugation and control. 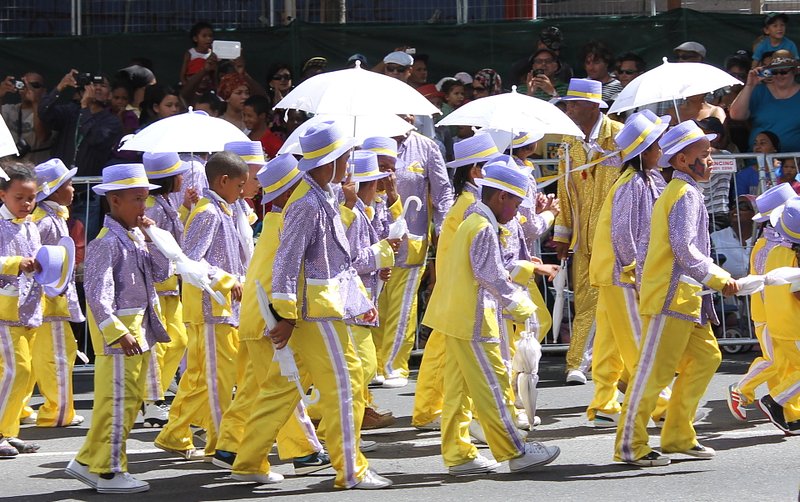 Different countries start - and end - Carnival at different times. The point is that Carnival is a chunk of the year and not a single date, with Shrove Tuesday or Ash Wednesday traditionally marking the end of it.

Yet it appears to have a common, and pagan, origin in the Roman festivals of Saturnalia and Lupercalia. These festivals were celebrations of spring and fertility, with an emphasis on the pleasures of the flesh and upending social norms.

As we've covered elsewhere, these festivals are also the origin of Valentine's Day.

The root word Carnival derives from the Latin carne vale - 'farewell to meat' - a last chance to enjoy the pleasures of the flesh (and of eating meat) before Lent.

A precise link to the Roman festivals cannot be drawn, however, with another theory positing that Carnival was in fact a societal reaction to the strictures of the medieval church, which discouraged both sex and meat during Lent.

From sex to pancakes

How do we get from the sex and meat of Carnival to the enjoyable but rather more mundane eating of pancakes?

Carnival, also known as Fuesend, is not just a period of celebration in Luxembourg. It's also a period of preparing oneself for the fasting and abstinence of Lent, which in the Catholic tradition involves abstinence from alcohol and a complete avoidance of meat, dairy products and eggs.

The English word 'to fast', meaning to abstain from food, derives from the Old German fasten. This carries right through to modern German, where Fastenschank is the last tap of booze before Lent. The same root lies behind the term Fastnachtsdienstag.

Shrove Tuesday is the last opportunity to not fast before Lent begins on Ash Wednesday.

In the run up to this day, Luxembourgish tradition had it that men would go around the village collecting the eggs, flour and fat used to make doughy treats such as dough balls, pastry knots, waffles, and, of course, pancakes (paangecher).

Another relevant Luxembourgish tradition is setting fire to straw men (Stréimännchen) late on Tuesday evening, as a symbolic burning of the sins committed during the excess of Carnival.

This precedes the better-known tradition of Buergbrennen, when large wooden structures resembling castles are set alight on the Sunday following Shrove Tuesday.

As with any modern festival, the religious origins of Shrove Tuesday have been partially obscured by the secular celebration.

The name of the festival in English derives from the Ango-Saxon 'shriving': to hear one's confessions and absolve them. Shrove Tuesday is thus a day when many Christians go to church to confess their sins and cleanse their souls, to be 'shriven'.

Yet church and secular fun can become easily intertwined. Another meaning of 'fast' is, of course, being quick. And that comes in handy with one English tradition. 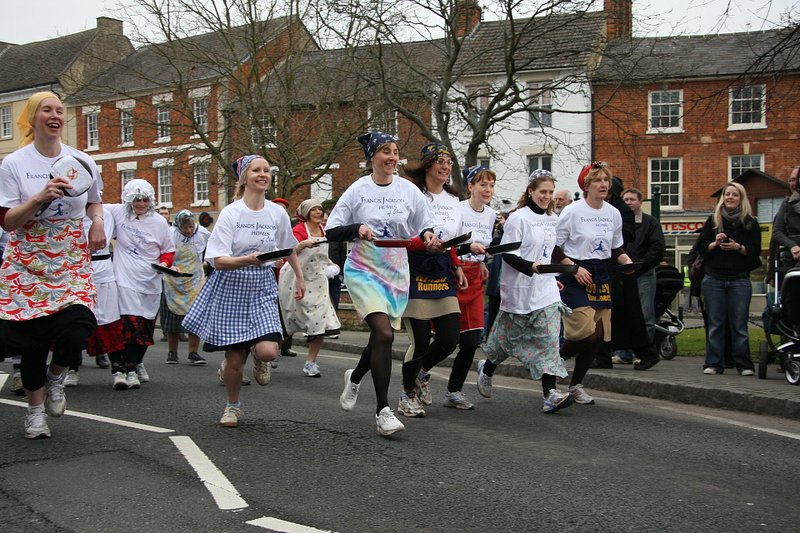 According to tradition, in 1445 in the town of Olney, Buckinghamshire, a woman heard the shriving bell ring out at her local church while she was in the midst of making pancakes. Anxious not to miss the Shrove Tuesday mass, she legged it to church while still carrying the pancake in her pan.

In honour of this tradition, every year women run through Olney with a hot pancake in a frying pan. They must toss the cake three times during the course, with the first woman to arrive at the church and serve the bell ringer winning the event.