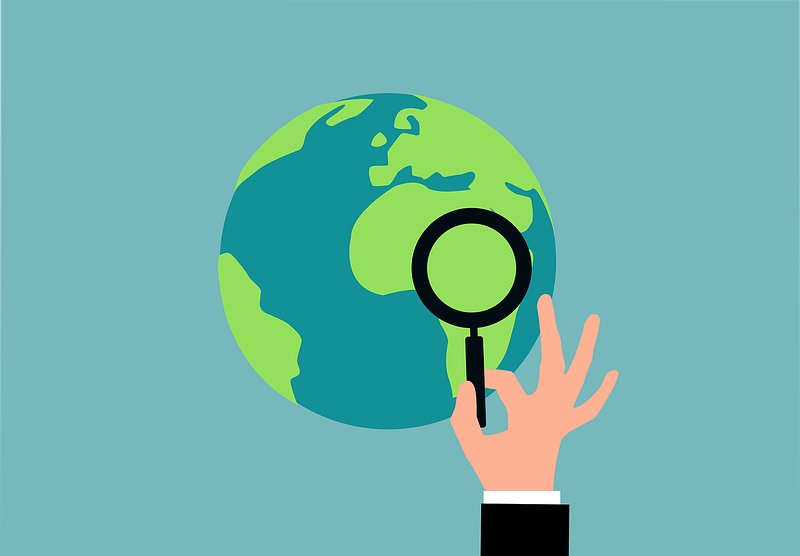 The Grand Duchy is famously tiny, but in reality there are 28 countries smaller than Luxembourg. Here we pick five and ask: how do they stack up against Luxembourg?

Before delving into the world of miniscule nation states, it’s worth pausing for a minute and defining our terms. Luxembourg does, in fact, have a claim to being the world’s smallest country. That’s if you exclude microstates like Monaco and island nations.

But let’s not get carried away. Any such definition becomes pretty arbitrary, pretty fast. Sure, lots of islands are small. But Great Britain? Australia? They seem like ‘proper’ nation states to me. Luxembourg is spatially challenged for sure, but there’s no need to exaggerate and pretend its smaller than it really is.

So let’s take out our magnifying glasses out and delve into the world of truly mini countries. It’s a mental exercise in feeling good about ourselves: did you know Luxembourg is over 5000 times bigger than Vatican City? We must be a big deal!

Now that we’ve mentioned it, let’s start with the Pope’s place of residency. It takes the crown as the world’s smallest country. But it’s really more of a city-state, or even a neighbourhood-state, nestled inside the metropolis of Rome. 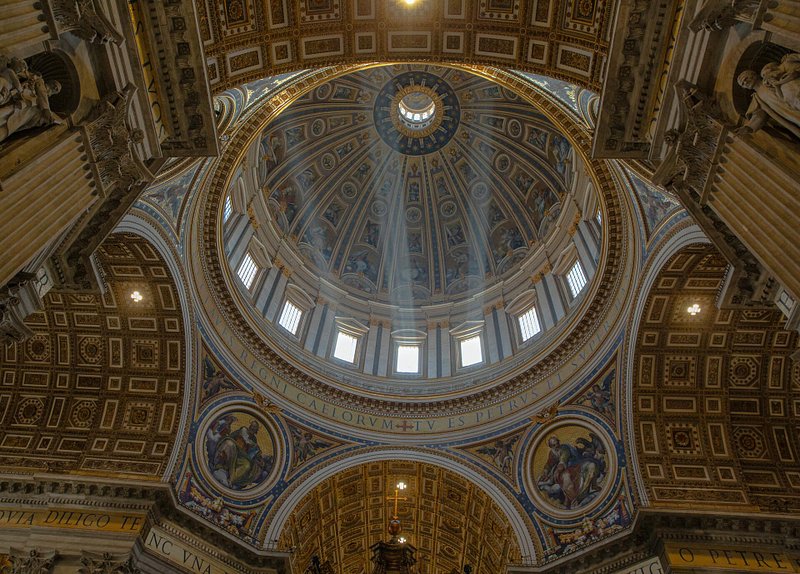 From floor to ceiling the dome of St Peter's Basilica stands 136.6 metres high, with a diameter of 42m. / © Unsplash

At 0.49km2, it’s a tad larger than the Grund. Yet while the Luxembourg City district is most famous for the picturesque Neumünster Abbey, Vatican City blows it out the water, so to speak, with the Papal Basilica of Saint Peter in the Vatican (St Peter’s Basilica for short). This Renaissance monolith was built in the sixteenth and seventeenth centuries on the site of the original St. Peter’s, itself built by Constantine the Great.

The basilica is said to be the largest church in the world, and features a dome tall enough to fit the Statue of Liberty inside (incidentally, it would also fit the Gëlle Fra monument inside, six times over).

Vatican City is also famous for its army, the Pontifical Swiss Guard. At 135-strong, they’re not that far off Luxembourg’s own armed forces, which stood at 939 in 2018.

This is Europe’s biggest microstate – and, at 468km2, around a fifth of the size of the Grand Duchy (2,586km2). It’s most famous as a skiing destination, with over 290 kilometres of pisted slopes. Luxembourg can’t possibly compete with that, can it? Well, no, but there are 4 kilometres of cross-country route available in Weiswampach – weather permitting. 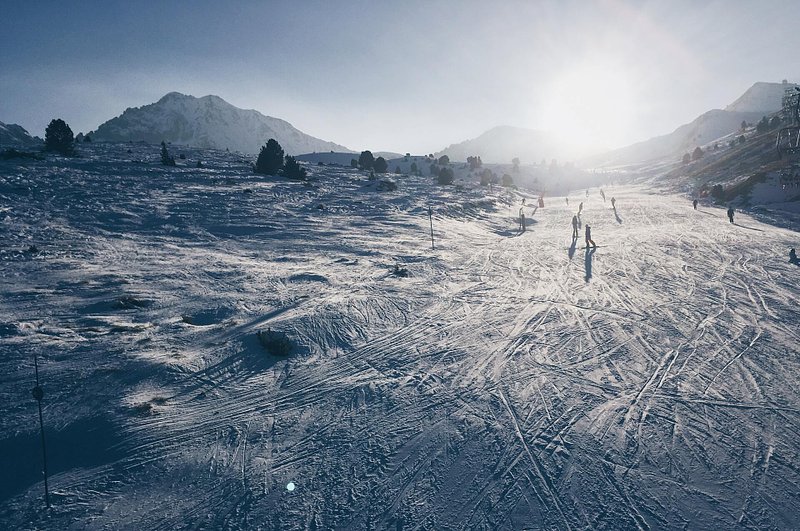 It's fair to say Andorra has more skiing opportunities than Luxembourg. / © Unsplash

Andorra is also a regular sports competitor with Luxembourg,  competing against Luxembourg in the Games of the Small States of Europe in 2021, a small version of the Olympics for the continent’s more petite nations.

Like Luxembourg, Andorra is also a country of expats. 58% of the population were immigrants in 2019, a shade higher than Luxembourg’s proportion at 47%.

A final claim to fame for the nation, nestled up in the Pyrenees, is that its capital, Andorra de la Vella, is the highest in Europe at 1,023m above sea level. In contrast, Luxembourg City peaks at 408m.

While Luxembourg is Europe’s smallest non-microstate, this island chain is Africa’s smallest country. Alright, you could say it’s not really in Africa. After all, it lies 1,600km east of Kenya, deep in the Indian Ocean.

But it’s not unusual for countries to associate themselves with a nearby continent – Iceland is around 1,400km west of Norway, for instance, but most would still consider it a European country. (As an aside – Iceland looks small on a map, but at 103,000km2 it’s actually forty times bigger than Luxembourg, yet with roughly half the population.)

A curiosity of the Seychelles – Luxembourg relationship is that Luxembourg is a net exporter of booze to the archipelago. The amounts are small beer – just under €7,000 worth in 2020 – but clearly someone’s enjoying crémant on the beach. 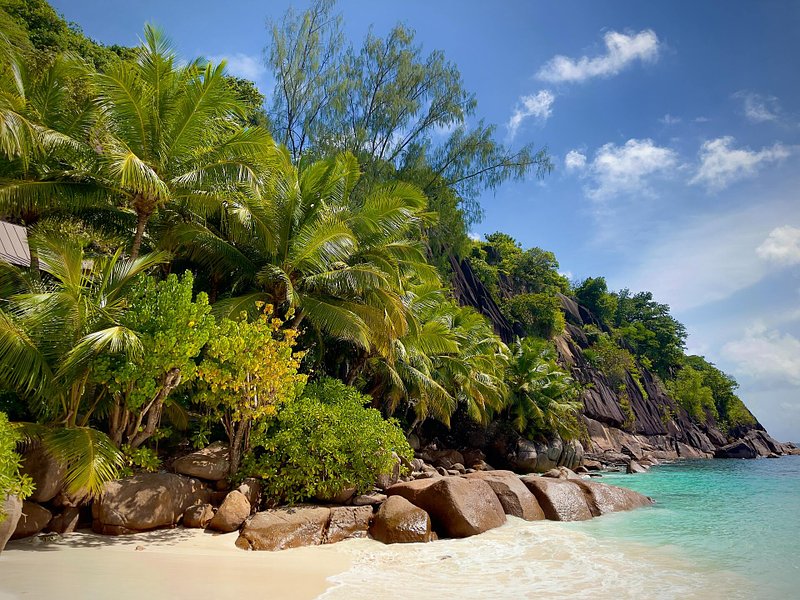 The Seychelles is of course famous for its pristine sandy beaches and crystal clear waters. One of those beaches – Anse Forbans – served as the hideout for French buccaneer Olivier Levasseur, ‘the buzzard’, who reportedly buried a €140,000 stash of treasure on the beach. It’s still up for grabs, apparently. 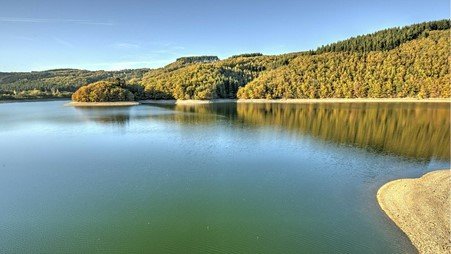 Luxembourg too is famous for its beaches – namely, on the Upper Sûre Lake. Would you look at that beauty? As far as we’re aware, there’s no hidden stash of treasure though.

This principality is the closest to Luxembourg of all the smaller countries. Both in the geographic and cultural sense. A six-hour drive from the Grand Duchy, this German-speaking microstate is nestled in the Alps between Austria and Switzerland.

As well as sharing a strong Germanic cultural influence, Liechtenstein also has an esoteric monarchical constitutional set-up. Hans Adam II, Prince of Liechtenstein, is the head of state. Unlike Luxembourg, however, the prince is far more involved in the day-to-day business of government, retaining the power to veto any law or dismiss any member of his government. 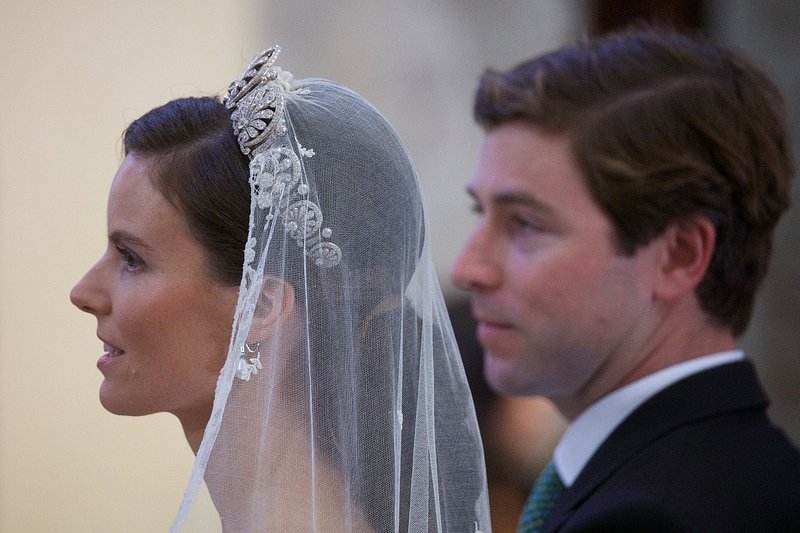 Princess Marie Astrid is a member of both Liechtenstein and Luxembourg's ruling dynasties. / © Luxpress

Liechtenstein also tops Luxembourg in terms of wealth. GDP per capita is estimated at around €160,000, compared to roughly €115,000 in the Grand Duchy. You could say the principality is wealthy from top to bottom, with Hans Adam II earning the title of Europe’s wealthiest monarch with an estimated personal wealth of €3.1 billion.

We’re stretching the definition of country to its logical limit here. Bir Tawil is actually a terra nullius  - Latin for ‘nobody’s land’. In a sense it’s the precise opposite of a country. The situation arose because neither Sudan nor Egypt, on whose borders it sits, claims the territory – preferring to contest sovereignty over a far more valuable patch of land nearby.

Well, not much, really – as it’s entirely uninhabited. A number of chancers have tried to claim it as a new micronation, but without much success. If Luxembourg fancies room to expand, perhaps a deal could be in the offing with Egypt and Sudan? (it could be a better solution than buying Greenland, after all).