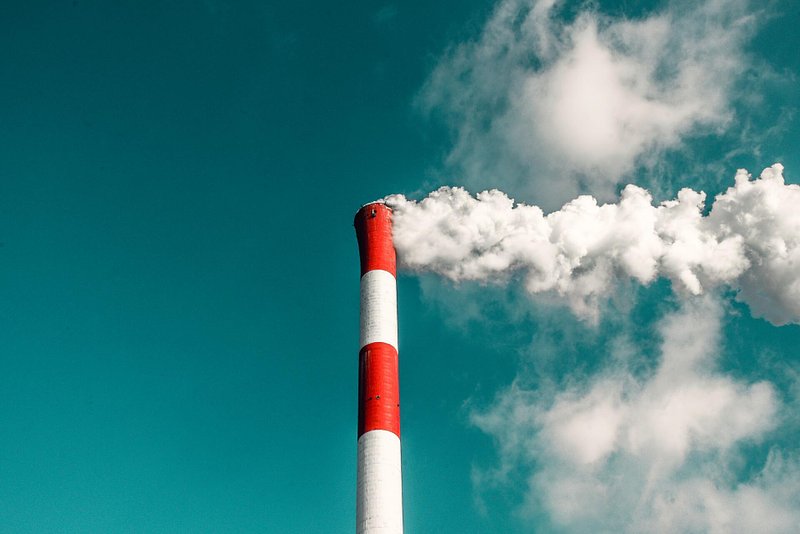 According to the UN’s latest report, the whole world has a climate problem and is on a ‘catastrophic pathway’ to runaway heating. But what’s Luxembourg’s part in the unfolding climate calamity?

World leaders gather in Glasgow at the end of this month for the COP26 climate conference, running from 31 October – 12 November, for an event being billed as an ‘absolute necessity’ for addressing global greenhouse gas emissions.

UN chief Antonio Guterres warned recently that the world’s failure to slash greenhouse gas emissions is setting us all on track for 2.7°C of heating. This would shatter the 1.5°C rise thought necessary by scientists to spare the planet from widespread disruption and upheaval.

In August, the Intergovernmental Panel on Climate Change sounded ‘code red’ for humanity, saying that the planet had already warmed by 1.1°C above pre-industrial averages, and that 1.5°C will now be reached by 2030, a decade earlier than thought previously.

So far, so ominous. But to what extent is Luxembourg part of the problem. After all, we’re pretty small, right?

The easiest way into this is to look at carbon dioxide (CO2) emissions. CO2 isn’t the only greenhouse gas, but it is the main one, accounting for around three-quarters of emissions.

In 2019, Luxembourg emitted 9.78m tonnes of the stuff (all figures from Our World in Data). That sounds a lot, but in fact represents just 0.03% of global emissions. This is direct emissions – from the burning of fossil fuels and the production of cement. Here’s what that looks like: 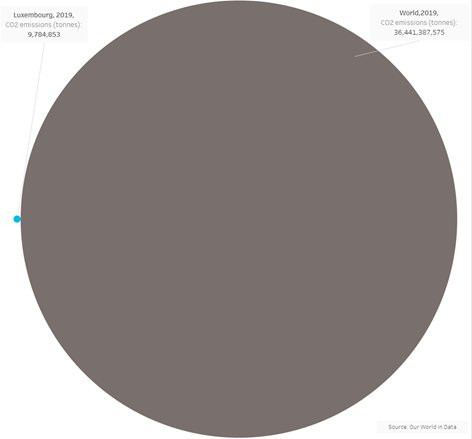 Even if you look at all the CO2 the Grand Duchy has emitted since 1950, this represents just 0.05% of the world’s cumulative emissions. Still tiny compared to the global total.

I mentioned there were other greenhouse gases, and you can add those in to get a broader picture. They’re measured in CO2 equivalents (CO2e), based on their contribution to warming the planet over a 100-year timescale. Let’s take two of the most common: methane and nitrous oxide. In 2016, Luxembourg’s methane emissions, 550,000 tonnes CO2e, compared to 8.55 billion tonnes globally, while nitrous oxide was at 300,000 tonnes CO2e, compared to 3.05 billion tonnes globally. In layman’s terms, the Grand Duchy’s contribution was negligible.

When you factor in land use change (such as growing, or cutting down, forests), Luxembourg’s greenhouse gas emissions in 2019 were -- drum roll please -- 9.77m tonnes. Which is pretty much where we started from.

But it’s worth emphasising that Luxembourg is a small country. Of course its emissions are small in absolute terms. The picture is different if we look at emissions on a proportional, per-person basis. This is what happens when you compare Luxembourg to its neighbours (France, Belgium, Germany), the world average, and some perennial climate villains (the US, Saudi Arabia and China):

What emerges is a pretty clear gap between other Western European nations and the Grand Duchy. The latter clearly belongs to the club of big (per capita) emitters, although, as the graph shows, emissions have also fallen every year since 2005.

What's behind the high emissions?

The top three polluting sectors are transport, buildings, and aviation. The biggest by far is transport, which accounts for over half the country’s emissions.

There are two main reasons for this. First, Luxembourg’s residents own more cars than anyone else in Europe. Second, its petrol stations are a source of cheap fuel to neighbouring countries. (Yes – these sales get counted in Luxembourg’s per capita figures.) Fuel tourism is on the wane, however, hit by higher prices at the pump and a CO2 tax.

Collectively, manufacturing, construction, industry and agriculture account for around a fifth of the country’s emissions. If petrol sales continue to fall, the relative contribution of these other sectors will accordingly rise.

That’s why tackling climate change isn’t just about individual choices, such as switching to electric cars or making your food shop more sustainable. It also requires reform to industry, agriculture, and land usage, amongst other measures.

So what's the plan?

The government’s 2020 climate and energy plan consists of a raft of measures to cut the Grand Duchy’s emissions, aiming to improve energy efficiency, increase the use of renewable energy and promote sustainable public and private transport.

In this month’s State of the Nation, prime minister Xavier Bettel reiterated his government’s commitment to the plan, aiming to reduce greenhouse gas emissions by 55% by 2030, with an increased focus on wind and solar energy.

Bettel states that, in the context of July’s devasting floods, the government has “no other choice” than to take decisive action. But opposition parties and unions have critiqued the substance of some of the government measures, with the OGBL union labelling one key policy “showmanship”.