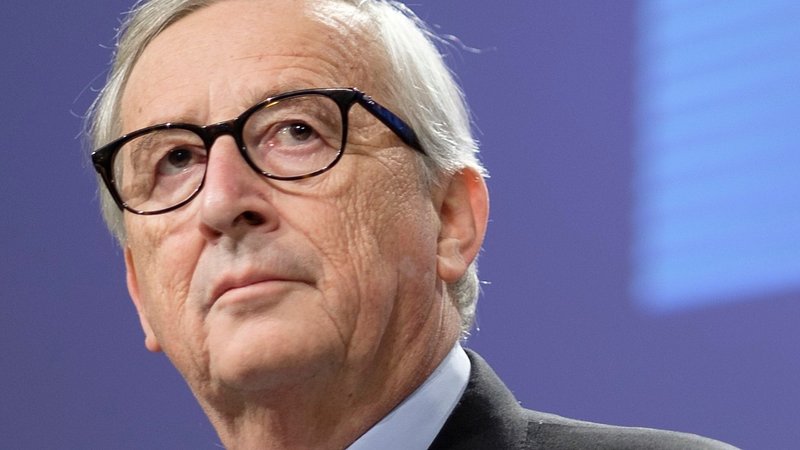 We all know Jean-Claude Juncker for his humour, his unfiltered manner, and his spectacular political legacy in both Luxembourg and the EU – as well as his alleged orchestrations of tax avoidance. But there is more to the former prime minister of Luxembourg than wittiness and scandals.

Early days and start of career

Born on 9 December 1954 in Redange-sur-Attert, Jean-Claude Juncker grew up in a industrial worker’s family in the multicultural southern town of Belvaux. Being one of twelve siblings, Jean-Claude realised early on that money was tight and learned how to be as financially efficient as possible. His father was a steel worker who had been conscripted to fight for the German Wehrmacht during the Second World War, and consequently never ceased to tell his son the gruesome experiences he had endured during the war. His stories and scars would be etched in Juncker’s mind and – alongside the multiculturalism he grew up with – shape his later passion for Europe and the need for European integration and reconciliation.

He attended primary school in Luxembourg, but continued most of his studies at a boarding school in Arlon before graduating from Lycée Michel Rodange. From 1975 to 1979, Juncker studied law at the University of Strasbourg and was even sworn into the Luxembourgish bar, though he never practiced as a lawyer, turning to politics instead.

His political engagement started early on, even before joining university. His father had been an active member of the Christian Social People’s Party (CSV) and had often brought his son to the meetings. In consequence, Juncker joined the party in 1974 and caught the then-head of party Pierre Werner’s attention. Werner would later serve as Luxembourg’s prime minister and was known for diversifying the national economy (at this point severely hit by a Europe-wide crisis in the steel industry) by bringing in new industrial investments and financial services. Werner would continue to serve as Juncker’s role model whom he honours to this day.

In 1979, Werner appointed 28-year-old Juncker as parliamentary secretary for the CSV in an attempt to rejuvenate Luxembourgish politics. From here, Juncker would serve under seven different governmental posts until 2013, starting off as Secretary of State for Employment and Social Security in Werner’s government.

Two years later, Jacques Santer (who later on also presided the European Commission) named Juncker Minister of Labour, then in 1989 as Minister of Finances before he was appointed as head of the CSV in 1990.

From 1995 to 2013, Juncker served as Luxembourg’s prime minister, being the longest democratically-elected leader in Europe. In parallel to his premiership, he also was a governor for Luxembourg at the International Monetary Fund, and was actively involved in the European Bank for Reconstruction and Development - he clearly strove towards improving Luxembourg's profile in the international community.

As prime minister, he was often given the image of mediator, linking back to his successful handling of a dispute between Jacques Chirac and Helmut Kohl concerning a policy on the EU Economic and Monetary Union.

On a national level, he was also Minister for Finance and Minister for Labour and Employment. He would serve as prime minister until 2013, when his government collapsed as a result of the LuxLeaks controversy. Not only this, but also the Panama Papers would stain Juncker’s image as the tax avoidance practices were occurring under his watch in Luxembourg.

Contribution to the European Union

Regardless, Juncker’s contributions to the European Union are immense and this Knowledge Bite will never do them justice. Given his firm belief in European integration as a tool for long-lasting peace, the Luxembourger was paramount in drafting the Maastricht Treaty, one of the fundamental treaties upon which the contemporary EU rests. This treaty marked new EU values that strive towards a single European currency, shared and equal European citizenship, and common security.

His European career kicked off in 1985, when he chaired the Council on Social Affairs and on Budget for the Council of the European Communities and began to assert his pro-European commitment. In 1991, he presided over the Council on Economic and Financial affairs, which is when he drafted most of the sections on the economic and monetary union of the Maastricht Treaty.

Juncker doesn’t stop here – he presides the Eurogroup in 2005, a union of the ministers of finance of the Eurozone (i.e. the member states that have adopted the euro as their official currency) that ensures stability and growth – though they were hit hard by the 2009 financial crisis.

Given his brilliant track record, his nomination to succeed José Manuel Barroso as president of the European Commission only seemed natural: he had tackled a few crises before and was fit to tackle another few. The European economy was still recovering from the 2009 crisis, Russia was undermining EU values of peace and freedom by moving into the Ukraine, and the eastward expansion of the EU was contributing to rising Euroskeptic sentiments.

His presidency would be dominated by terrorist attacks, a rift between Eastern and Western counties regarding the refugee crisis – and Brexit. (Personally, I don’t think we need to go over those painful negotiations, Juncker himself described them as a waste of time and energy.) On the bright side, his term focused on creating a digital single market, reforming the Economic and Monetary Union, and negotiating the Transatlantic Trade Agreement. To tackle the deepening divisions between different European member states and civilians, he sought to engage more of the youth with the creation of the European Solidarity Corps which offers young people volunteering opportunities abroad or at home.

Juncker retired from his post in 2019 and was succeeded by Ursula von der Leyen, just before he could see the Brexit negotiations come to a close. Since his stepping down, he has removed himself more from the public eye and spends his time with his wife, writing memoirs, and conducting interviews on all things Europe.

I am not one for farewells, so it is not goodbye but ‘au revoir’. Je suis amoureux de l'Europe et lui resterait fidèle. I will never cease to lend my voice and my heart to Europe. @vonderleyen, I wish you all the best. Passen Sie auf Europa auf. 🇪🇺 pic.twitter.com/DxW6LjXjB3

Not without controversial moments

However, Jean-Claude Juncker legacy is tainted by a fair few controversies and rumours about a potential drinking problem due to his unfiltered manner and his health. Only recently did he reveal that his occasional limping is due to his damaged sciatica nerve, a result of a severe traffic accident which resulted in a coma of several weeks and which nearly terminated his career. To this day, he struggles with nerve damage, which is often portrayed to be a drinking problem by critics. Especially the British tabloids took advantage of an incident in 2018, when Juncker faltered a bit at an EU summit. Juncker has opened up about those rumours in several interviews, saying the continuous comments are hurtful given they question his dedication towards the EU.

Regardless, Juncker is widely recognised for his contributions within the European Union, having been awarded dozens of honorary doctorates, the Grand Cross of the Order of Merit from Germany, and Charlemagne Prize of Aachen which recognises work done for European unification. After all, Juncker truly pioneered in integration and unification while passionately pursuing his lifelong goal of maintaining a European peace.

Read also: Jean-Claude Juncker is, and always will be, a political animal