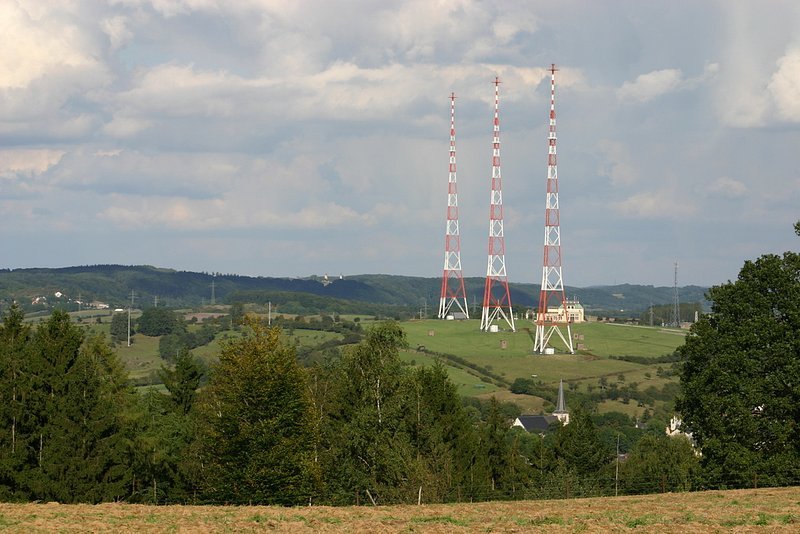 The transmission masts at Junglinster are pretty tall, but are they the tallest structures in Luxembourg?

From the Grand Duchy’s highest point to its lowest, and from its largest lake to its smallest village, we take a whistle-stop tour of the country’s extremities. 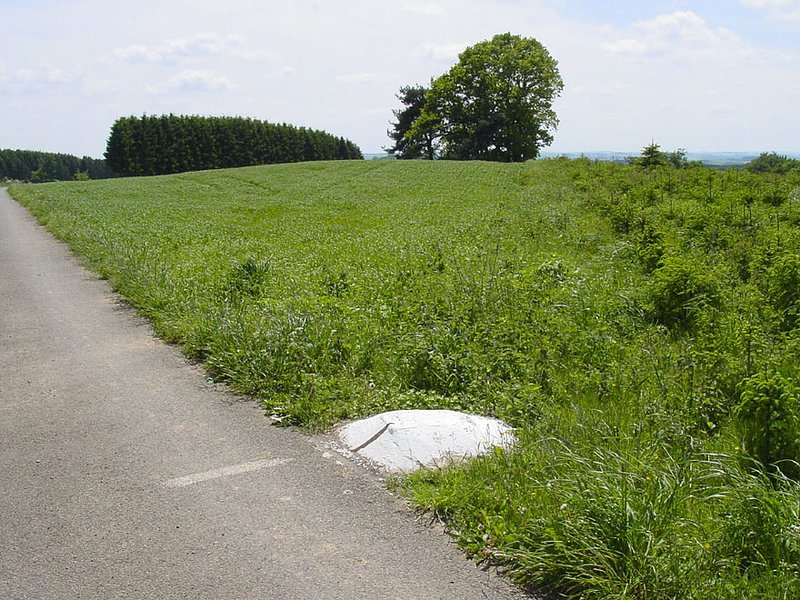 High in the Ardennes, in the picturesque commune of Troisvierges, lies the towering peak of Kneiff. At 560m (well, 560.05m to be precise), this mighty mount has had a humble history. For a long time, nearby Burrigplatz was considered to be the highest. But now, the peak has got its due, and has even been summited by renowned YouTuber 'Tim Traveller'.

The Grand Duchy's lowest point, at 133m above sea level, lies at the confluence of the rivers Moselle and Sûre in the small eastern town of Wasserbillig. It's a pretty spot, with a pleasant fountain  (Editor's note: a reader informs us that the fountain has been filled in, what a shame!) framing the view into nearby Germany. Wasserbillig, incidentally, is also home to a rather affable goose. 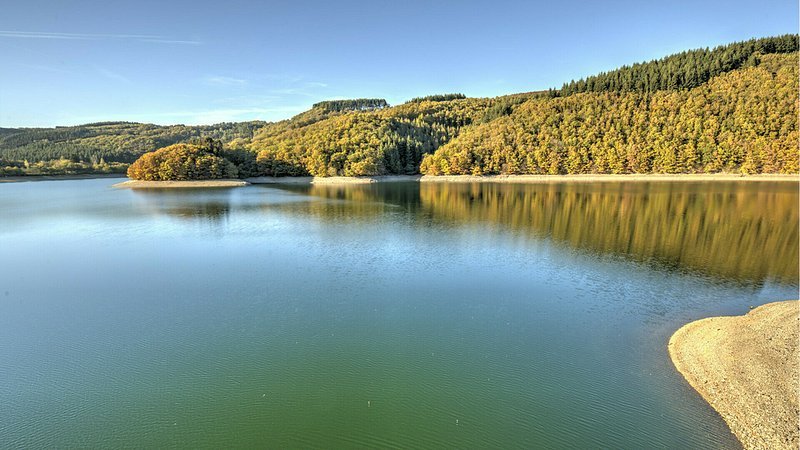 It may not be the Med, but the Upper Sûre Lake is the closest to a beach break that the Grand Duchy can offer. The popular bathing spot, with a surface area of 3.8km2 and a 48km shore line, is also the largest body of water in Luxembourg. The lake was created with the damming of the river Sûre, completed in 1961 to meet the country's drinking water and electricity needs. 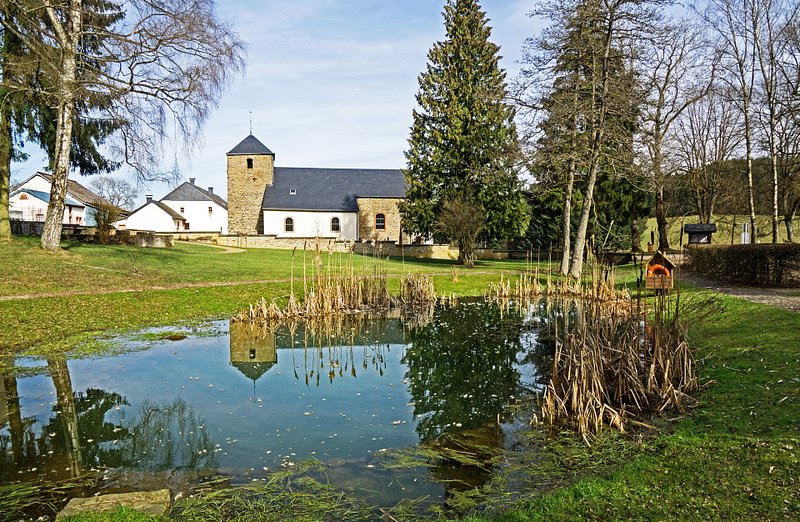 The largest settlement is pretty obvious. But the smallest? A tenth century church and a cluster of historic buildings nestle in a quiet valley. The location is Rindschleiden (population: one), near Wahl, in the rural west. The village consists of the church, dedicated to Saint Willibrord (himself an interesting character), a museum, and a grand total of two other buildings.

It's a peaceful spot and worth a visit. The Thillenvogtei rural museum showcases rural life and traditional farming techniques, while a calming meditation walk takes you across a boardwalk through the valley.

While Rindschleiden gets all the credit, however, there are two other localities which also have a population of one. Klaushaff in Helperknapp commune is, well, just a house really, but you can just about peek at it through the trees: 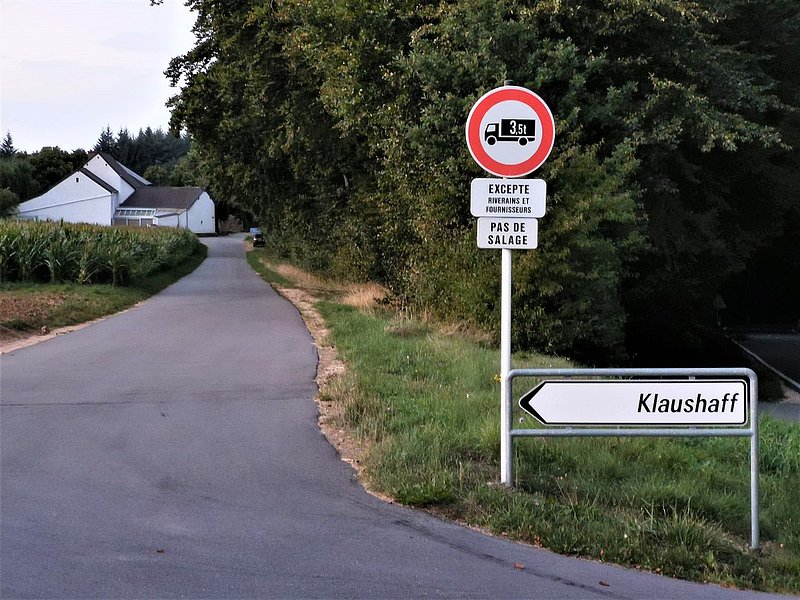 Waldhof in Niederanven commune also makes the list. It is the only settlement within the Grünewald forest and, due to its isolation, also the site of a military munitions dump. Tragically, in 2019, an accident at the dump led to the deaths of two army officers, when a WWII bomb exploded. 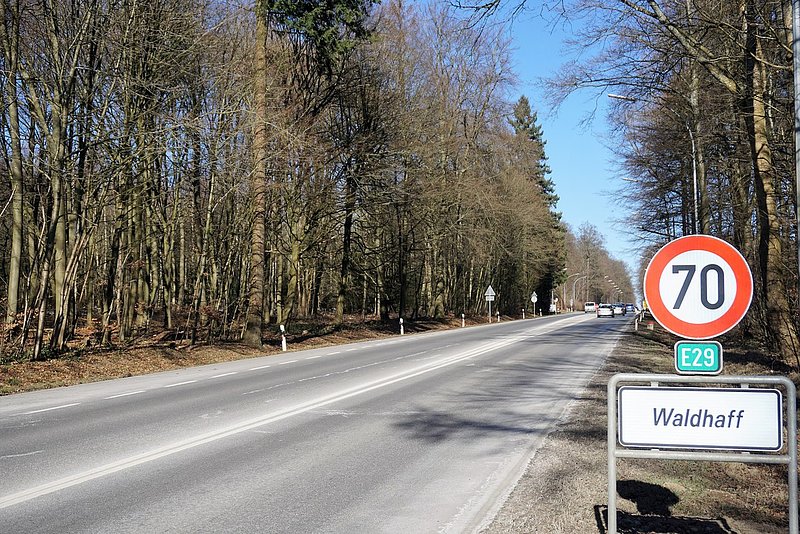 The entrance to Waldhof /

Entrance to Waldhof by  GilPe 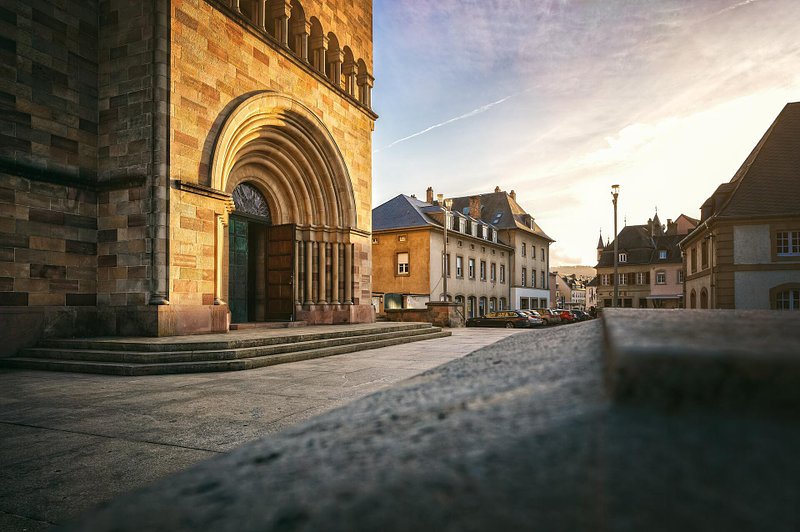 In 698, Irmina of Oeren granted Saint Willibrord (at the time just plain old Willibrord) land to build an abbey. The abbey opened in 700 in Echternach, with the town growing around the religious site over the centuries. Since then it has been considered Luxembourg's oldest town.

Yet the history of habitation in Luxembourg goes back much further than this. Decorated bones dating back over 35,000 years have been found in Oetrange, while simple dwellings have been found from the Neolithic period (around the fifth millennium BC) at Grevenmacher, Diekirch, Aspelt and Weiler-la-Tour. Indeed, from the time of Julius Caesar until the early fifth century AD, the region was under Roman occupation.

So Echternach's status as the oldest town could be up for grabs. In the Roman era, for instance, while Echternach was the site of a villa, the future Luxembourg City hosted a guard tower protecting two Roman roads. The search continues...

At 115m and 31 storeys high, the European Union’s Court of Justice, tower three (left-most tower on image), is the tallest building in Luxembourg. The other two towers – both 27 storeys high and 107m up – share second and third place.

In terms of tallest structure, however, the 300m high Hosingen TV and radio transmission mast wins hands-down. Handily, it’s used to transmit RTL programmes across the region. The transmission masts at Junglinster, meanwhile, stand at a still-pretty-tall 215m, or 217.5m if you include the lightning rods. 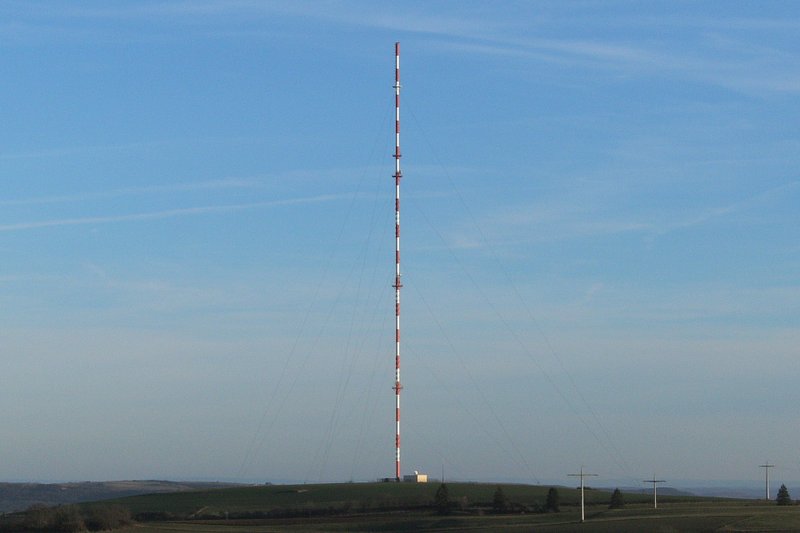 The transmission tower at Hosingen. /

To stretch the definition a little further, you could argue that Europe's tallest building, the Lakhta Tower in Saint Petersburg, Russia, is in fact Luxembourg's 'tallest'. The tower, at 462.5m and 87 storeys, relies on high-performance structural steel to achieve its lofty height. The steel was made at ArcelorMittal's mill in Differdange, so technically speaking, the tower only stands thanks to Luxembourgish craftsmanship. 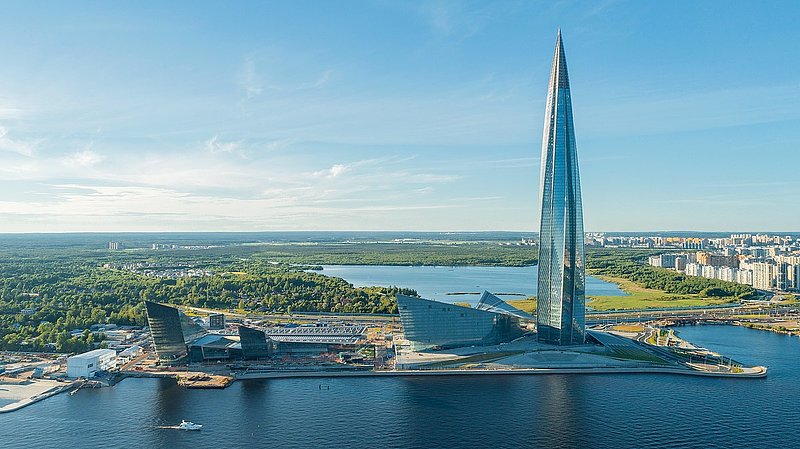 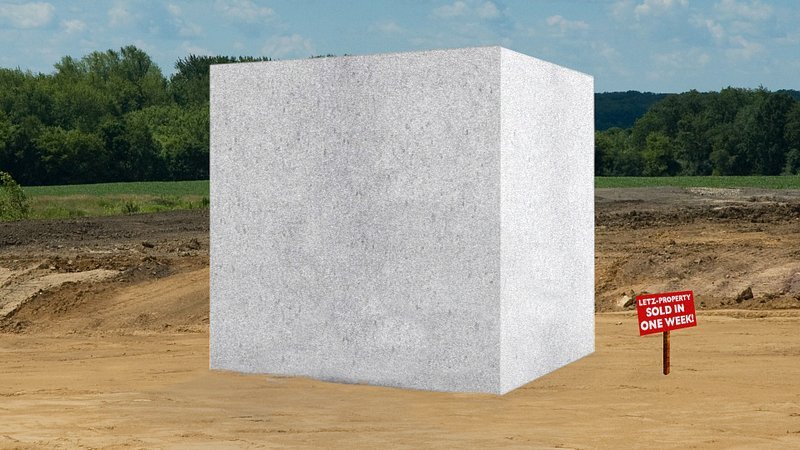 A mysterious object that appeared overnight in the Grand Duchy and was believed to be an alien pod turned out to be a new, modern house. As our Luxembourg Wurst columnist reports, “the windowless concrete cube, which appeared overnight in Cessange, was first spotted by a neighbor who said it didn’t look like anything she’d ever seen before.”*

*Okay so this one’s a joke, but really, there are some very tiny living spaces in Luxembourg.