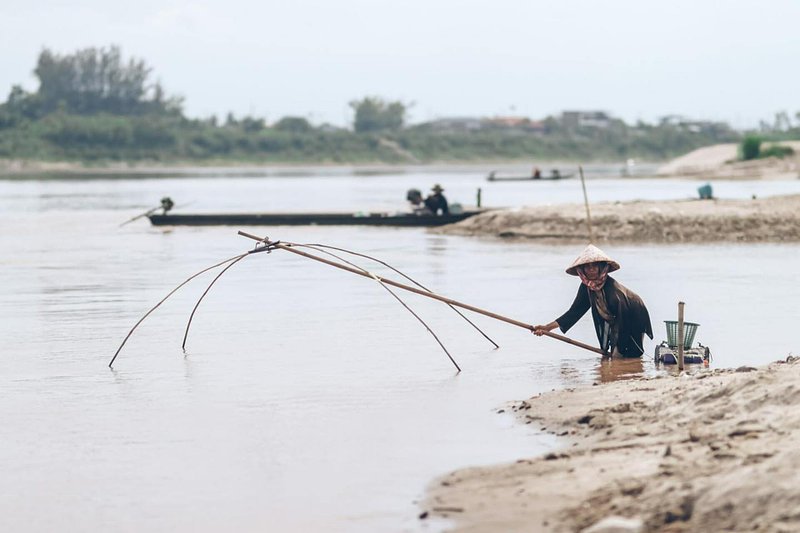 A fisherwoman in Laos / © Unsplash

Since 1997, Luxembourg has been involved in the development of the mountainous southeast Asian country. But what is it doing in Laos and why did it get involved in the first place?

On the surface there are similarities between Luxembourg and Laos. Both countries are landlocked, and surrounded by much larger neighbours. Both also have significant cultural and political influence from the French: in 1795 the territory of Luxembourg fell under French rule, while in 1893 Laos came under a French protectorate.

Yet Laos is a giant compared to Luxembourg, at nearly 100 times the size. It’s neighbours are also of a scale unlike Luxembourg’s. To the west lies Vietnam, which at 96 million has a population larger than Germany’s. And to the north is China, with its vast population of 1.4 billion.

Laos is also at the opposite end of the scale from Luxembourg in wealth and life chances. The Human Development Index (HDI) is a ranking which looks at a country’s ability to provide long and healthy lives for its citizens, to generate knowledge through education, and to ensure a decent standard of living. The HDI for 2019 ranks Luxembourg as 23rd in the world, ahead of France and close behind Belgium and Germany. Laos, by contrast, is 137th out of the 189 countries ranked.

Luxembourg’s life expectancy at birth is 82.3 years. Laos’s is 67.9. Per 1,000 live births, 2.6 infants die in Luxembourg, whereas 36.4 die in Laos. Where Luxembourg’s residents have an average of 12.3 years of schooling, in Laos the figure is just 5, although improving.

Laos is thus a country that is small enough compared to its regional neighbours for Luxembourg to be able to make an impact, and with needs great enough that life chances can be substantially improved with the Grand Duchy’s assistance.

A brief history of Luxembourg’s assistance to Laos

In 1997 Luxembourg established diplomatic relations with Laos, on the margins of a UN General Assembly meeting in New York. This paved the way for substantial Luxembourgish support for the people of Laos, with the government choosing to partner with a limited number of countries (just seven currently) in order to maximise the impact of development assistance.

Luxembourg’s assistance was quick to make a difference, with the signing of a general cooperation agreement between the two countries in 2000 and, one year later, the opening of the Maria Teresa Hospital in Vientiane, Laos’s capital. The hospital is named after the Grand Duchess, and helps around 7,000 patients a year. Luxembourg has invested four million euros in the project, including the creation of a nursing school. 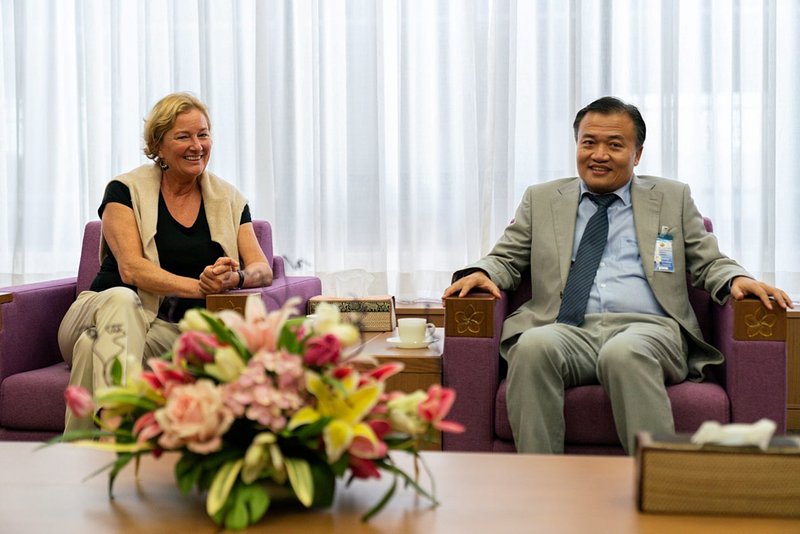 Subsequently, Luxembourg has invested regularly in the country, with a total budget of over 175 million euros since 2003. This money has paid for a raft of projects, from providing skills training to Laos’s tourism industry to providing help with Laos’s emergency response to the Covid-19 pandemic.

Luxembourg sealed its commitment to Laos in 2016 with the opening of an embassy in Vientiane, including an office for LuxDev, the Grand Duchy’s development agency.

Does the aid work?

Luxembourg is one of the most generous givers of aid, according to the OECD, ranking third among listed donor countries in 2020.

However, in general, it can be difficult to ensure aid does what it’s supposed to do. An evaluation of one project on disaster risk reduction in Laos from 2011-2014, for instance, which was funded by the Ministry of Foreign Affairs (MAEE) and implemented by Care, Caritas and Luxembourg Red Cross, found that while there was much evidence of good practice, there was also a lack of reliable information on the effectiveness of the project. 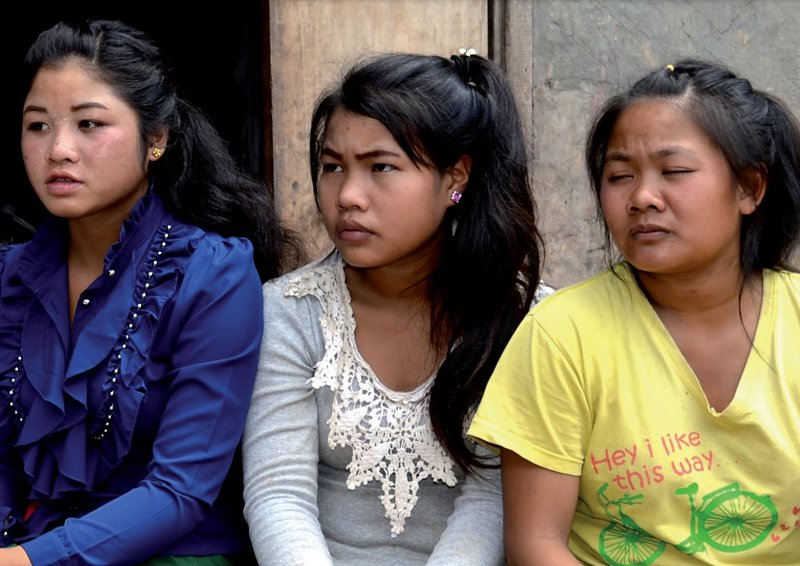 The Luxembourg government tries to address such issues through internal and external scrutiny. Aid is evaluated by both the Directorate for Development Cooperation and Humanitarian Affairs within MAEE and LuxDev, including through independent external evaluations.

What about human rights?

Laos is a one-party socialist republic, with one of the world’s most repressive governments. Foreign journalists operate in the country with difficulty, forced to be accompanied by a government minder. The local media, meanwhile, is fully controlled by the communist party.

In April, the UN’s special rapporteur on human rights defenders called for Laos to free three activists – Somphone Phimmasone, Soukan Chaihand, and Lodkham Thammavong – who were handed long jail terms for criticising the government.  A spokesperson for MAEE told RTL Today that the Luxembourg government supports the UN special rapporteur’s stance and is also calling for the release of the activists.

Despite receiving generous amounts of aid from foreign donors including Luxembourg, however, the government of Laos has so far been effective at resisting international pressure for democratic reform. 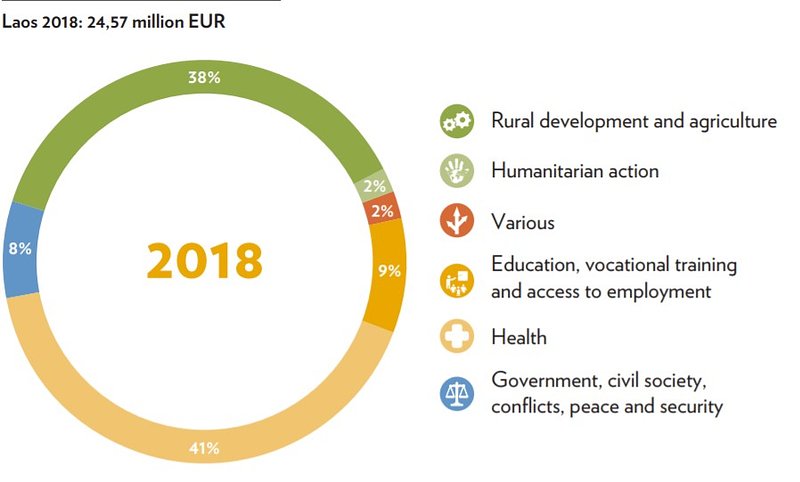 The spokesperson added that, as well as projects on local governance, Luxembourg is funding projects with the Laos Ministry of Justice and the Institute for Legal Support and Technical Training in order to support the rule of law. They are also working with the University of Laos on legal education, and the NGOs Caritas, Care, and Handicap International on ensuring access to human rights.

They further said that the overall objective is to empower the people of Laos to support their own development.

Luxembourg is clearly in Laos for the long run, but while nearly 25 years of development assistance to date has undoubtedly helped ordinary Laotians, the government of Laos retains its iron grip.