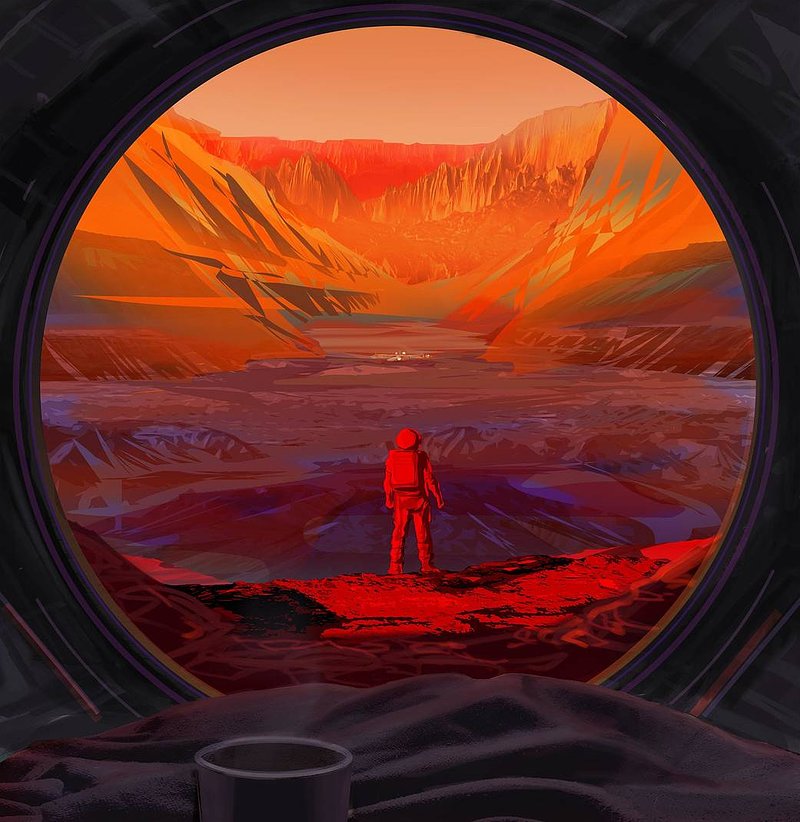 Within three years, NASA aims to establish sustainable yearly missions to and from the moon, laying the foundations of deep space exploration. What are the next steps? This Knowledge Bite breaks down the historic programme.

Firstly, it must be said that NASA's communications department provides a huge amount of excellent material. Their website and Youtube channel are definitely worth a look at, and most of the information in this article is based off the agency's intriguing and well-written articles.

The idea of spaceflight and exploring unknown worlds beyond Earth having been bubbling within humankind since the day the Wright brothers lifted off into the sky at Kitty Hawk. Now, almost 120 years after, governments, start-ups and wealthy private individuals are pumping billions into developing (commercial) spaceflight and everything that comes along with, including efficient reusable rockets, or how we could live on the moon and repurpose it as a base to fly to other planets.

NASA, the American National Aeronautics and Space Administration, is currently executing the Artemis lunar exploration programme, which aims to fly the first woman and next man to the moon by 2024 - it would be the first moonwalk since 1972. The aim is then to establish sustainable missions from and to the moon by 2028, the first step to explore what is beyond.

The Artemis programme is subdivided into three parts. The first, planned for 2021, aims to launch an uncrewed flight to test NASA's two new developments, the Space Launch System (SLS) and Orion spacecraft. The SLS will be the most powerful rocket NASA has ever built, capable of carrying over 100,000 tonnes by 2024. Orion, on the other hand, is the spacecraft the astronauts will be travelling in, which also acts as an exploration vehicle. It sits on top of the rocket.

Within three years we're going to have the first woman and next man on the moon.

The second mission will carry an actual crew, having already tested the capabilities of the SLS and Orion. Their mission will be to confirm all of the spacecraft’s systems operate as designed for deep space. The third flight will aim to land on the moon. Let's look at all of these missions in a little more detail. 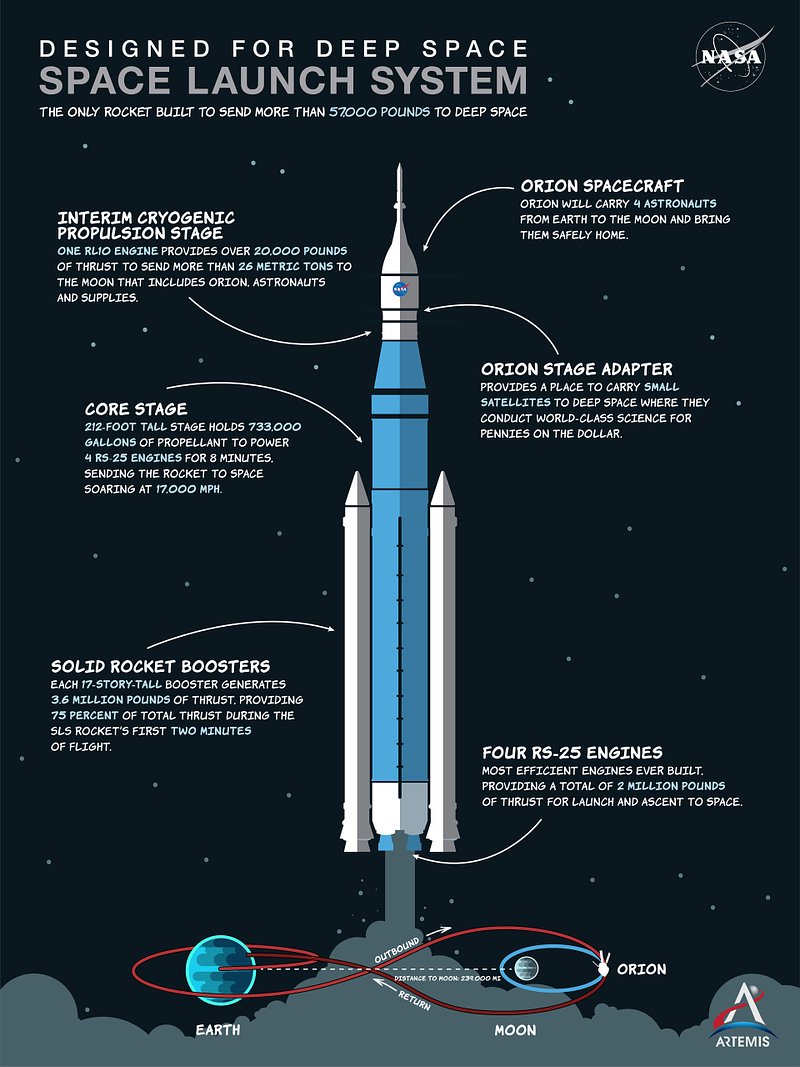 Artemis I: Uncrewed flight to test launch system and spacecraft (2021)

The first launch will take the Orion spacecraft and SLS 450,000km away from earth, roughly 70,000km further than actually needed to get to the moon. This three-week mission will be crucial to the rest of the programme, as it tests the limits of what the spacecraft and SLS can endure. Orion will stay in space longer than any ship for astronauts has done without docking to a space station and return home faster and hotter than ever before.

As Orion continues on its path from Earth orbit to the Moon, it will be propelled by a service module provided by the European Space Agency (ESA), which will supply the spacecraft’s main propulsion system and power (as well as house air and water for astronauts on future missions). Orion will hopefully demonstrate its unique design to navigate, communicate, and operate in a deep space environment.

The outbound trip to the Moon will take several days, during which time engineers will evaluate the spacecraft’s systems and, as needed, correct its trajectory. Orion will fly about 62 miles (100 km) above the surface of the Moon. The spacecraft will stay in that orbit for approximately six days to collect data and allow mission controllers to assess the performance of the spacecraft.

In a precisely timed engine firing, hand-in-hand with the slingshot propulsion by the Moon's gravity, Orion prepares for return to Earth. This manoeuvre will set the spacecraft on its trajectory back toward Earth to enter our planet’s atmosphere travelling at 11,000 kilometres per second, producing temperatures of approximately 2,760 degrees Celsius. 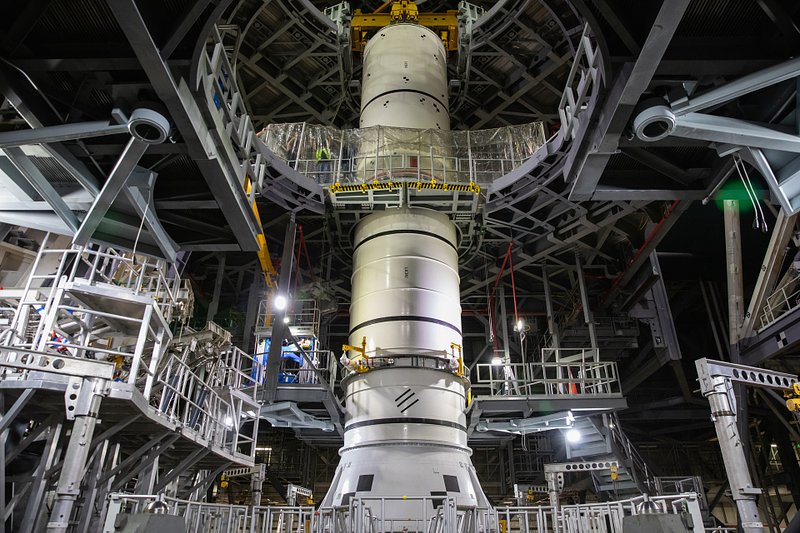 The second mission, called Artemis II, will in large part be based on the findings of the first mission, where crucial systems are put to the test to make sure humans will be safe to travel onboard.

A team of astronauts will take the SLS and Orion for another ride to the moon, similar to the departure in the first launch. The crew will circle in low-Earth orbit to double check all systems now that they are still close to home. Then, with a hig-power burn, Orion will separate from the interim cryogenic propulsion stage (ICPS) and set course for the moon.

Astronauts will test the radiation shelter, a system implemented to limit the crew's exposure to radiation in space.

On the remainder of the trip, astronauts will continue to evaluate the spacecraft’s systems, including including demonstrating Earth departure and return operations, practicing emergency procedures, and testing the radiation shelter, a shelter-like system implemented to limit the crew's exposure to radiation in space.

The Artemis II crew will travel beyond the far side of the Moon, so that the earth and the moon will be visible behind each other through one window. With a return journey of four days, the mission is only expected to last 10 days. The trajectory is fuel-efficient because the Earth-Moon gravity field is harnassed to pull the Orion back towards Earth. 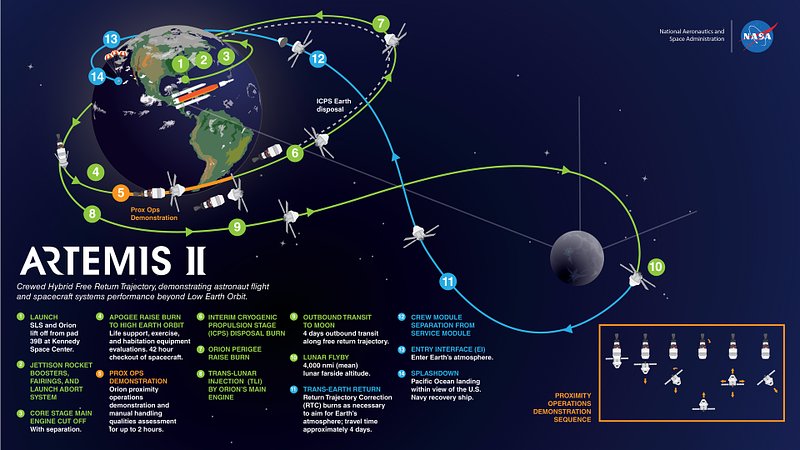 Artemis III, scheduled for 2024, will take a crew to the moon once again - but this time touch down on solid ground. It will be the first of such missions since 1972, three years after Neil Armstrong took "a small step for a man, but a giant leap for mankind".

Following the first mission to put boots on the moon, NASA is planning regular flights to establish a Gateway orbiting the moon - comparable to the International Space Station that is currently circling Earth. This Gateway is key to establishing a lunar presence, as astronauts can use it as their temporary base inbetween missions.

A whole generation of explorers is working behind the scenes to develop this system. It will act as a solar-powered communication hub, a science lab and of course a short-term habitation module. Construction is in fact to begin very soon.

So what will be the next steps after regular flights have been established? Space agencies plan on constructing a Artemis Base Camp, supporting missions of up to two months. This, then, will also provide the foundation for potentially travelling and setting up camp on Mars.