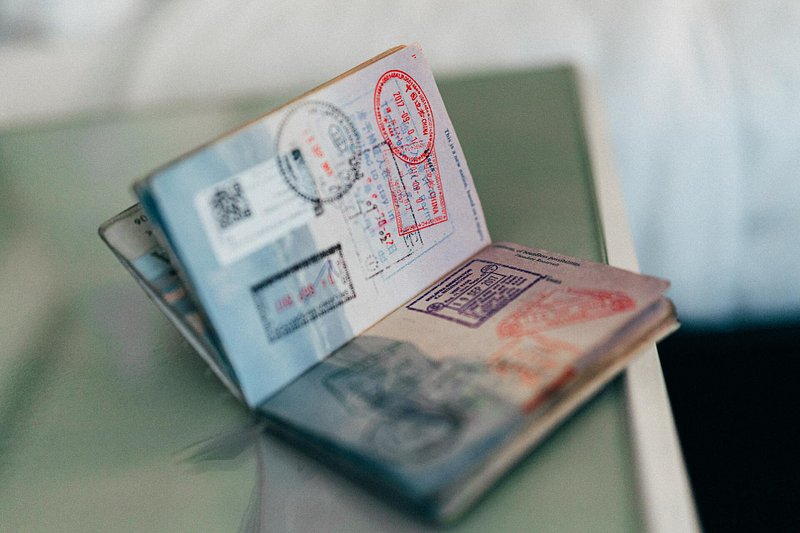 The Henley Passport Index is known to publish an annual ranking of countries according to their citizens’ ability to travel to a destination without prior visa application. Every year, the Grand Duchy places among the top 10, but what does it actually mean that our passport is considered to be so valuable?

The concept of travel documents goes back significantly further than our modern-day passports. References to identification papers can be found in some of the oldest written records of human history, as for instance in the Tanakh, where Persian King Artaxerxes I is said to have issued a letter guaranteeing one of his servants safe passage through foreign lands. Historians suggest that the term passport also has an etymological link to such early writings, as travellers would often be requested to show identification papers when passing through a port or gate.

However, the booklet form we know today is still comparatively new. The design was first presented during a 1920 conference of the League of Nations in Paris. Passports had gained in importance in Europe during and after World War I, as international tensions lead to increased border security. The universal design was therefore chosen as a means to create a transparent document used by all members.

Nevertheless, the global standardisation only began in 1980 when the International Civil Aviation Organization (ICAO) set new regulations for machine-readable passports. Today, over a hundred countries, including the Grand Duchy, have adopted the even more advanced biometric passport, which encompasses facial, fingerprint, and iris recognition. 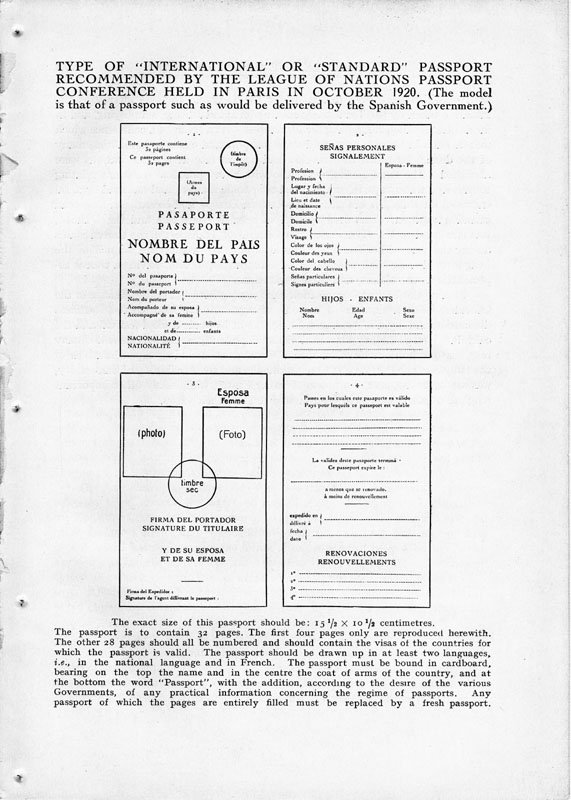 © Illustrated Album of The League of Nations, p. 63

Still, the sole possession of a valid passport does not always guarantee passage to any destination. In many cases, travellers must also apply for a visa before entering a country, a secondary travel document that evolved alongside the present-day passport. They can be understood as temporary authorisations and have to be issued by the foreign state in question. If granted, the visa approval would formerly often be integrated into the passport in form of a stamp or sticker. However, nowadays visas also often come in electronic form, which means that the physical footprint in a traveller’s passport is no longer as clearly visible as it used to be.

The visa application process can be rather lengthy and even costly in some instances. While it is certainly a useful tool for countries to monitor the irregular flow of foreigners entering and staying on their territory, it has also led to some nuisances over time, as the process can be just as complicated as applying for a loan. An example might be helpful to understand the wider dimensions of the issue.

In 2018, the 5th Global Symposium on Health Systems Research took place in Liverpool. A number of international guest speakers, researchers, and academics were invited to the UK for the occasion. The event’s website already warned all participants of the country’s extensive visa application process, and suggested that financial documents may be used to strengthen an application: “evidence that you can support yourself during your trip, for example, bank statements or pay slips”.

Venue for the 5th Global Symposium on Health Systems Research in Liverpool in 2018 / © healthsystemsresearch.org

Nevertheless, at least ten invitees, who even had received scholarships to attend the symposium, had their visa requests denied by the UK government. Quite a debacle in the end, since some of the other researchers took it upon themselves to have a closer look at the government’s regulations and subsequently identified “six specific challenges faced by African visa applicants, including practical and logistical barriers, inconsistent decision making, lack of procedural fairness, financial discrimination, gender and racial bias, and lack of accountability or right of appeal”. Interestingly enough from a 2020 perspective, the analysis pointed to specific cases of African researchers being invited to the UK as part of a pandemic preparedness training and still being denied entry permission. Maybe not the smartest use of travel visas in retrospect.

Now, where does the Henley Passport Index come into play? The ranking is compiled based on the number of countries a passport holder can reach without having to apply for a visa prior to travelling. This means that the most points are awarded to those countries that have the best international relations, so to say. For over fifteen years, the organisation has used data from the International Air Transport Authority (IATA) to compare around 200 passports and release an annual ranking.

As of 2020, Japan has been declared the sole leader with direct access to 191 countries, followed by Singapore (190), and South Korea and Germany on joint third spot (189 countries). The Grand Duchy shares the fourth place with Italy, Finland, and Spain, all having direct access to 188 countries. Luxembourg has consistently remained in the top ten over the past fifteen years, the lowest ranking being sixth in 2016, and the highest second in 2013.

As a final fun fact, the website of the passport index has a section entitled Compare My Passport. Here you can draw up two or more passports next to each other and get a complete overview of all countries that can be directly accessed or not, which also shows where some states are ahead of others.