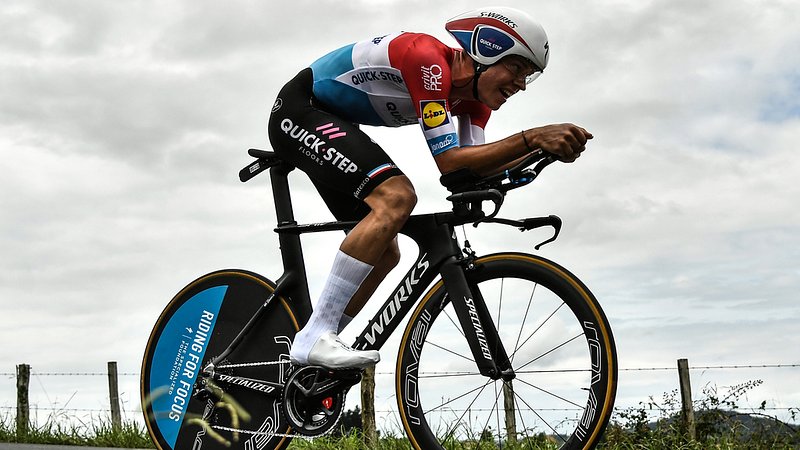 Luxembourg's Bob Jungels rides during the 20th stage of the 105th edition of the Tour de France cycling race, a 31-kilometer individual time-trial between Saint-Pee-sur-Nivelle and Espelette, southwestern France, on July 28, 2018. / © AFP archives

The Tour de France might be the world’s most well-known bicycle race, taking its contestants through France over the course of 23 days, with the last stage always ending in Paris.

The first edition was held in 1903, well over a hundred years ago, but due to several interruptions such as wars, 2020 marks the 107th edition.  It is a special edition, taking place during a pandemic for the first time (it was cancelled during the Spanish Flu),  which is the reason why it had to be delayed and is taking place now instead of July. This year only one Luxembourgish cyclist is taking part, but if you want to know more about Luxembourg’s involvement in the Tour over the course of the years keep on reading.

The tour has already been won by Luxembourgers 5 times. François Faber was the first Luxembourgish cyclist to win the race in 1909. Son of a Luxembourgish father and a French mother, Faber was the first foreigner to win, even though he lived in France. He attempted the Tour for the first time in 1906 but didn’t manage to finish it, and working harder each year he finally won the race in 1909 despite horrid weather conditions. In that race he also won 5 consecutive stages, which is an incredible achievement. Over the course of his professional career he won 27 races in total and because of his, rather large, size he acquired the nickname ‘The Giant of Colombes’. Unfortunately, he died in WWI fighting for France. A small scale race, the ‘Grand-Prix François Faber’ was named after him, and it still takes place every year in Luxembourg - though it had to be cancelled this year because of Covid-19.

It took several years before another Luxembourger was as successful during the Tour, but then Nicolas Frantz won the race twice, once in 1927 and then again in 1928. Focusing on his professional cycling career from 1923, he was soon successful and actually won the previously mentioned ‘GP François Faber’. In 1928 he was so successful that he got to wear the yellow jersey straight through from beginning until the end, setting a record. Frantz lived in Mamer until his death in 1985.

After Frantz it was Charly Gaul who won the tour in 1958. Gaul was already a successful amateur cyclist when he turned professional in 1953. That year he first took part in the Tour, and similarly to Faber he didn’t finish this first race. The previously mentioned Frantz was Gaul’s first team manager. Gaul was strongest in the mountains, gaining the nickname ‘Angel of the mountains’, and preferred rainy and cold weather, something most people would not consider ideal cycling conditions. Gaul ended his professional career in 1962 with rumours of substance abuse following him, after opening a café in Bonnevoie he soon felt uncomfortable In the public eye and moved to the Ardennes. In later years he worked in the archives of the Sports Ministry in Luxembourg and attended stages of the tour occasionally. He was ‘Luxembourgish Sportsperson of the year’ 4 times and in 1999 was even crowned ‘Sportsperson of the century’. Now several roads are named after him. He succumbed to a lung infection in 2005, shortly before his 73rd birthday.

The last winner, for now, is Andy Schleck who won the Tour in 2010. He gained the title in 2012 when the previous winner Alberto Contador was disqualified for substance abuse. Before winning the Tour he was awarded the jersey for the strongest young cyclist in several races, meaning that he was very successful from a young age on. This is not surprising as the talent runs in the family, his father, Johny, and his brother Fränk were also professional cyclists and competed in the Tour but never won. Schleck was ‘Sportsperson of the year’ for 3 consecutive years, from 2009 to 2011. Schleck ended his career in 2014 due to an injury and proceeded to open a bike shop in Itzig. In said shop you can also find a very small museum which looks back on his cycling career.

Luxembourg didn’t only produce 4 winners but was also the setting for 12 stages, meaning that the Tour passed through part of the country. The first time this happened was in 1947, during the first edition after WWII.  A stage has finished in Luxembourg nine times, and the Tour even started in Luxembourg twice.  This was the case for the first time in 1989 and then again in 2002. The last time a stage of the Tour started in our country was in Mondorf in 2017. Occasionally time trial stages also took place in Luxembourg. These events always attract lots of visitors and a big audience who want to see part of the race.

The Tour might not be passing through Luxembourg this year but you can still watch it every day in the live stream on RTL.lu and support the Luxembourgish cyclist Bob Jungels from afar.

If you fancy yourself a bit of a cyclist, why not put your new knowledge to good use in our quiz, where you can win a €2,799 bike courtesy of RTL and Andy Schleck Bikes?