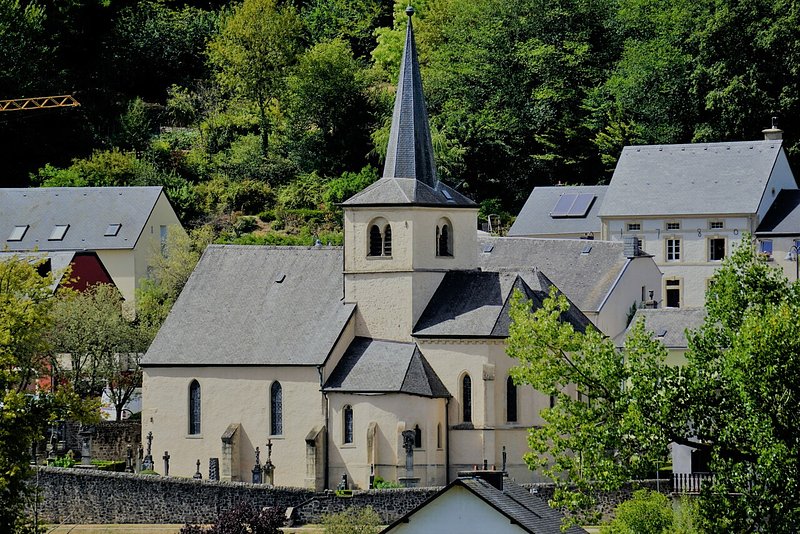 In the second part of our series, we continue to look at the different churches the Grand Duchy has to boast about – and we would love it if we had your input!

After exploring what the capital has to offer, this time we venture out a little further.

However, if you have any photos and nuggets of information concerning churches and chapels in your area – especially the ones that are lesser known – send them in to audience@rtltoday.lu (credit guaranteed)!

St Willibrord, patron saint of Luxembourg, founded this Benedictine monastery in the 7th century. Every Whit Tuesday, this famous spot in the Grand Duchy hosts one of the largest annual dancing/hopping processions in Europe, drawing in thousands of tourists, visitors and pilgrims.
Since the original inception of this religious site, six different churches have stood here: a Merovingian church (700-800, but the crypt still dates back to this time), a Carolingian church (800-1016), a Romanesque basilica (1031-1797), a Reconstructed basilica (1862-1944, the papal basilica was damaged during the Battle of the Bulge) and a Modern basilica (1953-present). 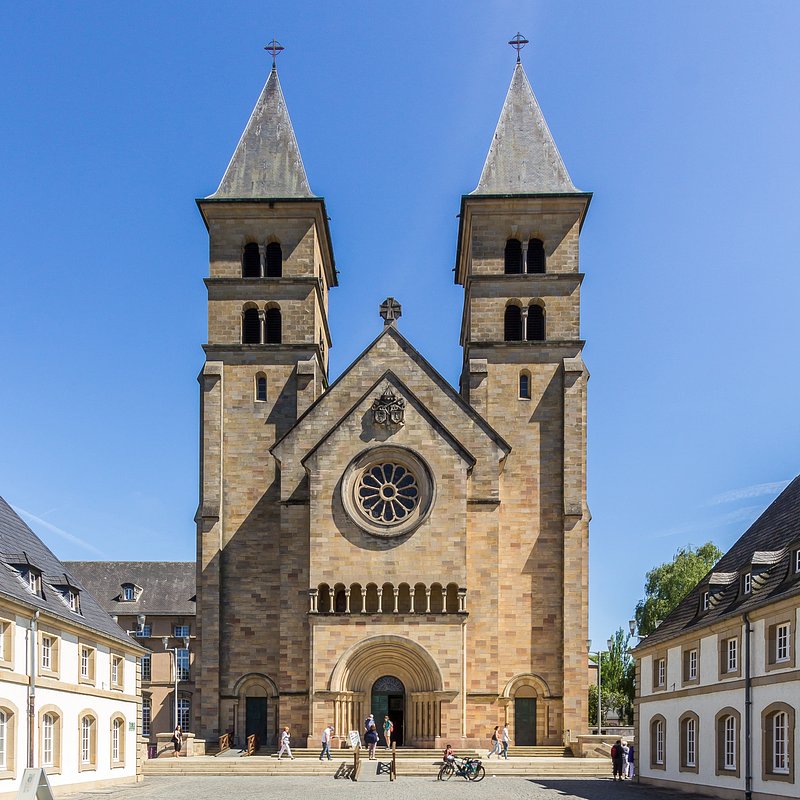 Erected in 1748 on the foundations of a small medieval church built around 1200, this church stands on a hill overlooking the village of Koerich.
The baroque building underwent restorations between 1991 and 1993, and was fitted with nationally crafted furniture and with paintings by Tirolean artist Millim. 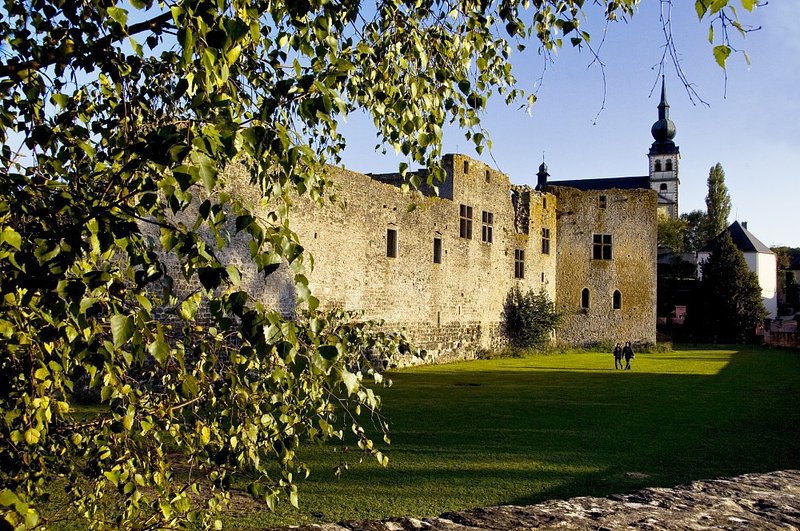 References to the Romanesque church first surfaced in 1318, and the architecture can be traced back to the 12th century. Funeral monuments stem from local artists from the baroque era, the spire was built in 1733, and renovations took place in the 1960s. 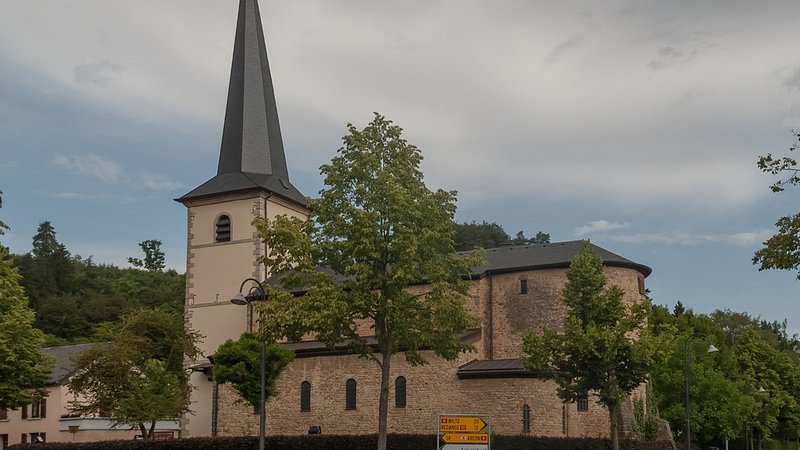 Nestled into the heart of Troisvierges, the Franciscan church from 1658 holds one of the oldest organs in the whole country. A valuable historical monument, it’s furnished in a Baroque style with not only statues of the "Three Virgins" (=trois vierges), but also numerous paintings from the Rubens school. 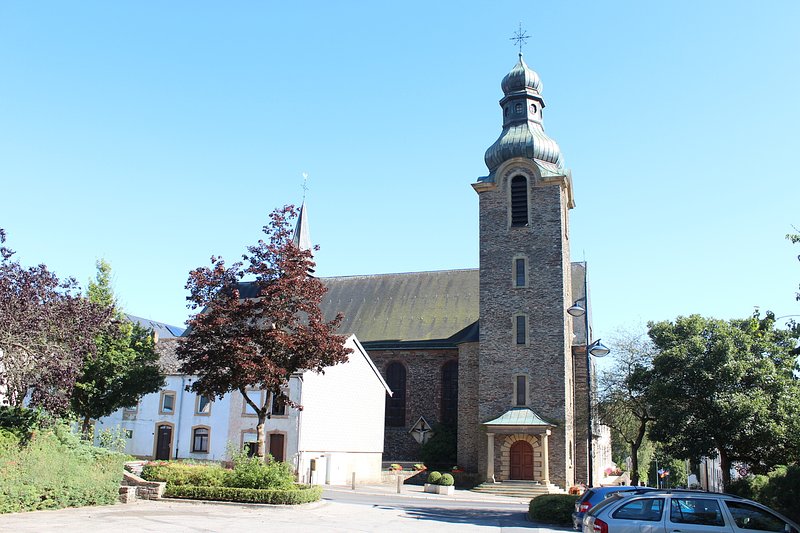 The foundations of the parish church of Septfontaines date back 12th and 13th centuries during the High Middle Ages. The vented tower and faces carves into the outer walls are all that remain from the original structure. The church is dedicated to Saint Martin (315-397), the Tours bishop particularly venerated by the Franks, and first
belonged to the abbey of Echternach before becoming property of the local feudal lord and unable to resume control until the end of the Ancien Régime.

Dudelange municipality entrusted architect Henri-Alphonse Kemp with the mission of building a new church after the original 18th century sanctuary became too small for the growing population attracted by the iron industry. In accordance with the predominant taste of the time, both the building - carried out from 1894 to 1900 - and furniture are neo-Gothic in style.
From 1924 to 1927, the Benedictine painter Notker Becker de Maria Laach covered the entire space with murals, but the work also includes “Stations of the Cross” (1900 to 1906) by Dominique Lang, Apse stained glass (1951) from Emile and Joseph Probst and “Altar in front of the people” (1981) by Aurelio and Bettina Sabbatini. 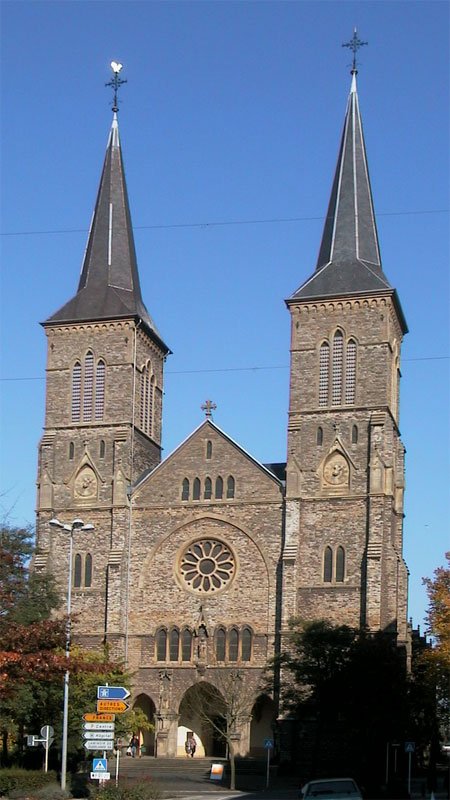 The "Old Church" with its two naves in Gothic style, dates back to 1467. In the Merovingian period (6th and 7th centuries), a pre-Romanesque church was built in the place of a Gallo-Roman sanctuary, certain parts of whose walls are still visible today. In the 11th century, this building was replaced by a Romanesque church, whose tour has been kept (12th century). Inside, the church has fine frescoes dating from the 16th and 17th centuries. In 1960, a cemetery, probably from the Merovingian period, was discovered underneath the church. 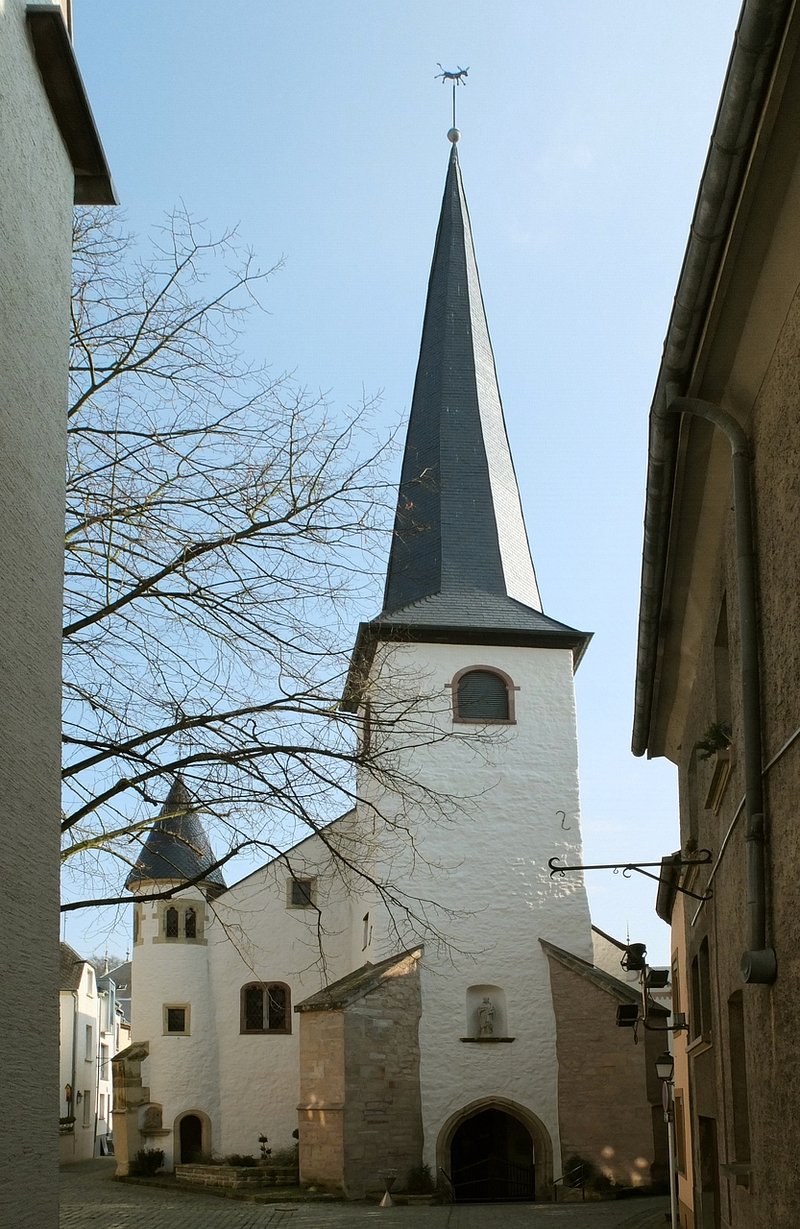