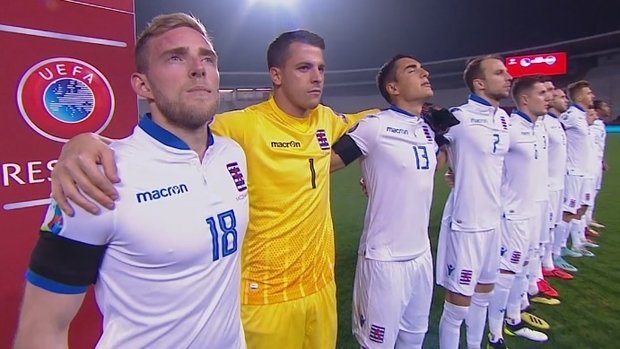 Serbia dominated the Roude Léiw side on Thursday evening, ending the game with three goals to Luxembourg's two. On Sunday, Luxembourg will face Portugal at the Josy Barthel stadium.

The Luxembourgers appeared to shoot themselves in the foot on Thursday evening despite a solid second half performance, losing 3-2 to their Serbian counterparts in part due to a disappointing first half.

Luxembourg started slow and negligently, allowing their opponents too much space for the attack. They quickly conceded the first goal, a Mitrovic header, after just 11 minutes of play.

The goal marked the beginning of a series of opportunities for Tadic and Mitrovic, who always seemed capable of breaking through the Luxembourgish defence. Luxembourg's first real chance did not materialise until the 22nd minute, when Oliver Thill's tense shot hit the Serbian post.

Tadic and Ljacic continued to test the Luxembourgish defence, until a solid Mitrovic shot, deflected by Laurent Jans, skimmed past Moris to make it 2-0 for the visitors.

Following the half time break, and a substitution (Skenderovic for Philipps), Luxembourg finally stepped it up a notch, putting pressure on the Serbian defence. The determination paid off, when Gerson Rodrigues perfectly controlled a Carlson pass to put the ball past Dmitrovic in the 54th minute.

The goal settled the Luxembourgers' nerves, as their play became markedly more combative compared to the first half. Despite this, Radonjic scored the Serbians' third goal from twenty metres out, with Moris unable to get a touch to it, in the 70th minute.

Luc Holtz's men responded well, continuing to push forward, and Turpel clawed one back with a header just five minutes after the Serbian goal.

But despite their best efforts, it wasn't enough for Luxembourg to snatch a third goal, as they paid the price for their slow entry into the game. The match ended 3-2, but in spite of the defeat the Red Lions will hope to emulate the spirit of the second half when they face Portugal on Sunday afternoon. Elsewhere in Group B, the latter soundly beat Lithuania 6-0 and will expect to confirm their qualification in Luxembourg this weekend.