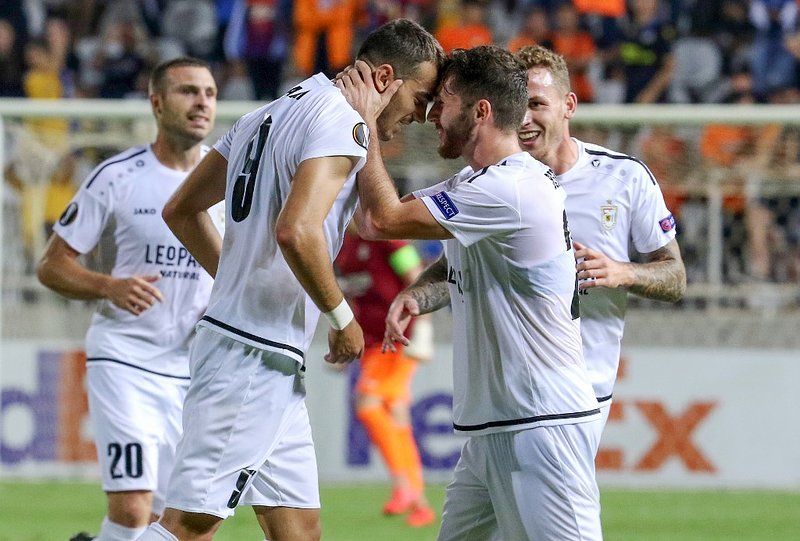 In winning its first match of the Europa League F91 Dudelange is actually performing better than French clubs.

So far, four match days of this season's Europa League have been played. Granted, much could happen in the remaining two, but so far, the trend shows that Luxembourg's team - F91 Dudelange - is playing better than the Ligue 1 teams, having had one victory in four matches.

Both Rennes and AS Saint-Etienne have not had a good season, with a tally of zero victories and losing four matches. Rennes has already been eliminated and Saint-Etienne would have to play faultlessly to progress. In short, the prospects are bleak for two clubs in the 5th European Championship.

Whilst F91 may be last in its groups, already it is performing better than French equivalents having experienced its first victory in the C3 group, winning 4-3 against Apoel Nicosia.

Dudelange's team has also scored more goals (7) than their French neighbours (6 for Saint-Etienne, 2 for Rennes) and remains the only team in its group to have scored against Sevilla FC.

However, Dudelange also has the worst defence in the Europa League, having let 15 goals in, notably 5 in the 2-5 loss against Sevilla FC.

Despite the position at the bottom of the group, the Dudelange footballers are only one point behind Qarabağ FK and Apoel Nicosia, and in theory, could still qualify for the next round.

To get to the next round in the European dream, F91 will have to play out of their skins in the next two matches.