F91 Dudelange could not push past Sevilla FC, losing 3-0 in their third game in the competition's group stages.

Faced with one of the competition's favourites, Dudelange left Andelusia without a point. Bertrand Crasson's men gave a solid display, keeping the Spanish side at bay in the first half, but could not sustain their performance in the second.

Sevilla dominated possession throughout the game, and could have come away with a higher scoreline were it not for a number of decisive saves by an on-form Jonathan Joubert.

Although outclassed by their opponents in speed and technique, Dudelange mounted a solid defence despite some hazardous marking, containing a number of attacks launched by Rony Lopes and Franco Vazquez. 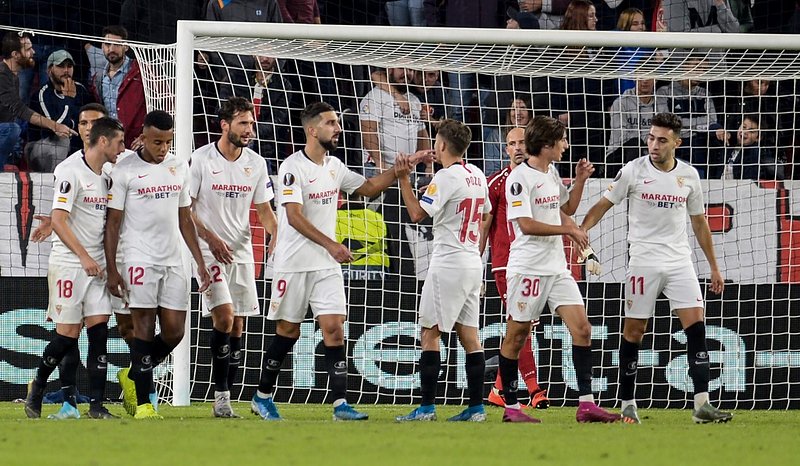 Despite their dominating performance, Sevilla could not break the deadlock by half time, while Dudelange's only chance at goal was an effort by Sinani which went wide.

The Andalusians took the lead shortly after the break, when an unmarked Vazquez headed past Joubert to score in the 48th minute.

Vazquez then scored a second, knocking in a rebound from a Joubert save in the 75th minute. Munir El Haddadi increased their lead in the 78th minute, narrowly beating Joubert in the process.

Dudelange, despite good performances by Danel Sinani and Jonathan Joubert, never really competed with the Spanish team. Crasson acknowledged their opponents' class at the end of the match, lauding the impressive technical level in Spanish football, but also said he was proud of his side.

The champions of Luxembourg, overwhelmed by a title contender, will have to battle hard in their next confrontations against Qarabag and Apoel Nicosia.

In the meantime, they need to rediscover their best form in the BGL League.