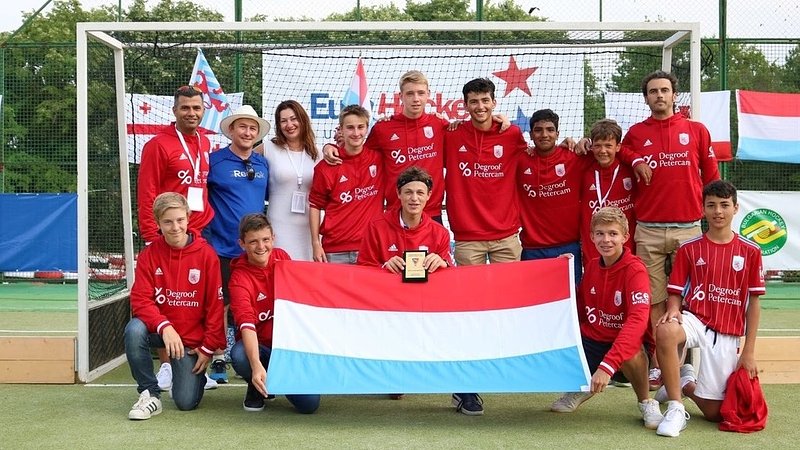 Just one year ago none of the boys would have thought that they would represent Luxembourg on a national level, 2000 km from home.

A year ago thanks to the hard work of coach Ignacio Gomez, a team with players from different clubs was put together and they started working towards their first international tournament.

Everyone was aware that, as a small country, it would not be easy for them to face larger nations such as Russia or Finland. However, after a couple of successful test matches against adult teams they felt confident thinking about the tournament in Bulgaria.

Unfortunately, 3 key players did not manage to obtain passports in time for the tournament which meant that they had to leave with a team of 8 instead of 10 players. Due to the lack of players, the team was not able to substitute players as often as the other teams and several players had to stay on the pitch for entire matches.

Despite their high fitness levels, the team did not manage to win any of their pool matches, always taking a narrow lead but conceding in the final minutes. In the end the team finished 6th out of 8, nevertheless they had played excellent hockey and their goalkeeper, Louis Colligan, was even awarded 'Best Keeper of the Tournament'. The team is now looking forward to their next tournament in Croatia, hoping to deliver a better result.

If you are interested in field hockey, you can catch the boys at tournament in Cessange on July 13th, entrance is free.