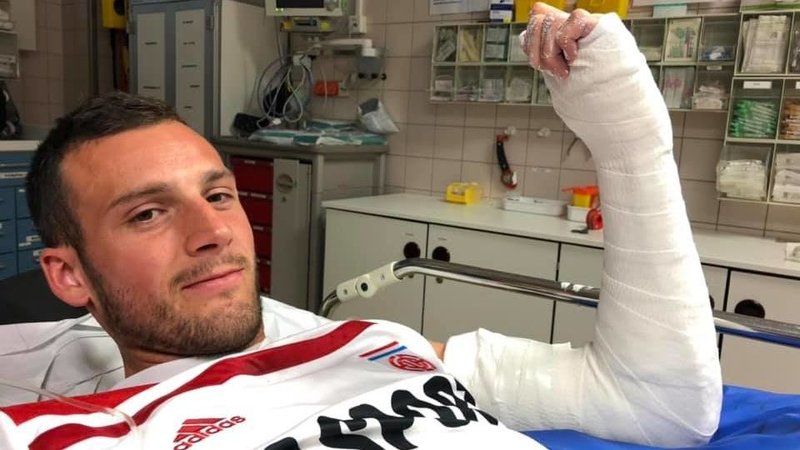 A friendly match ended with potentially grave consequences as Stefano Bensi dislocated his elbow while performing an overhead kick. The affected joint was set back in place at the hospital and put in a cast.

The seriousness of the injury remains as of yet unknown as a full diagnosis is still to be made, and as such the football player will be going for an MRI scan on Tuesday in order to determine whether or not the ligament was torn.

Should this be the case, the player would be out for a number of months. However, if the damage is not that severe there is a chance that Bensi will be able to be back on the pitch - albeit with a supportive splint - rather soon, says Fola Esch member Gilbert Goergen in an interview with RTL.