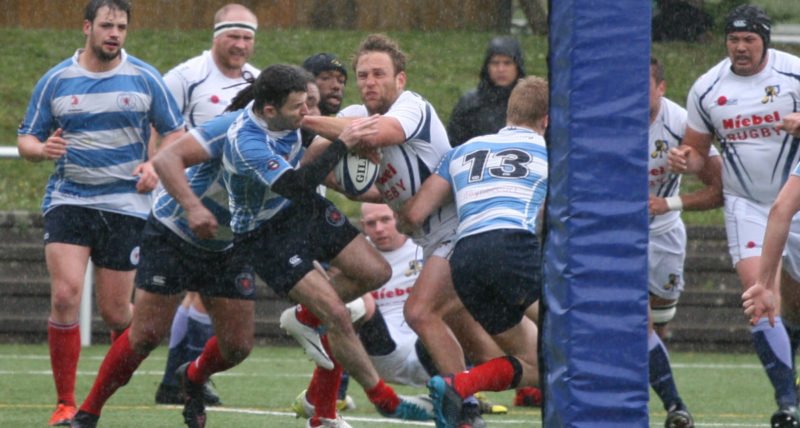 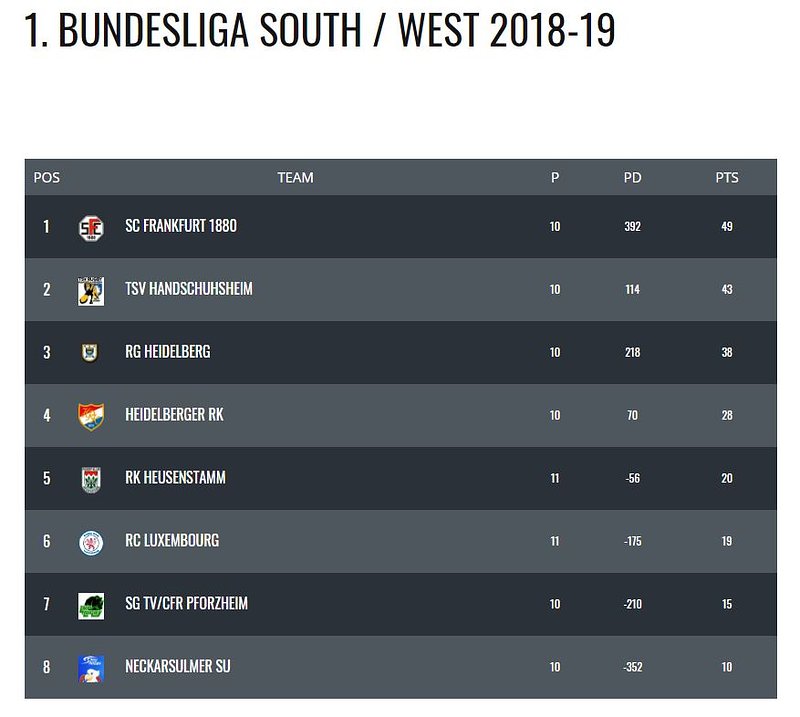 In what were wet and windy conditions, the home side started strongly with two tries in the first 15 minutes despite some strong defensive passages of play from RCL.

Germany international number 8 Jaco Otto would cross over for the host’s third try of the match.

With international Max Dozin out due to injury and other international players being rested following their win against Moldova, RCL’s Baptiste Lachaise showed maturity at fly-half, steering the team well in miserable weather conditions.

“I thought the young guys we picked for this fixture stepped up in the absence of the international boys and it was a good opportunity for them to have a taste of Bundesliga rugby and mix it up against a quality team” reflected RCL coach James Kent after the match. “We competed well in some aspects of the game, I thought our discipline in the first half was terrific but ultimately we had too many unforced errors and against a good side like TSV; you pay for those”.

Captain Scott Browne’s team would hit back with two tries of their own through number 8 Oisin Kilgallen and in-form fullback Adrien Timmermans, but it wouldn’t be enough as TSV Handschuhsheim ran away with the game 54-10.

Rugby Club Luxembourg now face Pforzheim at home on the 11th of May in what should be a deciding encounter for the club and their season. 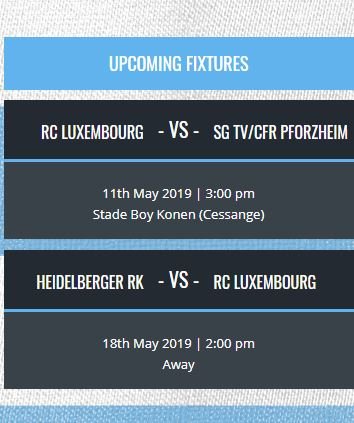