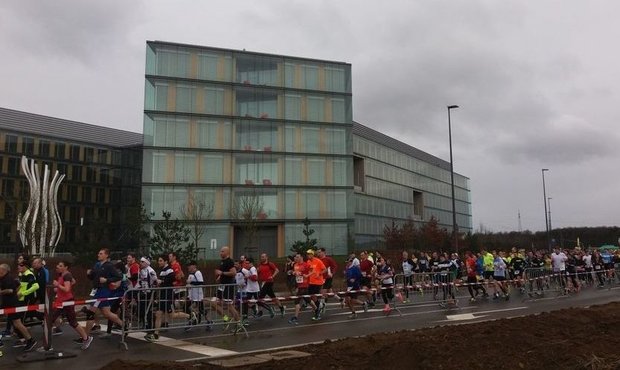 Yonas Kinde was the fastest runner at the 24th edition of Postlaf.

The Postlaf is a well established event in Luxembourg's athletics calendar and this year's edition again managed to attract a considerable number of participants.

2,340 runners started into the new running season on Saturday morning. About 700 of the registered runners decided against running the race - a good number of them probably due to the adverse weather conditions. The organisers had prepared for worse participation numbers.

Roughly a third of the runners are women. Participants have a variety of motivations for participating and the race attracts hobby joggers, former pros and current leaders of Luxembourg's long-distance running community. Like every year, people had the opportunity to make a donation to Caritas in order to support Bangladeshi children.
For the 4th time, Yonas Kinde won the Postlaf. He finished the 10km run within 31 minutes and 41 seconds. The fastest Luxembourger was Christophe Kass, who came in 4th place overall. Second and third fastest Luxembourgish athletes were Thierry Dondelinger and Luc Hoffmann respectively.

Some 450 children were not deterred by the weather and, depending on their age, participated in the 500 m or 1000 m races near the post office building.

Another 62 running events are on this year's agenda of the athletics federation, so there should be something for every runner.