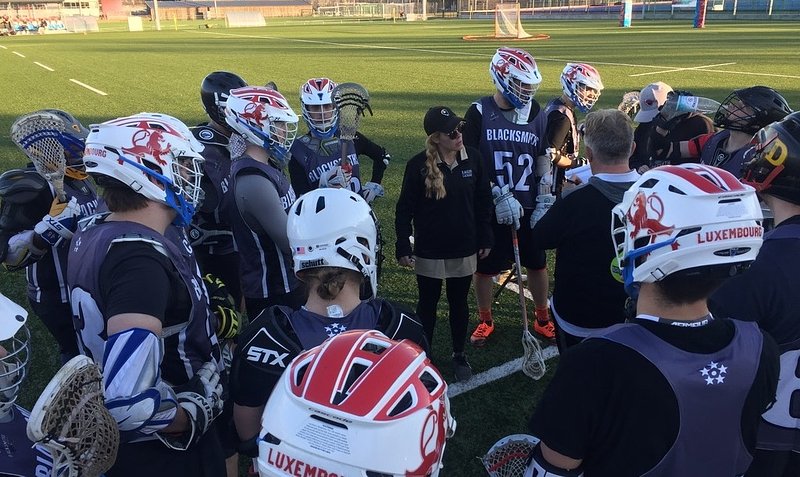 The Luxembourg Blacksmiths hosted their first Belgian Lacrosse League game day in 2019 at the field in Cessange. The team was under the coaching of newly appointed head coach Bruce Casagrand and Maiah Bartlett. Casagrande had worked with the team since Monday, spending two hours every night with the team installing new offensive and defensive systems.

The last game against the Rhinos had been a severe blow, exposing the inexperience and lack of composure of a young Luxembourg side with a 20+ loss. This game would see 15 players square off against a strong Machelen side. For Luxembourg, the side saw a wide range of experience – newly recruited national team goal keeper J. Spautz, several World Cup Internationals and Luxembourgish junior Lacrosse players like G. Lorentz who saw his first game after learning the fundamentals during in his school in Esch-sûr-Alzette.  The national team preparation campaign has also attracted regional talent, with J. Kirch and D. Seutz joining the Blacksmiths ranks from German neighbor Trier Legionäre and O. Griebel from K-Town Lumberjacks where several Blacksmiths compete in the German Lacrosse league.

A main concern of Casagrande before the game was to minimize the strong opposition at face-off (the kick-off of Lacrosse, determining possession of the ball after goals and at beginning  of quarters) and limit an experienced and physical front row’s ability to generate shots on goal. This proved successful over six minutes when Rhinos scored their first goal, after trading phases of speedy transition and slower, more contemplated on offense. Spautz reported several saves during this phase behind a defense composed of two players playing out of position (Long Stick Midfielder J. Schaul returned from injury and Y. Audrimont moved from midfield to defense). The Rhinos would find their rhythm in the first quarter and conclude the first period 4-0. 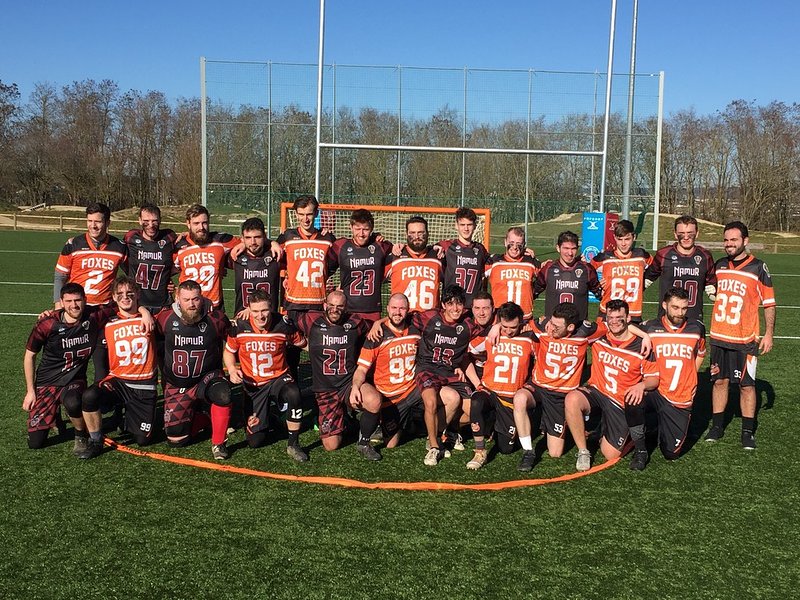 Blacksmiths reported their first goal of 2019, Cole Ritts found the back of the net after an assist from M. Salvia. Rhinos could extend their lead to 2-7 by the end of the second quarter. Coach Casagrande installed several changes in the team, field the second of three goalkeepers, P. Audrimont alongside several other changes. Several players contributed through strong individual action. C. Schusterschitz stood out in the third quarter with some ‘will over physics’ defensive efforts winning the ball in transition from the opposition. S. Salvatore had a very good day at face-off, denying most of the transition opportunity.

The Rhinos seemed almost on course for another 20+ goals win but found that the Blacksmiths remained determinant to narrow the gap and eventually close it. The third quarter ended with a tally of 3-10 and the Luxembourg coaching staff, content with the defensive performance and looking for more aggressive measures to narrow the gap, sent their players out for aggressive pressing. This proved successful in as much as it created a highly intense and physical fourth quarter but Luxembourg could not capitalize on the opportunities created by heart and hustle, ultimately falling to Rhinos 3-13.

Luxembourg Lacrosse’s Sports Director Henning Schmidt commented on the game: ‘This was a tough one – Rhinos showed us the standard to achieve and, I am happy to say this, we have made progress. We were unlikely to beat a team of this standard looking for promotion to Division 1 after the spring, but the way every player contributed was great. Halving the gap is the first step to closing it completely’. 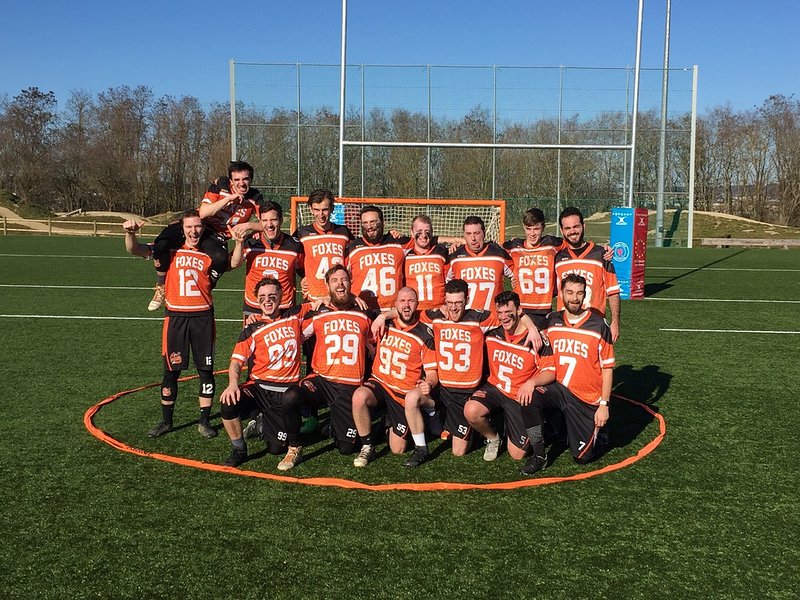 Coach Casagrande concluded to his team after the game that a loss was regrettable but that everything needed to win was within reach of the team. Schmidt commented on that statement: ‘Rhinos were the better team today, no question about that. For us, this was our first week Coach Casagrande and Coach Bartlett and if this week is anything to go by, we have many things to look forward to. We could not have achieved any of this without support of so many. Today, I want to thank D. Pattarini from the American Embassy – their support was integral in taking this whole thing forward.’

Lacrosse in Luxembourg is now offered at school, amateur and international level for men’s and women’s Lacrosse, for all age groups. The team has established cooperations with two schools in Esch and looks for more schools that want to try ‘the fastest game on two feet’.

The Blacksmith’s game was preceded by a match between Namur Knights, who only had ten players and Opueye Foxes. The result of 6-1 for the Foxes indicates the strong performance of the Knights, who could rely on sound goaltending and effective transition from defense. Ultimately this proved not enough as the Foxes, frequently relying on G. Arnone to initiate offensive from settled play.

The next game of the Blacksmiths is on Sunday 17th March away at Namur, giving both teams an opportunity to collect their first win in 2019. For information, questions and of course joining the fastest game on two feet, contact the team through www.lacrosse.lu.