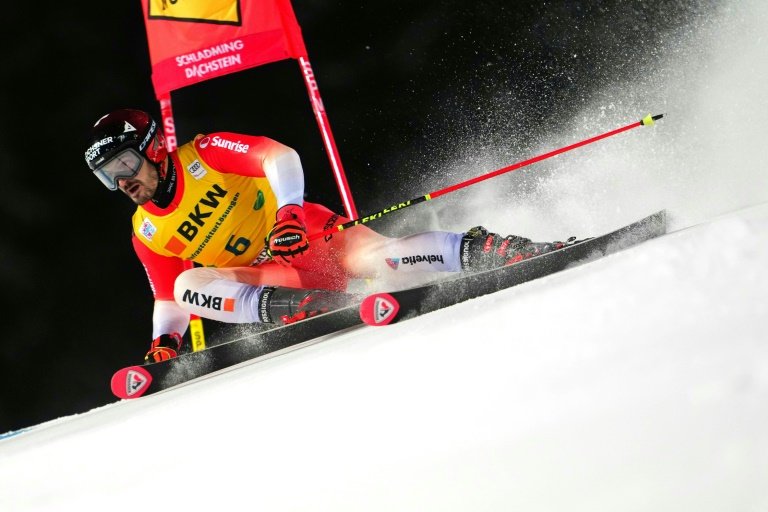 Loic Meillard led a Swiss 1-2 as he claimed victory in the men's World Cup giant slalom in the Austrian resort of Schladming on Wednesday.

Meillard clocked the fastest first leg and held his nerve on the second run under floodlights for a winning aggregate of 2min 18.77sec.

His teammate Gino Caviezel was second, at 0.59sec, while Austria's Marco Schwarz rounded out the podium (+0.81).