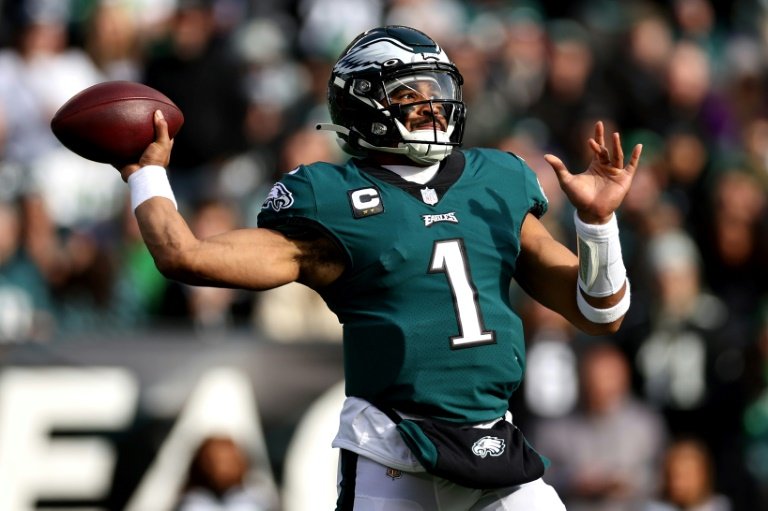 NFL conference leaders Philadelphia and Buffalo test their hold on the top spots on Sunday with crucial matchups against stubborn New York rivals.

Top seeds will have first-round byes and a home-field edge in next month's playoffs, but the Bills are just ahead of the Kansas City Chiefs (9-3) while the Eagles are only a game ahead of the Minnesota Vikings in the NFC.

"We have things going pretty well right now, but there's always room to get better and that's what we're focused on," Eagles receiver A.J. Brown said. "We know they're a good football team with a very physical and tough defense."

When the Eagles visited the Giants last year, quarterback Jalen Hurts threw three interceptions in a 13-7 loss. But Hurts has had only three pickoffs all season and comes off a 380-yard, three-touchdown effort in a win over Tennessee last week.

The Giants, who close the season at Philadelphia, are fighting to keep a wildcard playoff berth even as the Eagles try to stay on top.

"There isn't one person who is satisfied with what we've done so far," Eagles left tackle Jordan Mailata said.

"The Giants are a tough team and they're going to play with a lot of confidence. They know how important this game is for both teams. There's a lot on the line and that makes it fun." 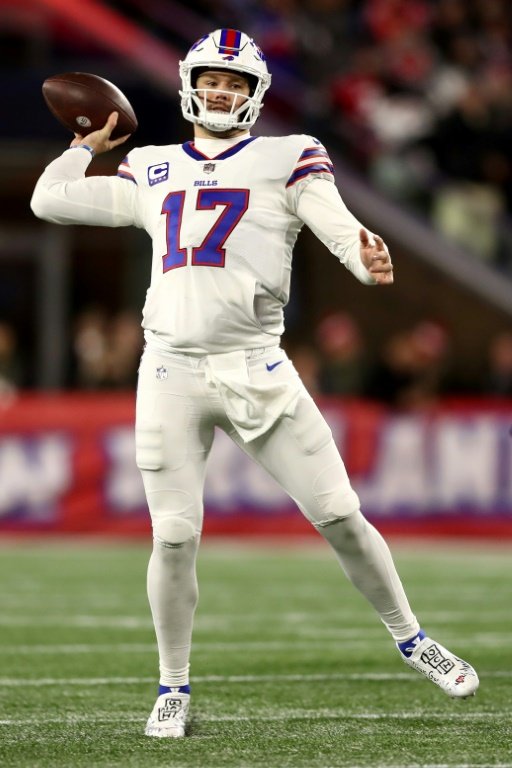 The Bills, meanwhile, have won three in a row but still feel the sting of a 20-17 road loss to the Jets last month in which Buffalo quarterback Josh Allen went 18-of-34 for 205 yards with two interceptions.

"Last game, I didn't feel like I played very well," Allen said. "I made some boneheaded decisions but learning from those and just trying to make good decisions."

Allen says the Bills are better prepared to change in order to handle whatever problems the Jets present.

"Establishing that run game is very beneficial, whether it's play action pass or just the thought of running, keeping defenses in check that way," Allen said.

"But every game you play is going to be a different situation and you have to adapt, and I think we're better equipped now to adapt."

The Bills have lost linebacker Von Miller for the season following knee surgery.

"There's going to be adversity every step of the way," Allen said. "Luckily we've got the guys that we do in this locker room."

Other games Sunday find Cleveland at Cincinnati, Baltimore at Pittsburgh, Jacksonville at Tennessee, Carolina at Seattle, Miami at the Los Angeles Chargers and Tampa Bay at San Francisco. New England will visit Arizona on Monday.