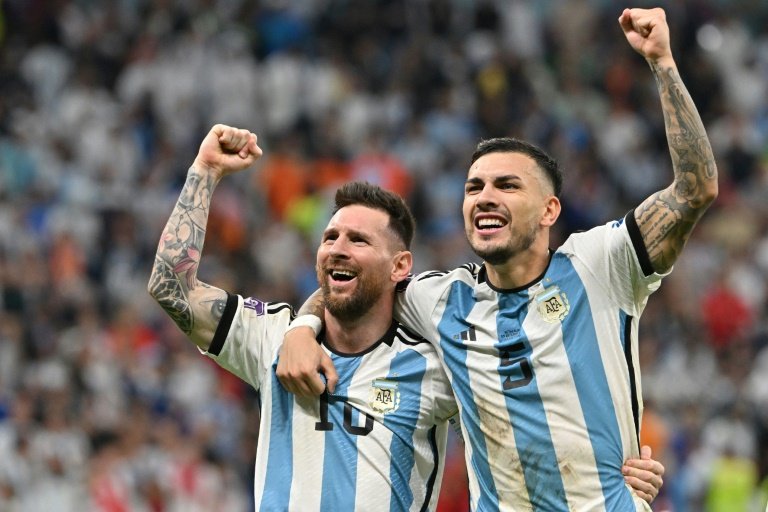 Brazil crashed out of the World Cup after penalty shootout drama against Croatia on Friday while Argentina survived a furious comeback from the Netherlands to also win on spot kicks.

Brazil superstar Neymar was reduced to tears but Lionel Messi lived to fight another day in Qatar as Argentina moved into a semi-final against the Croatians.

Messi, at the age of 35, still has a chance of winning his first World Cup but a distraught Neymar said it was possible he would never play for Brazil again.

After a goalless 90 minutes, Neymar looked to have kept Brazil's hopes of a sixth World Cup title alive by starting and finishing a brilliant move in extra time to equal Pele's international scoring record of 77 goals for the country.

But Croatia dragged themselves back into the game as Bruno Petkovic popped up to make it 1-1. 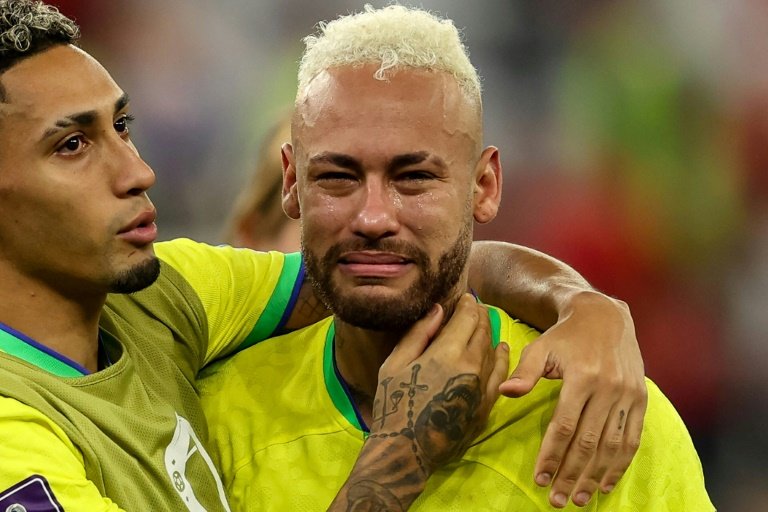 Neymar's flash of brilliance had lit up a tense game that finished with a flourish, Croatia's man-of-the-match goalkeeper Dominik Livakovic pulling off a series of stunning blocks to keep the Brazilians at bay.

As extra time ticked down at the Education City Stadium, Petkovic connected with a cross and his deflected shot found its way past Brazil goalkeeper Alisson.

If Brazil were rocked by the late equaliser, worse was to come in a series of nerve-shredding spot kicks.

The tone was set when Nikola Vlasic slammed the opening penalty down the middle and into the net, before Livakovic tipped away Rodrygo's first effort for Brazil.

In the end it came down to Paris Saint-Germain centre-back Marquinhos, but his kick rebounded off the post, giving Croatia a 4-2 win in the shootout and a place in the last four for the second World Cup in a row.

The Croatian team coached by Zlatko Dalic followed up their win over Japan on penalties in the last round with this famous victory.

Livakovic, who again played a huge role after he saved three spot kicks against Japan, said: "We're raised as fighters. We spare no effort -- we're always giving our best and that's our recipe for success."

Brazil will have to wait at least another four years to try for that sixth title -- by 2026 it will be 24 years since they last won the World Cup.

An emotional Neymar said he might not don the yellow shirt again.

"I am not closing any doors on the national team but I am also not guaranteeing 100 percent that I will return," he said.

Instead of a blockbuster all-South American semi-final, it is Croatia, the surprise runners-up in 2018, who stand between Messi and the final. 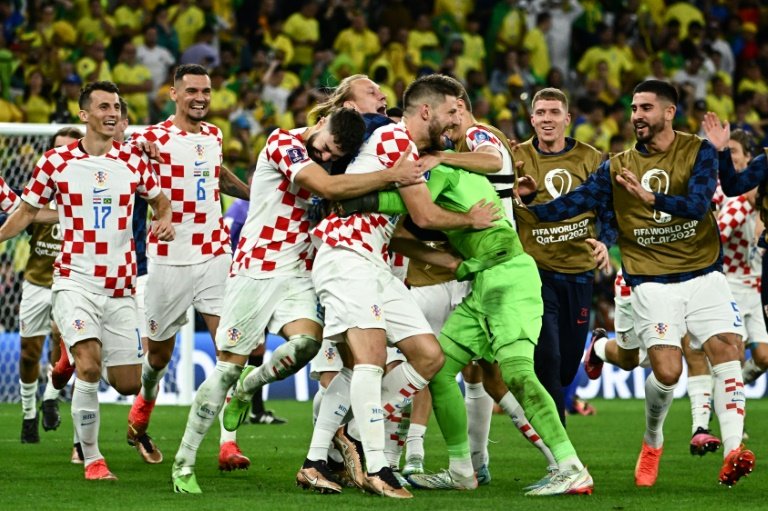 On Friday his side seemed home and dry at Lusail Stadium after Nahuel Molina scored first and then Messi himself converted a 73rd-minute penalty.

But Argentina let that two-goal lead slip in the final minutes of normal time, with Wout Weghorst scoring twice.

His second merits a place in a World Cup highlights reel for years to come for its sheer ingenuity -- Steven Berghuis shaped to shoot, but instead rolled a pass towards three Dutch players in the wall and Weghorst shook off his Argentine marker and poked the ball past goalkeeper Emiliano Martinez.

Extra-time failed to produce any more goals, so the second quarter-final of the night went to penalties.

This time, Dutch luck ran out.

Their captain Virgil van Dijk was up first but Martinez saved. Messi followed and made no mistake before Martinez saved again from Berghuis.

Despite a miss from Enzo Fernandez, Argentina held on to win the shootout 4-3, with Lautaro Martinez scoring the decisive penalty.

Messi praised his team's resilience -- but was furious with Spanish referee Antonio Mateu Lahoz, especially at his awarding of the free-kick that gave Weghorst the chance to equalise.

"We knew how to suffer when it was our turn, but we got through to the semi-finals. It's beautiful, something impressive," Messi said.

"I don't want to talk about the referee, because they immediately reprimand you or sanction you, but I think people saw what happened.

"FIFA has to review that -- it can't give a referee like that a match of this importance, when they're not up to the task."

Attention switches on Saturday to the heavyweight clash between defending champions France and England while Morocco, in the World Cup quarter-finals for the first time, take on Portugal.