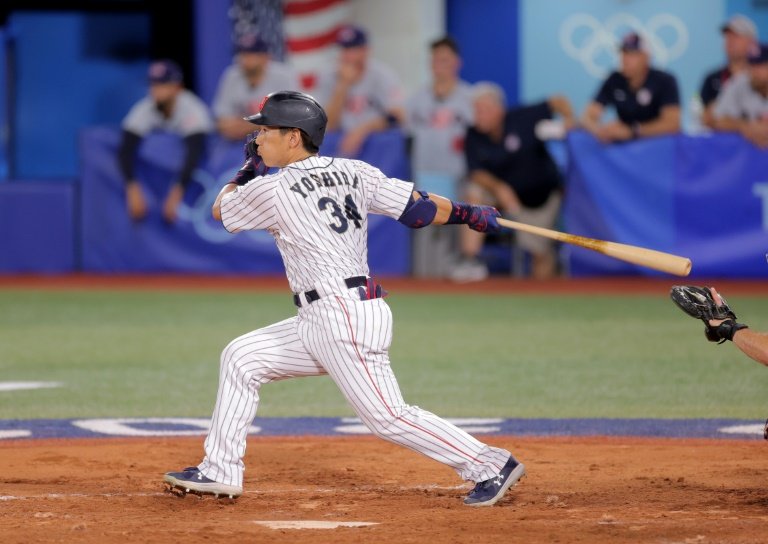 Japan's Masataka Yoshida, shown at the Tokyo Olympics, has agreed to a Major League Baseball deal with the Boston Red Sox / © AFP/File

The 29-year-old outfielder, a two-time batting champion in Japan's Pacific League, agreed to a $90 million deal after being obtained through the posting process, the MLB's website and ESPN reported, citing unnamed sources.

The Red Sox must pay a posting fee of about $15.4 million to Orix based upon the contract terms for Yoshida, who was made available to MLB clubs through the posting process on Wednesday.

The Red Sox also reportedly agreed to a two-year deal worth $32 million on Wednesday with closing relief pitcher Kenley Jansen.