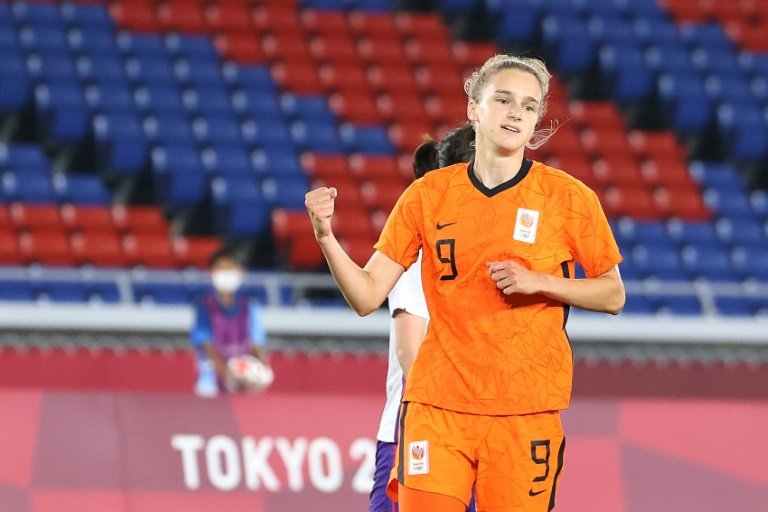 Dutch international Vivianne Miedema scored the only goal as Arsenal defeated Juventus 1-0 on Wednesday to move to the brink of the Women's Champions League quarter-finals.

Miedema found the net after 16 minutes from a Stina Blackstenius cross as the London side opened a three-point lead over defending champions Lyon.

They also have a five-point advantage on Juventus with just two group games left later this month.

American international Lindsey Horan put Lyon 1-0 up on 14 minutes before Malard made it 2-0 with a towering header on the six-yard line after 65 minutes.

"We're back in it," said Lyon coach Sonia Bompastor. "Now we have to win our last two games... our destiny is in our hands."

In Group D, Bayern Munich defeated Barcelona for the first time in four attempts as a 3-1 win took them level on nine points with the Spanish side at the top of the table.

Klara Buehl, on her 22nd birthday, and Lina Magull put the German side 2-0 up inside the opening 10 minutes in front of a crowd of 24,000 at the Allianz Arena.

Lea Schueller added a third on the hour mark before Brazilian forward Geyse hit a consolation for the Spanish vistors five minutes later.

Benfica are third with six points after coming from behind to defeat Swedish outfit Rosengard 3-1.

The home side took an early lead through Olivia Schough after 30 minutes.

But Benfica's Canadian striker Cloe Lacasse scored twice in three minutes just before half-time with Nycole Raysla making it 3-1 shortly after the restart.