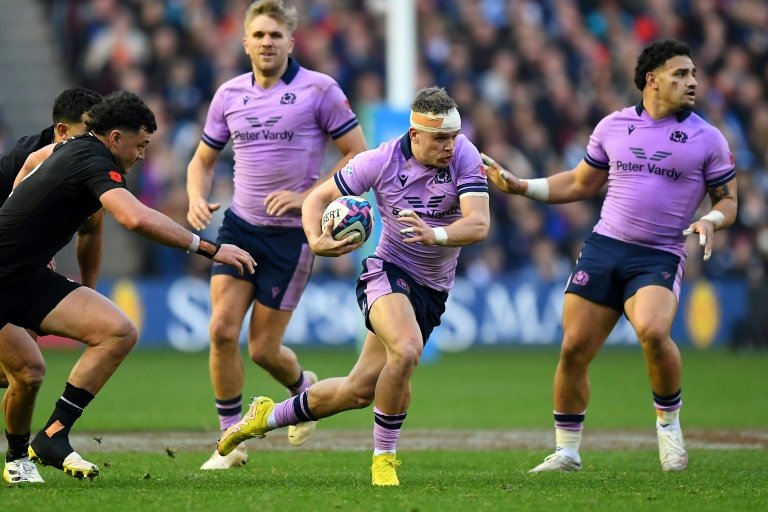 Scotland wing Darcy Graham has been ruled out until February because of a knee injury that now threatens his involvement in the early rounds of this season's Six Nations Championship.

Edinburgh announced Wednesday that Graham is "expected to be sidelined until February".

That will make the 25-year-old a major doubt for the start of Scotland's Six Nations campaign, which the Dark Blues launch with a match away to oldest rivals England on February 4 before welcoming Wales to Murrayfield seven days later.

Graham will also miss Edinburgh's European Champions Cup pool campaign, which starts against Saracens in London on Sunday, with his absence a blow to both club and country given he has scored 13 tries in 10 matches so far this season.