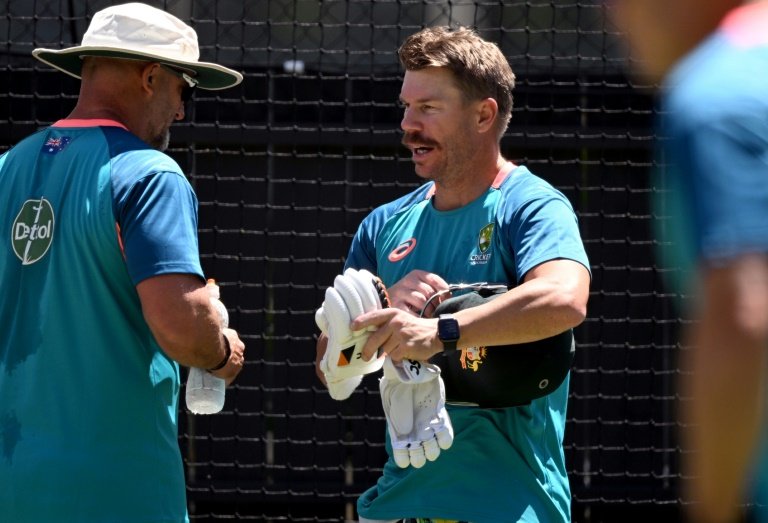 David Warner withdrew a bid to overturn his lifetime Australian leadership ban Wednesday, claiming an independent review panel wanted to "conduct a public lynching" and it would be traumatic for his family.

The dynamic opener and former Test vice-captain was banned from any leadership role over his part in the Cape Town ball tampering affair in 2018.

He was also slapped with a one-year playing suspension, but bounced back to reclaim his place in the national side across all three formats of the game.

Last month, Cricket Australia amended its player code of conduct policy which paved the way for him to request a review of the captaincy ban before an independent panel of three code of conduct commissioners.

But he has seemingly now shut the door with a scathing, and lengthy, statement claiming the panel had made "offensive and unhelpful" comments about him and wanted "a public trial of me and what occurred during the Third Test at Newlands" in 2018.

"They want to conduct a public spectacle to, in the panel's words, have a 'cleansing'. I am not prepared for my family to be the washing machine for cricket's dirty laundry," he wrote on the eve of the second Test against the West Indies in Adelaide.

He added that it appeared the panel "has given no more than passing consideration to issues of player welfare and the interests of Australian cricket and is instead determined to conduct a public lynching".

"Regrettably, I have no practical alternative at this point in time but to withdraw my application."

Cricket Australia said it respected Warner's decision and had backed his desire for a closed door hearing.

"We are disappointed with this outcome as our intention was to give David the opportunity to demonstrate why his lifetime leadership ban should be varied at an independent hearing and we amended our Code of Conduct accordingly," CA said in a statement.

"We supported David's wish for these discussions to be heard behind closed doors and respect his decision to withdraw his application."

The panel was set to determine whether Warner's behaviour had improved and his remorse was genuine, in essence revisiting the events of 2018 when he was cast as the key villain in the "Sandpaper-gate" scandal.

Back then, he conspired with Steve Smith and Cameron Bancroft to alter the ball during the third Test in Cape Town.

Under CA's new rules, a player needs to demonstrate that "exceptional circumstances exist to justify modifying a sanction".

Under the previous code of conduct, players had no right to review a sanction once it had been accepted.