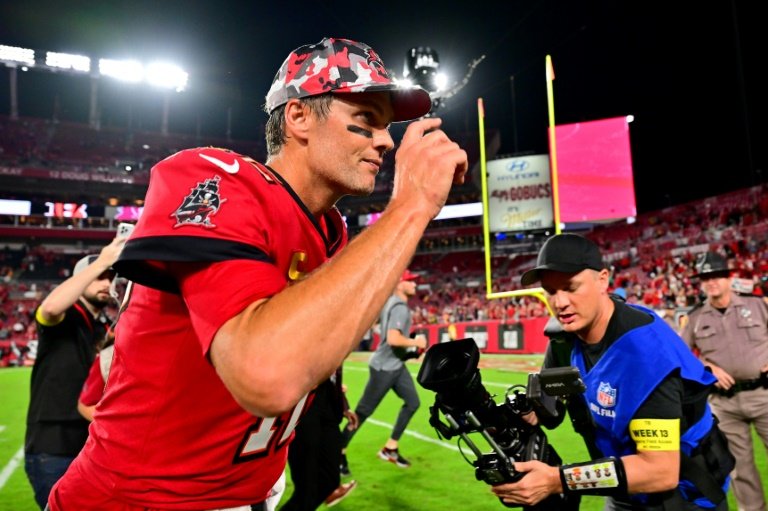 Brady authored the 44th fourth-quarter comeback win of his career, the most in NFL history as he broke a tie with Peyton Manning.

Struggling offensively in the first three quarters, Tampa Bay turned it on in the fourth as Brady connected on 15 of 21 passes for 125 yards and two touchdowns in the period.

The Bucs were trailing 16-3 when Brady hit Cade Otton with a one-yard touchdown toss with three minutes remaining.

Tampa Bay thought they had another TD with 16 seconds left, but it was disallowed because of a holding penalty.

Once again, however, Brady came through as the NFC South division leading Bucs improved to 6-6.

"It's awesome by our team," Brady said. "It's a great effort by the defense to hang in there all day.

"I missed some throws early, but (I'm) really proud of our team for hanging in there against a team we've always struggled with.

"Good to get a win at home," added Brady, who completed 36 of 54 passing attempts for 281 yards with two touchdowns and an interception.

But the Saints were frustrated in the red zone, settling for three Wil Lutz field goals.