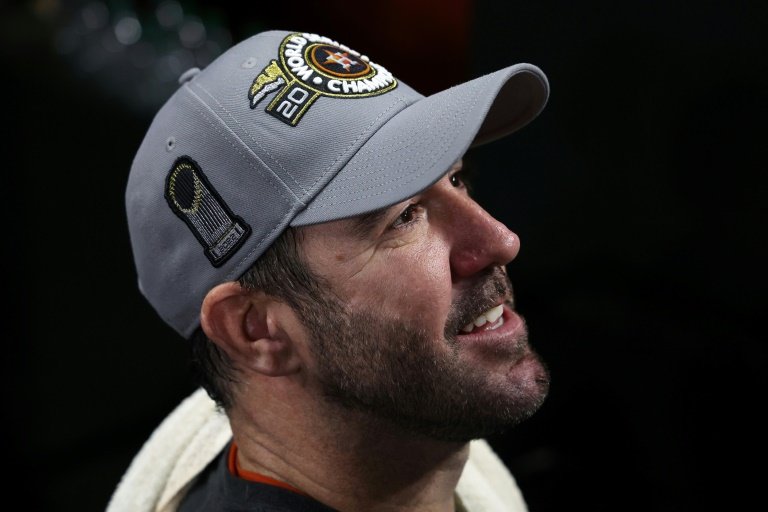 The New York Mets have agreed on a two-year deal with right-handed pitcher Justin Verlander, who captured a third Cy Young Award in helping the Houston Astros to a World Series title, US media reported Monday.

MLB.com posted a story citing an unnamed source saying the deal will pay Verlander $86 million with a $35 million vesting option for 2025.

The Mets did not immediately confirm the reports.

Verlander, a future Hall-of-Famer and former Most Valuable Player and Rookie of the Year, helped pitch the Astros to two World Series triumphs and four American League Pennants.

He will replace Jacob deGrom, who signed a five-year contract with the Texas Rangers on Friday.

The move will also reunite the 39-year-old with his former Tigers teammate Max Scherzer. The pair have six Cy Young awards between them.

Verlander won the Cy Young Award as the top pitcher in the American League last month with all 30 first-place votes in balloting of the Baseball Writer's Association of America.

Verlander won Cy Young Awards in 2011 with the Detroit Tigers and in 2019 with the Astros.

But he was an unknown quantity coming into 2022 after pitching just six innings since that 2019 triumph.

He missed all of 2021 after undergoing Tommy John elbow ligament surgery, and became the first pitcher to win the Cy Young having pitched zero innings the previous year.

Verlander became the 11th pitcher to win three Cy Youngs, leading the AL with 18 wins and a Major League-best 1.75 earned-run average -- the lowest by an AL pitcher since Pedro Martinez' 1.74 in 2000.

His performance on the mound helped the Astros reach the World Series for the fourth time in six seasons and they beat the Phillies in six games in baseball's championship showcase.