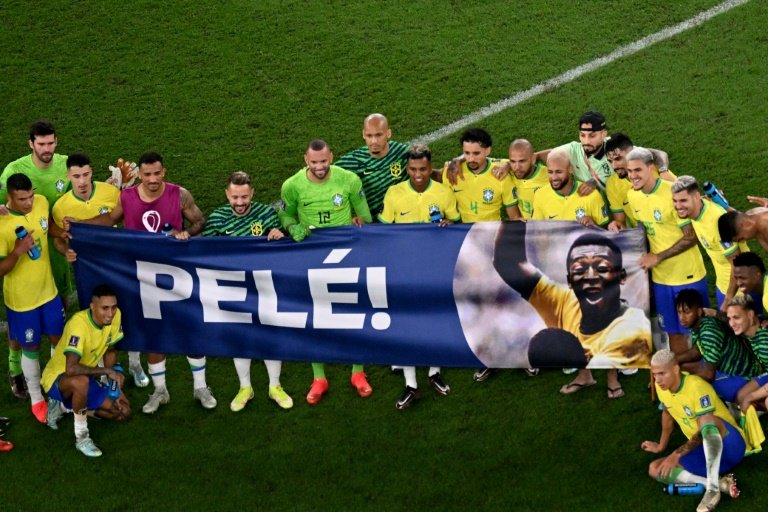 With fans worldwide on edge over his health, ailing 82-year-old football legend Pele said Monday he was cheering for the Brazilian national team from hospital as they stormed to a spot in the World Cup quarter-finals.

Considered by many the greatest footballer of all time, Pele was hospitalized in Sao Paulo last Tuesday amid treatment for colon cancer, just as Brazil wage their campaign to win a record-extending sixth World Cup in Qatar.

In a message on Instagram as the "Selecao" prepared for their 4-1 romp over South Korea in the round of 16, Pele said he was watching.

"The King" posted a faded color picture of himself as a baby-faced 17-year-old in Stockholm, Sweden, on his way to dazzling the planet with his extraordinary talent in Brazil's maiden World Cup championship run.

Eight years earlier, seeing his footballer father cry when Brazil lost the 1950 World Cup final at home to Uruguay, Pele had promised to win the trophy one day.

"In 1958, in Sweden, I was walking through the streets thinking about fulfilling the promise I made to my father," Pele wrote.

"I know that many of the national team made similar promises and are also looking for their first World Cup. I want to inspire you, my friends... We are on this journey together. Good luck to our Brazil!"

Neymar and team did him proud, scoring a cascade of goals that evoked the "beautiful game" Pele embodied.

After the match, the team returned to the field carrying a banner marked "Pele!", with a picture of him celebrating Brazil's 1970 World Cup win.

Fans in the stadium could also be seen holding up pictures and messages in Pele's honor.

"It's hard to talk about what Pele is going through, but I wish him all the best," Paris Saint-Germain star Neymar said after the match -- in which he converted a penalty, taking him to within one goal of Pele's all-time Brazil scoring record.

"I hope he'll get well as soon as possible, and that we at least brought him some comfort with the win and the banner we dedicated to him."

Pele -- whose real name is Edson Arantes do Nascimento -- has been in fragile health in recent years.

Operated for a colon tumor in September 2021, he has been in chemotherapy ever since. But doctors said he now needed a "reevaluation" of his treatments. 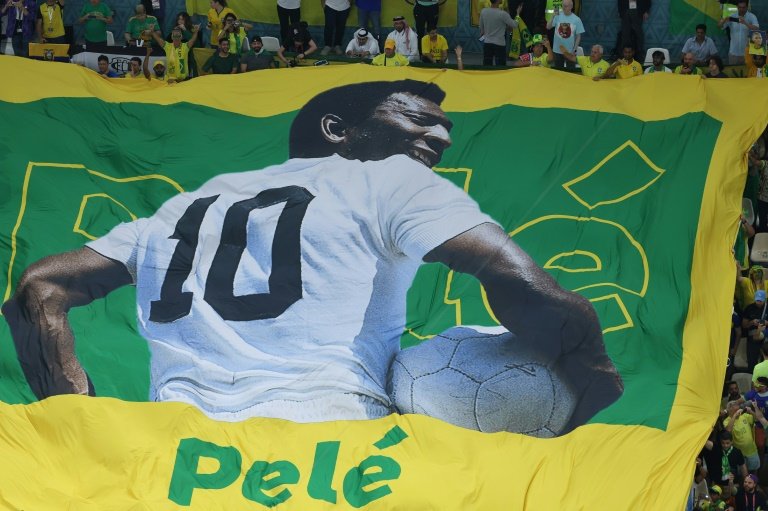 They said he also had a respiratory infection, which they were treating with antibiotics.

Pele's daughter Kely Arantes Nascimento said Sunday the new illness was the result of a Covid-19 infection Pele, who is fully vaccinated, contracted three weeks ago.

She told Brazilian TV network Globo Pele's family and doctors are confident his life is not in immediate danger.

"When he gets better, he'll come home," she said.

Worried fans have been keeping vigil outside the hospital, praying for Pele's recovery.

Tributes have also poured in from around the world, including in Qatar, where World Cup organizers lit up buildings with the message "Get well soon" and deployed dozens of drones to draw a Brazil jersey in the night sky over Doha with Pele's iconic number 10 on it.