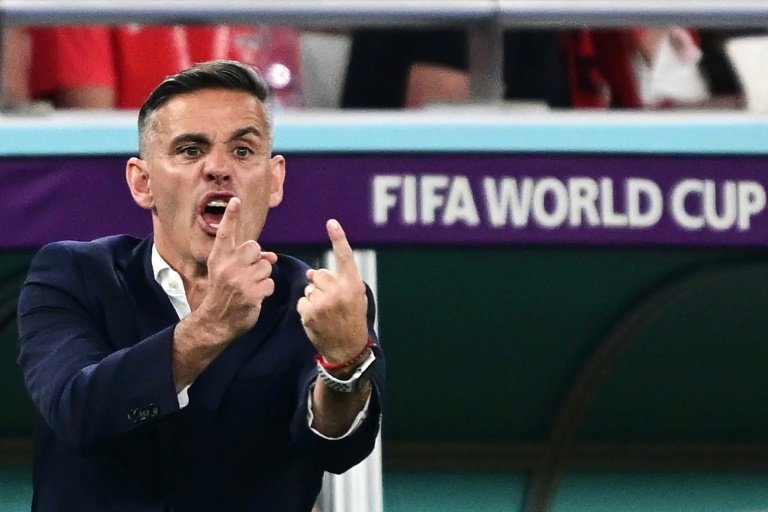 Canada coach John Herdman said his team would depart the World Cup with heads held high after their tournament ended in a third straight defeat against Morocco on Thursday.

The Canadians returned to the World Cup for the first time since the 1986 finals in Mexico after dominating CONCACAF region qualifiers.

But they were unable to reproduce that winning form in Group F, where they suffered defeats to Belgium and Croatia before Thursday's 2-1 loss to Morocco.

English coach Herdman however said the team was proud of its achievements in the finals in Qatar.

"It's been the first time in a long time we've been here," Herdman said. "We'd have liked to have been here longer but we've enjoyed the ride.

"We're a young team, we're developing. It's been a hell of an experience."

Already eliminated before Thursday's game, Canada's hopes of signing off with a victory were jolted after Morocco went 1-0 up after four minutes before making it 2-0 after 23 minutes.

"The first goal rattled us," Herdman admitted. "It was a tough moment to take. They came out blood boiling. You really felt their intensity."

A tactical tweak steadied the ship for Canada thereafter, and they pulled a goal back just before half time.

However they were unable to find an equaliser in the second half.

"We were on the ropes but we came back, we adapted, we showed resilience," Herdman said.

"We were bending but we didnt break. We pushed through."

Canada missed a penalty in a 1-0 opening loss to Belgium and took the lead against Croatia before eventually losing.

A second half header from Atiba Hutchinson crashed off the underside of the bar and denied Canada an equaliser against Morocco.

"As a football country we can be definitely proud of the performances," Herdman said.

"We showed up in every game. We were front-footed and fearless. That was a big part of the DNA we wanted to show.

Herdman meanwhile declined an invitation to celebrate the conclusion of Canada's World Cup with a bottle of beer, preferring to seek solace in his family.

"I'm going go home and hug my kids, maybe find a camel and go and ride in the desert for a couple of days and get my head straight," he said.

"I'll leave the alcohol alone, I don't need that."