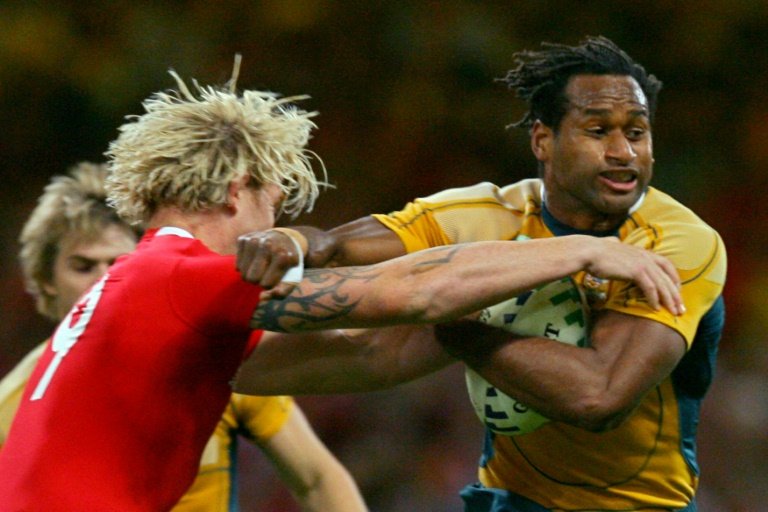 Unless the rugby authorities seize the problem of traumatic head injuries "by the scruff of the neck" parents will not allow their children to play the sport, former Wales flanker Alix Popham told AFP.

Popham, who won 33 caps between 2003 and 2008 and played in two World Cups, was diagnosed two years ago with probable chronic traumatic encephalopathy at the age of just 40.

He says the rugby authorities are "not learning" from the ongoing experience of players and studies linking rugby to brain injury.

CTE is a progressive brain condition that is thought to be caused by repeated blows to the head and episodes of concussion.

Popham is one of a group of former rugby internationals, including ex-England hooker Steve Thompson, who are pursuing legal action against World Rugby, England's Rugby Football Union and the Welsh Rugby Union.

Popham, 43, and 2003 World Cup winner Thompson are also amongst a group who last week announced their intention to file a lawsuit against the French Rugby Federation (FFR) and the National Rugby League (LNR) for breaching safety and information obligations on concussion.

"A lot of players in Pro2 (second division) and lower leagues were on pay-as-you-play contracts not retainers," he said.

"They would play through injuries and traumatic head injuries.

"Also there were so many overseas players who played in France and still play in France so the number of plaintiffs is going to grow drastically."

Popham says numbers will also grow in terms of those suffering long-term brain damage unless stronger measures are brought in.

"The neurologist diagnosing players said any player who plays over four years of elite rugby will have some brain damage," said Popham.

"Unless they get hold of it by the scruff of the neck in terms of the number of contact training games they play and the length of the season, mums and dads won't send them to rugby practice.

"I have got three girls and, thankfully, they have not come to me and said they want to play rugby."

Popham, who first noticed something was wrong with his memory in 2019 when he got completely lost during a bike ride near his home, says he is "angry and frustrated".

He adds World Rugby's measures to combat head injuries, brought in last year, restricting contact training to 15 minutes per week are simply paying "lip service" to the problem as "they are guidelines not mandatory" whereas the NFL made them obligatory in 2011.

"These guidelines are being surpassed still by many teams," said Popham.

"Rugby is a long way off being as safe as it can be."

Popham says "mistake after mistake" is being made, citing the recent case of Australian scrum-half Nic White returning to play in the game against Ireland when he was clearly not fit to do so.

"They are not learning," he said.

"Those are the ones we can see but the numbers would be tenfold in the games we don't see from the big hits. 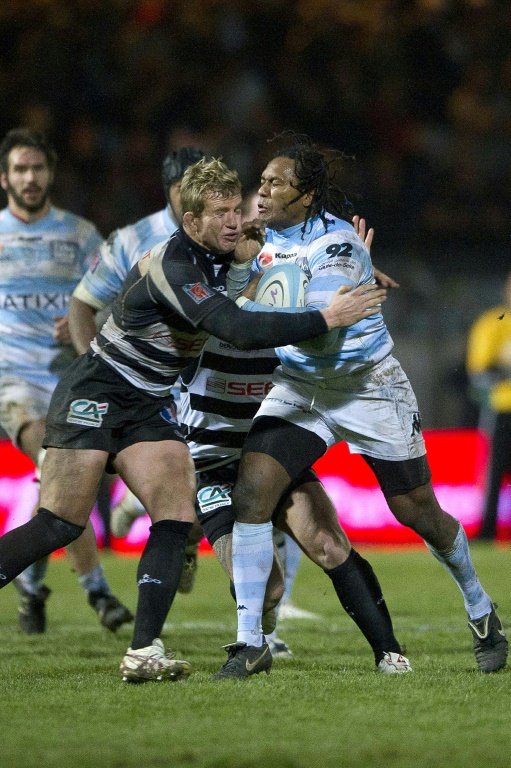 "Then there are the sub-concussive hits, known as the silent killer."

Popham -- who is far from idle with several projects lined up including a fice-a-side cross-Channel swimming relay race next year between rugby union and rugby league players -- says his neurologist equates those hits to a leaking tap.

"If the tap leaks on mud once or twice it leaves no mark but after 14 years there will be a big hole," said Popham.

"It needs spelling out, the whole terminology of what is happening.

"Sports concussion does not sound serious. In the 50s and 60s, it was called Traumatic Brain Injury... we need to go back to calling it what it actually is.

"Sports concussion to mum and dad does not sound serious. If you say Traumatic Brain Injury then they would sit up and listen."

Popham says the matter must be confronted now not further down the line.

"Every second, every day, every week and every month, it continues like this. Players are being put at unnecessary risk."