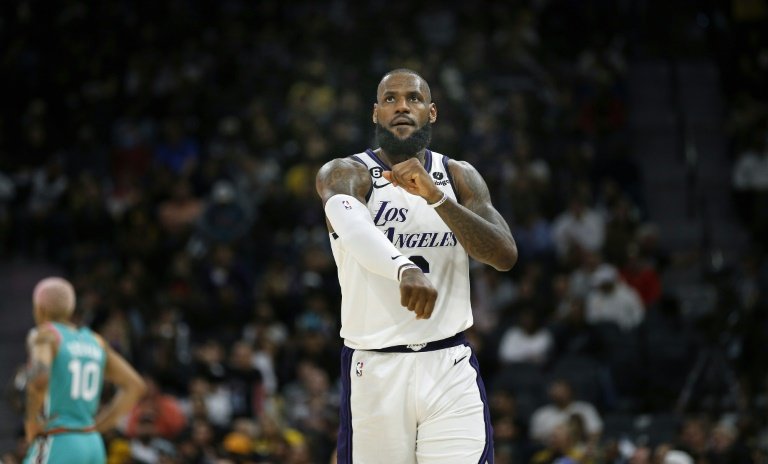 LeBron James scored a season-high 39 points to lead six Los Angeles players in double figures Saturday as the Lakers beat the San Antonio Spurs for the second time in two days on Saturday, 143-138.

James, who scored 21 points but showed some rust in his return from a groin injury in Friday's win in San Antonio, effortlessly picked up the slack with star teammate Anthony Davis sidelined with a calf injury on the second night of the NBA back-to-back.

James, who pulled down 11 rebounds, was a perfect 10-for-10 from the free-throw line and drained seven of the Lakers' 17 three-pointers.

James, who was struggling from three-point range before injury sidelined him for five games, said he never doubted the shots would start to fall. He was just as pleased with the overall team effort.

The chemistry was on display late in the second quarter when James came up with a steal and lobbed a pass to Russell Westbrook in the corner only for Westbrook to toss up the ball for the onrushing James to slam home.

"I feel like we're getting better and better," James said of a Lakers team that has struggled in the early going this season.

"Early in the season we'd have lost a game like this," he said.

"I feel like we're definitely buying in to the extra pass. Guys are trusting their shots and not thinking about it -- (we're) shooting from the perimeter with confidence and we're also still attacking the rim."

Westbrook was incensed when he took an elbow to the face from Zach Collins under the basket with two minutes left in the third quarter.

Westbrook jumped up, bleeding profusely, and charged toward Collins before James got his arms around Westbrook and, as they headed toward the bench, a held a towel to his forehead.

Collins was ejected for a flagrant foul and Westbrook -- who went briefly to the locker room but returned to the game after it was determined he didn't need stitches -- was assessed a technical foul.

At 7-11, the Lakers are third from bottom in the Western Conference. 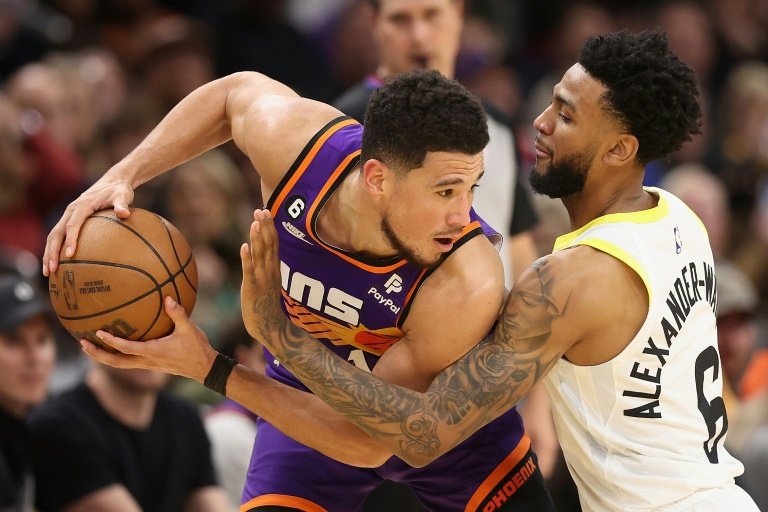 Deandre Ayton led the Suns with 29 points and 29 rebounds. Devin Booker connected on just eight of 27 shots on the way to 26 points for the Suns, who were without star point guard Chris Paul for a ninth straight game as he continues to battle a right heel injury.

Utah held a three-point lead going into the fourth quarter, but Phoenix forged a 99-93 lead with 6:23 to play and would not trail again.

The Jazz got within one point half a dozen times from there, but could get no closer.

In Toronto, the short-handed Raptors shook off a sluggish start to beat NBA scoring leader Luka Doncic and the Dallas Mavericks 105-100.

O.G. Anunoby scored 12 of his 26 points in the fourth quarter as the Raptors emerged with the win in a battle that came down to the wire.

Anunoby also put in a solid defensive effort on Doncic, who scored 24 points and nine assists but matched his season low with just 15 shot attempts.

Fred VanVleet, back after missing one game because of illness, also scored 26 points for the Raptors, who were without Pascal Siakam, Scottie Barnes, Precious Achiuwa and Otto Porter Jr.