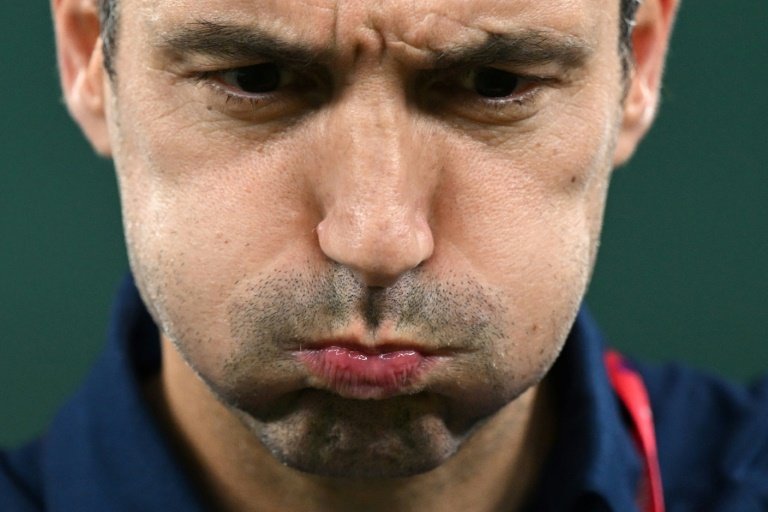 Lionel Scaloni pleaded with Argentines to show calm after Lionel Messi helped keep their World Cup hopes alive with the first goal in a crucial 2-0 win over Mexico on Saturday.

Argentina would have been eliminated form the tournament with a Group C match to go had they lost and despite this win, sealed with a fine Enzo Fernandez strike, they must still defeat Poland on Wednesday to ensure progression to the last 16.

Asked about images showing his assistant Pablo Aimar on the brink of tears during the game, coach Scaloni called for some perspective.

"You have to have some common sense, it's just a football match," he said.

"I received a message from my brother saying he was crying and it can't be like that. It's as if it were more than a football match.

"I don't share that. The players must understand it's a football match. If not, it will be like this in every match.

"It's hard to make people understand that the sun will rise tomorrow, win or lose. What matters is how you do things."

Scaloni said he for one wouldn't be celebrating as his team are still not out of the water yet. Even with a draw against Poland, the two-time champions could still be eliminated.

"People will think I'm crazy but fine, we won, we're celebrating, it happens," he said.

"Tomorrow we have to prepare the game and it's like when we won the Copa (America) final and we had to think about what came next.

"The joy doesn't last long, you have to maintain balance."

Scaloni also expects group leaders Poland, who need a point to ensure their progress to the last 16, will raise their game against the Albiceleste.

"Poland are very difficult, everyone plays differently (against Argentina). And they don't just change for Leo (Messi), but for all the other players and for the respect for Argentina."

Messi admitted the four days between losing to Saudi Arabia and beating Mexico had been tough on the players.

"It was uncomfortable given the defeat in the opening match, which we didn't expect," he said.

"The days were very long, that's how it felt. We were eager to have the chance to turn this around.

"We knew it was a critical game. If we didn't win we were out and if we won, we would have another chance.

"Luckily we could win and that was a weight off our shoulders and joy. We have peace of mind, it's all down to us again."

Argentina looked disjointed and short of ideas in the first half but changes Scaloni made helped them put Mexico under more pressure and finally break the deadlock on 64 minutes, thanks to Messi.

"We knew that if we lost we would be out, they gave us a difficult game but having the No.10 (Messi), it's always easier," said goalkeeper Emiliano Martinez.

"We never doubted ourselves, but these days were hard for us. But today we showed that we can be more."