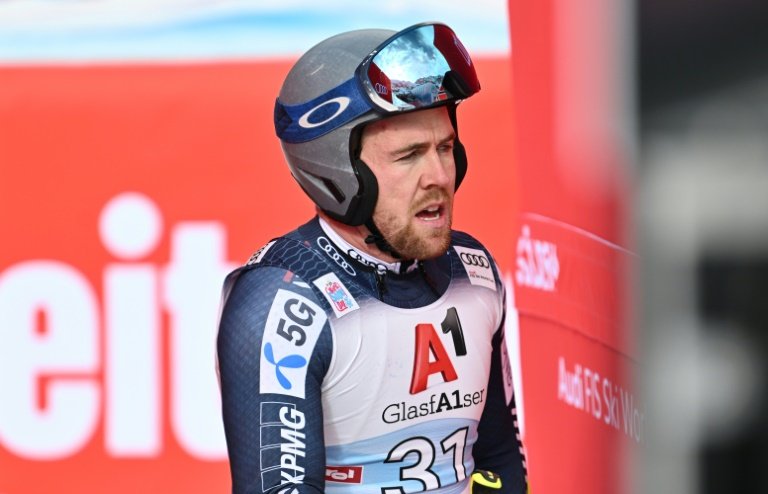 Aleksander Aamodt Kilde started his World Cup downhill title defence in perfect style with an impressive victory in the opening speed event of the season at Lake Louise on Saturday.

Kilde won both the downhill and super-G World Cup titles last season but had to settle just for a solitary bronze medal in super-G at the Beijing Olympics.

The 30-year-old claimed his first career win on the Canadian slope with a time of 1:47.98 just six hundredths seconds ahead of Austria's Daniel Hemetsberger.

"It's absolutely enormous, I couldn't have had a better start to the season. Now I can just do the job, I know the momentum is there," said Kilde.

Bad weather had forced the race to be moved from the planned Friday slot but conditions were decent and Kilde was fast out of the hut and no-one was able to match his speed in the first sector.

Coming down sixth, he punched the air at the finish line when he saw his time and he said it had been a difficult piste to navigate.

"Total cowboy, it hit more than I thought and it was difficult to know what was coming," he said.

It was the best ever World Cup result for the 31-year-old Hemetsberger, who has been plagued by injuries but who took third at Kitzbuehel in January -- his only other podium finish.

Switzerland's Marco Odermatt, coming down 12th, was ahead of Kilde until the final split after a perfect middle section, but saw his 0.39 lead disappear in the final stages.

Odermatt had to settle for third, four hundredths behind Hemetsberger while Austrian Matthias Mayer, the three-time Olympic gold medalist, was fourth.

All-rounder Odermatt had begun the campaign with victory in the giant slalom in Soelden and was content with his display.

"I'm very happy with my race, the ten hundredths is tiny but Kilde deserved to win. The self-confidence was great after Soelden, it came out well," he said.

Olympic downhill champion Beat Feuz of Switzerland was fifth and French 41-year-old Johan Clarey was sixth, 0.88 off the winning time.