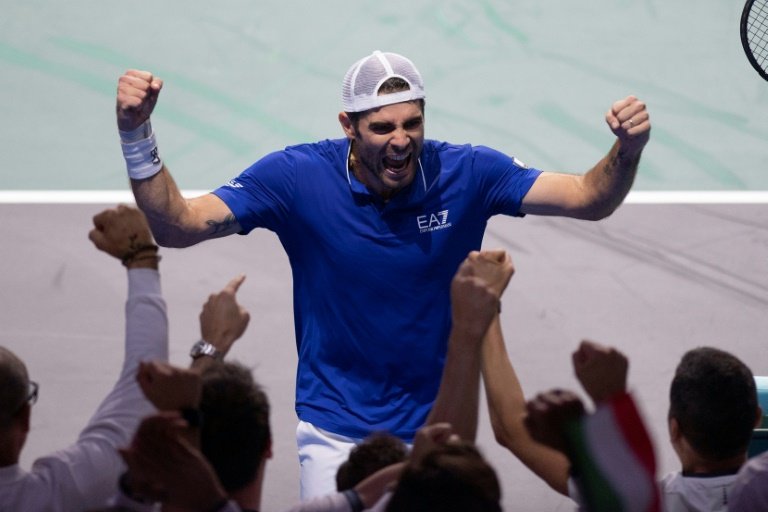 Fabio Fognini and Simone Bolelli cruised to victory in the deciding doubles as Italy beat the United States 2-1 in their Davis Cup quarter-final in Malaga on Thursday.

Victory set-up a semi-final clash on Saturday against Canada who also triumphed in the deciding doubles of their last-eight tie against Germany to win 2-1.

"I am really happy, I am here with my 'brother'. We played really well," said Fognini, after the pair beat Jack Sock and Tommy Paul 6-4, 6-4.

Italy, shorn of their two top players, world number 15 Jannik Sinner and 16th-ranked Matteo Berrettini, eliminated an American team led by ninth-ranked Taylor Fritz and Francis Tiafoe, who is in the top 20.

"I'm really proud of my team and of this crowd," said captain Filippo Volandri.

"It's like we are in Italy! All the players did an unbelievable job. Even Matteo who couldn't play because of injury is here and Jannik is supporting from home."

USA captain Mardy Fish did not enjoy his Thanksgiving.

"Their doubles, they played phenomenally well. They're a great team." 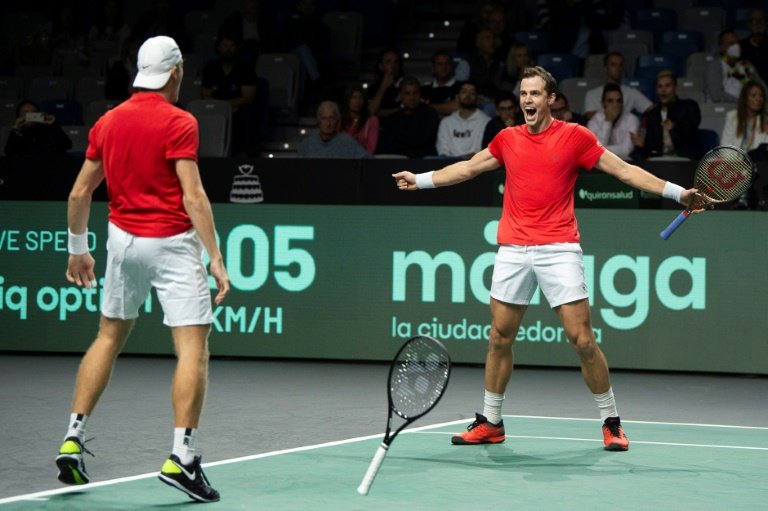 On Saturday, Italy, whose only Davis Cup title came back in 1976, will face 2019 runners-up Canada.

Struff has now defeated the Canadian six times in nine meetings and on Thursday survived an 18-ace barrage from the left-hander.

Felix Auger-Aliassime, the highest-ranked man in Malaga at six in the world, levelled the quarter-final with a 7-6 (7/1), 6-4 win over Oscar Otte, Germany's 65th-ranked player.

Auger-Aliassime unleashed 15 aces and 21 winners, converting the only break of the contest in the seventh game of the second set.

"These are some of the weeks I look forward to during the year, to get with the group of guys and play together," said Auger-Aliassime.

Shapovalov and Vasek Pospisil then teamed-up to defeat Kevin Krawietz and Tim Puetz 2-6, 6-3, 6-3 to seal a spot in the semi-finals for the fourth time.

On Friday, two-time champions Croatia face Australia, who have won the Davis Cup on 28 occasions, in the first semi-final.