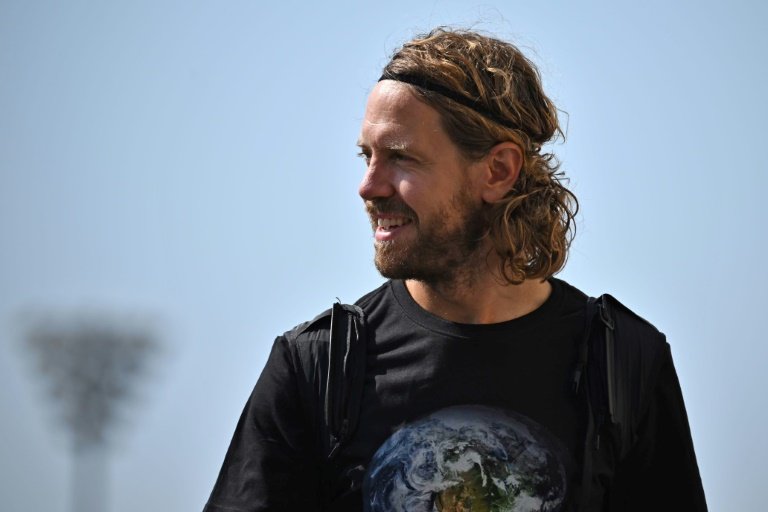 Sebastian Vettel leaves F1 on a tide of goodwill / © AFP

Sebastian Vettel will start his final race as a Formula One driver with his usual competitive sense of purpose and a warm glow in his heart on Sunday.

He will be ninth on the Abu Dhabi grid for Aston Martin, following a qualifying session preceded by days of emotional send-offs from rivals and friends in a manner rarely seen in the cut-throat world of Grand Prix motor racing.

Two successive last suppers with fellow drivers on Thursday and Friday, a run of news briefings and, after Saturday’s final qualifying fling, a track run at the Yas Marina Circuit with competitors and reporters.

More than that, he conducted himself with a real sense of humanity, mixing a mischievous sense of fun with a serious appreciation of his responsibilities as a role model.

"It is going to be sad to see him leave," said seven-time champion Lewis Hamilton, one of the 35-year-old German’s greatest rivals for many years.

"It has been an unexpected relationship and friendship. It is so difficult when you are so competitive, and you’re both fighting for something you are passionate about.

"I don't believe I've seen any driver in the history of the sport do what he and I have been doing in terms of utilising our platform, being outspoken and taking that risk. I really see him as an ally."

"Danke Seb" is the slogan to be seen everywhere – a thank you not only for his achievements as a driver, but his crusades and campaigns as a man who supports equality, diversity and a universal respect for human rights.

Two-time champion Max Verstappen recalled Vettel’s humanity in an anecdote about his own experience following his crash at the British Grand Prix last year when, on return from hospital to the Silverstone circuit, Vettel was waiting to greet him.

"How are you? Are you ok?" asked the older man. It was, Verstappen said later, a unique show of compassion and care by a fellow-driver, but one that was echoed by others.

Daniel Ricciardo said he had received supportive phone calls from Vettel during his personal slump this year with McLaren and team-mates all revealed that the German was a generous and supportive partner.

Charles Leclerc, who was his junior team-mate at Ferrari before taking his seat, said: "It's sad for me. It's going to be strange. I've learned so much from Seb and he's always been super nice with me.

"When I arrived at Ferrari I was very impressed with him. It was probably strange for him because I was shy and didn't know what to say.

"Now I call him a friend and he texts me regularly. He did that again this year after my crash in France."

To mark his final race, old foe Fernando Alonso – regarded by Vettel as his toughest rival -- and young fellow-German protégé Mick Schumacher, the son of his childhood idol Michael Schumacher, are wearing tribute helmets this weekend.

His karting overalls from his teenage years when he was a European champion hang in the Aston Martin garage alongside an original helmet, both taken to Abu Dhabi by his father Norbert whose close support has been with Vettel all weekend.

Many who followed his progress from cheeky baby-faced 'assassin' blessed with speed, a gift for languages and a love of English humour to urbane and thoughtful long-haired leader of good causes will be sad to see him go.

"The decision has been a difficult one for me to take and I have spent a lot of time thinking about it," he explained.

"At the end of the year, I want to take some more time to reflect on what I will focus on next.

"It is very clear to me that, being a father, I want to spend more time with my family, but today is not about saying goodbye. Rather, it is about saying thank you – to everyone – not least the fans, without whose passionate support F1 could not exist."