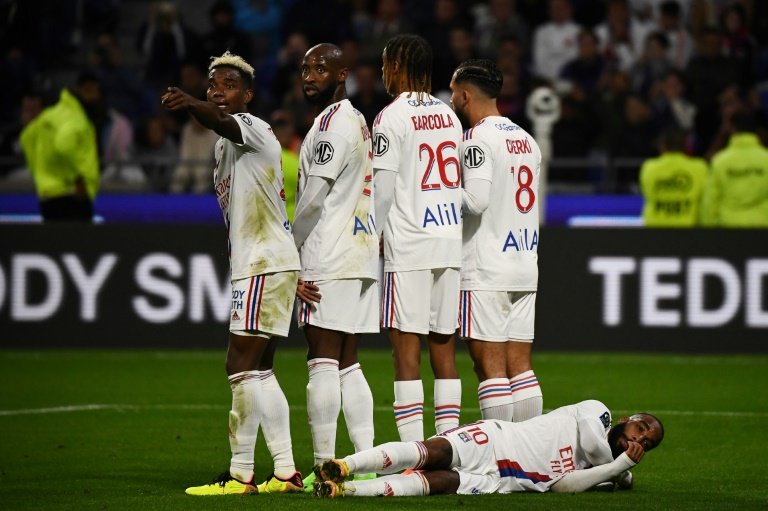 Grounded: After a strong start to the season Lyon have come off the rails in recent weeks / © AFP

Lyon goalkeeper Anthony Lopes says there is a sense of both "anger and shame" going into Friday's game at home to Toulouse after a four-match losing run in Ligue 1 that risks destroying the club's season.

Having missed out on Europe for the second time in three years, Lyon burst out of the blocks with 13 points from a possible 15 to fuel hopes of a return to the Champions League.

But losses to Lorient, Monaco, Paris Saint-Germain and Lens have seen Peter Bosz's side drop to seventh, with the pressure again rising on the Dutchman as US businessman John Textor prepares to officially complete his purchase of the club.

"The coach is the first person we point the finger at when things go badly. I'm not like that. We will be with him until the end, we're not going to give up," said Lopes.

"There's no need to let our heads drop and mope around. That would be worse. We just need to respond on the pitch. There's anger but we're not staring into the abyss."

He added: "The squad is affected by this situation, there's a feeling of anger, and shame as well. It's tough. A lot of questions are being asked."

Bosz is on thin ice, with last season's eighth-place finish the team's worst since 1997.

He hasn't been helped by a string of injuries, but Moussa Dembele, Corentin Tolisso, Castello Lukeba and Malo Gusto could all return against Toulouse.

"I'm not used to losing four times in a row and when it happens at a big club it's even worse," said Bosz.

"When you win, my job is easy, everyone is happy. When you don't, it's different. We've got to win against Toulouse."

PSG will bid for a ninth league win in 10 at Reims on Saturday after dropping points for just the second time this campaign in their midweek 1-1 Champions League draw at Portuguese league leaders Benfica.

Reims forward and Arsenal loanee Folarin Balogun's six goals this term are only bettered by Kylian Mbappe and Neymar, who lead the way with eight apiece.

Marseille could go top before PSG play if they beat bottom side Ajaccio at the Velodrome.

Third-placed Lorient visit a Brest side without a win in six, while Lens round out the weekend with a short trip to Derby du Nord rivals Lille.

One to watch: Arnaud Kalimuendo 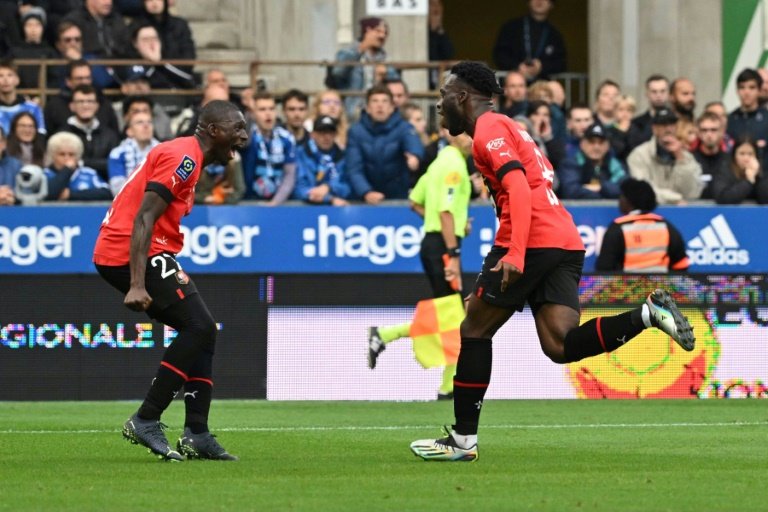 With his route to the first team at PSG blocked by the likes of Neymar, Lionel Messi and Kylian Mbappe, Arnaud Kalimuendo (R) hopes to develop into a France star of the future at Rennes / © AFP/File

The young French striker opened his Rennes account with a superbly-taken goal and two assists in last weekend's 3-1 win at Strasbourg.

Kalimuendo, 20, joined Rennes for 25 million euros ($24.5 million) from PSG in August after a successful two-year loan spell at Lens, for whom he scored 21 times in 65 appearances.

With little immediate prospect of regular first-team football in Paris, Rennes are hoping PSG's loss is very much their gain in the long run.

After missing four games with a muscle tear, Kalimuendo made just his second start for his new club against Strasbourg, becoming the first player born in 2002 or later to score 20 goals in one of Europe's top five leagues.

3 - teams yet to lose this season in Ligue 1. PSG, Marseille and Lens are unbeaten through the first nine rounds of matches.

4 - Lyon's losing run is their worst in the top flight since 1991, when Raymond Domenech was in charge.

5 - wins in a row for Lorient. The club has never finished higher than seventh in 15 previous seasons in the top division.