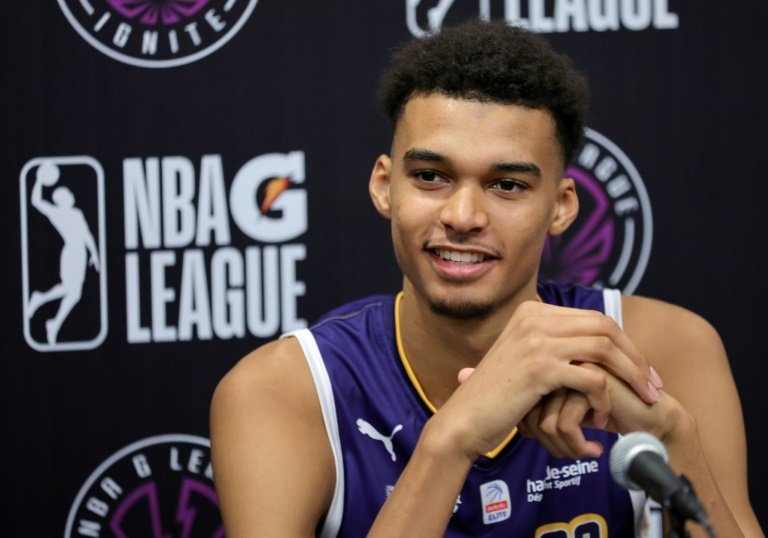 With an 8-foot (2.42m) wingspan and the smooth shooting touch of a point guard despite his towering frame, French prodigy Victor Wembanyama didn't disappoint in his first US appearance.

Wembanyama, 18, flew to Nevada with his French league team to showcase the skills that many informed observers believe will make him the number one pick in next year's NBA draft.

Around 200 NBA team representatives and more than 70 media outlets were on hand for the teenager's first ever match on US soil as he led the Metropolitans, based in the Paris suburbs of Boulogne-Levallois, against G League team Ignite.

Despite facing another hot NBA prospect, Scoot Henderson, the 7ft 4in Wembanyama grabbed 37 points and made five blocks as his team went down to a 122-115 loss.

Wembanyama followed up that eye-catching debut with another masterpiece on Thursday, scoring 36 points with 11 rebounds, four blocks and four assists in a 112-106 win over the Ignite.

Wembanyama has even drawn comparisons to LeBron James at the same age.

The four-time NBA champion repaid the compliment, calling him a "generational talent".

"No-one has ever seen anyone as tall as he is but as fluid and as graceful as he is out on the floor," James said on Wednesday.

"I mean at 7 foot-4 or 7 foot-5 or 7 foot-3, whatever the case may be, his ability to put the ball on the floor, shoot step-back jumpers out of the post, step-back threes, catch-and-shoot threes, block shots."

While Wembanyama's unique array of talents have prompted some to describe him as a "unicorn", James said the French teenager was "more like an alien".

The fans in the half-filled 5,000-capacity Dollar Loan Center in Henderson on Tuesday will be able to say they got an early look at a player who many experts believe could surpass France's two leading basketball exports, Rudy Gobert, formerly of the Utah Jazz and now with the Minnesota Timberwolves, and Tony Parker, who was an integral part of championship-winning teams at the San Antonio Spurs. 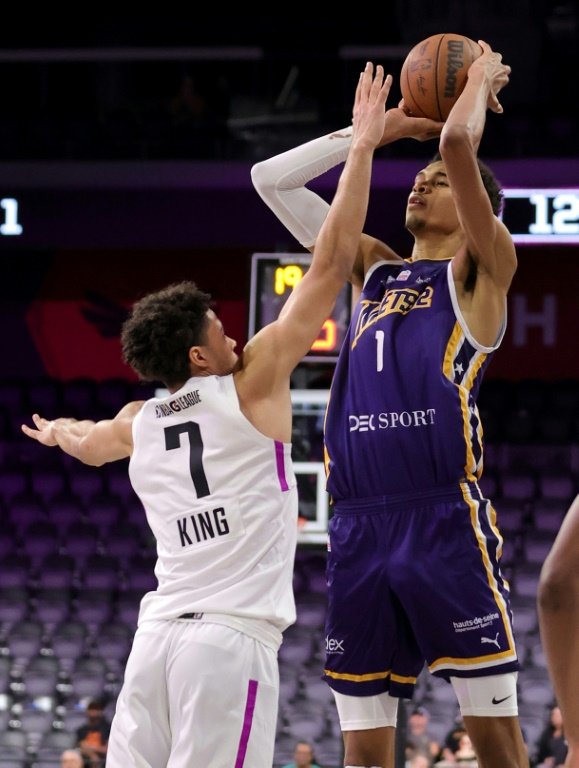 Wembanyama's club coach Vincent Collet, who has also guided the French national team to Olympic and European silver medals in the last two years, was not surprised at his young charge's performance.

"For a boy of 18, his maturity is impressive. He knows who he is, what he wants and he recognises the effort he will need to put in to achieve it," Collet said.

Wembanyama took the media frenzy in his stride, fielding questions from US network ESPN and a gaggle of American reporters.

He described the games in Nevada as "the most important of my life in terms of showcasing myself to a global audience".

He was accompanied on the trip by his parents and staff from the Comsport agency, who also represent Gobert and other French players in the NBA.

It was the NBA's idea to organise the games between the Metropolitans and Ignite, even though the French club have already begun their domestic league season.

Such is Wembanyama's talent that there is speculation some NBA teams may 'tank', or deliberately finish in the lowest positions that guarantee them one of the top five draft picks, in the upcoming season that opens on October 18.

"When you are dealing with unique players like Victor, you are not surprised. He is capable of doing things that normal players can't do. It's talent," said Collet.