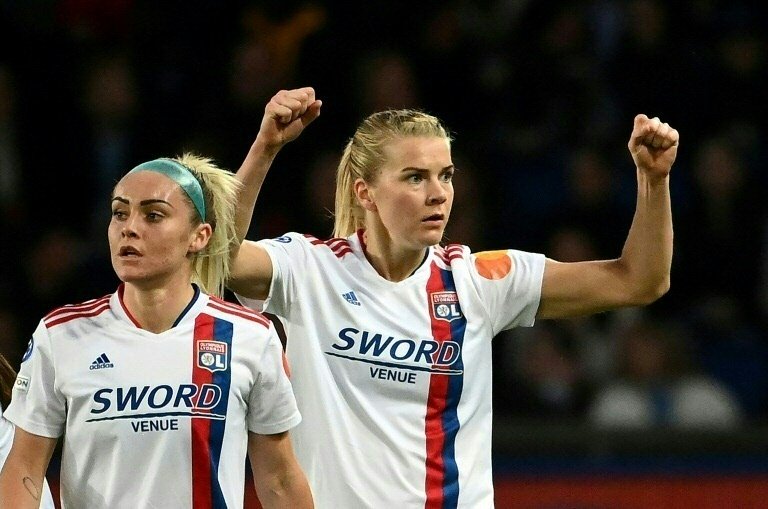 Holders Lyon were given a tough draw in the women's Champions League on Monday in a group which includes Arsenal and Juventus.

Lyon beat 2021 champions Barcelona 3-1 in May, and are in Group C with former winners Arsenal, powered by star Dutch striker Vivianne Miedema, Juve and Swiss side Zurich.

"We can't get wait to get started in a competition that's important to us," said Lyon coach Sonia Bompastor.

"We've won the trophy eight times and we'll again be the team to beat. We're used to this position and we know our opponents won't do us any favours."

Barca benefited from a more lenient draw in a Group D alongside Bayern Munich, Benfica and Rosengard of Sweden.

English giants Chelsea, runners-up to Barca in 2021, and with a star line-up including Pernille Harder and Sam Kerr, headline a tough Group A which also includes Paris Saint-Germain, semi-finalists in the last three editions, and Real Madrid.

In Group B, Wolfsburg are the favourites ahead of Czech side Slavia Prague, St Poelten of Austria, and Roma. The Italians are newcomers to European competition.

Group stage matches take place between October 19 and December 22 with the top two teams from each group qualifying for the quarter-finals.