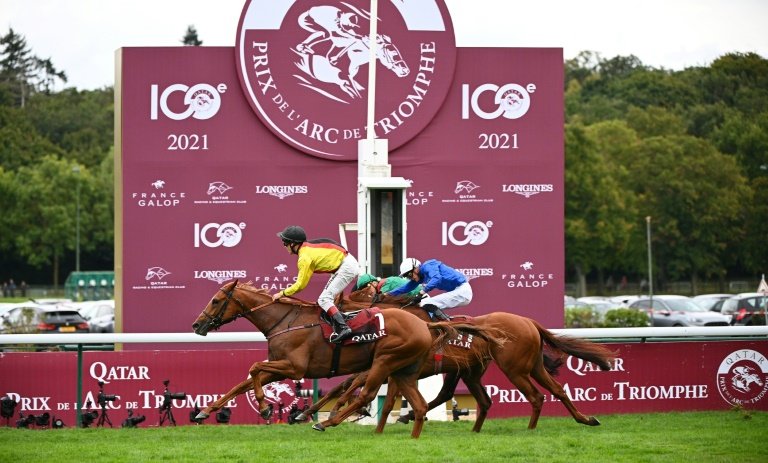 A record four Japanese horses will line up for Sunday's Prix de l'Arc de Triomphe with one of the quartet's jockeys Christophe Lemaire saying Japan winning the race widely regarded as the greatest in Europe would be the "Holy Grail".

The 43-year-old Frenchman, who has been crowned Japan's champion jockey on multiple occasions since moving there in 2015, rides the outsider of the four in veteran Stay Foolish.

He, Deep Bond, who was tailed off last in the 2021 Arc, and the more fancied duo Japanese Derby winner Do Deuce and serial Group One winner Titleholder will battle it out with 16 of Europe's finest thoroughbreds at Longchamp.

Germany's defending champion Torquator Tasso returns with the formidable presence of Frankie Dettori on board -- bidding for a record-extending seventh win -- but has a difficult draw on the outside.

Vadeni and Westover, winners of the French and Irish Derby's respectively, also feature with the former's jockey Christophe Soumillon facing a long time on the sidelines later in the month.

The apologetic Belgian ace received a 60 day ban for causing the fall of Rossa Ryan on Friday at Saint Cloud.

Luxembourg, who beat Vadeni in the Irish Champion Stakes, is likely to start favourite to give trainer Aidan O'Brien his third win in the race.

The tough as teak Alpinista is seeking her sixth successive Group One win and would be a popular victory due to her 74-year-old English trainer and raconteur Mark Prescott.

Prescott compares his job to that of a school master and normally prefers to stay at home when his horses run abroad -- save for an occasion when he had a runner in the Japan Cup but when it was unable to run he ended up being taken to an Eric Clapton concert.

He confessed to the Thoroughbred Racing Commentary he had never heard of Clapton but found it all rather fun -- Sunday though he will be on his best behaviour.

"I'll have to go to Longchamp, Miss Rausing (the owner) is insistent," he told the Racing Post.

"It's a bit of a waste of time when one could be training horses." 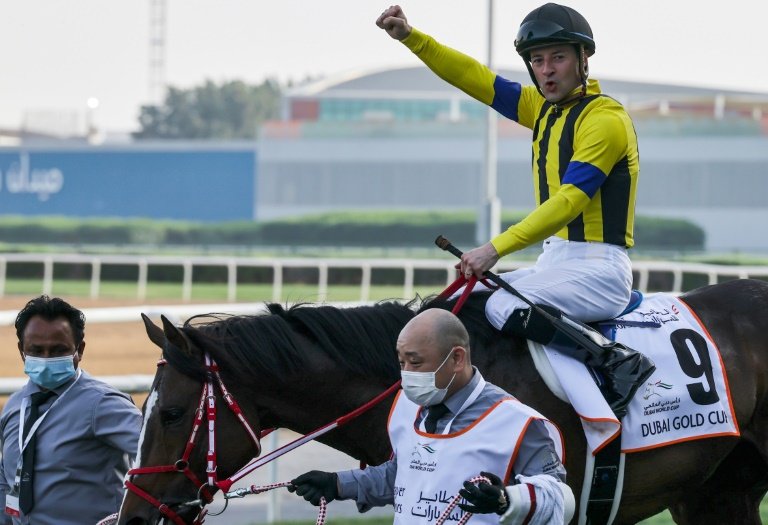 The Japanese, though, are not in the least bit intimidated by their European rivals and are bullish about their chances of winning the Arc at the 18th attempt.

Lemaire despite many top class successes in Europe has never won the Arc but he knows where it ranks for him and for the Japanese.

"The Arc is the greatest race in the world and it is a date I circle in my calendar," he said on Wednesday.

"As a French jockey it has a particular flavour. I live in Japan and I understand the determination they have of winning the Arc.

"To win an Arc would be the Holy Grail knowing what it represents for the Japanese."

The bold front runner Titleholder is 44-year-old trainer Toru Kurita's first Arc runner and he believes his star has improved both physically and mentally through the year.

"It was a dream at the beginning of the year but it has become reality now," he said.

"To win the Arc is a dream for everybody, I have dreamed of it for a long time, but lots who tried failed.

"Everyone would be super happy in Japan if we won, every year they (Japanese racing fans) come and back home they watch it closely.

"One must not let them down."

Titleholder's jockey Kazuo Yokoyama, 29, is hoping to improve on his father Norihiro's 14th place finish in the 2014 Arc on Golden Ship.

Despite it being a new experience for him he will stick to his pre-race ritual of "cleaning my room".

His experienced compatriot Yutaka Take -- who rides Do Deuce -- has not had the best of times in the Arc but the 53-year-old Japanese riding legend says he has unfinished business.

"It has always been a dream and winning the Arc is a motivating factor in me continuing to ride," he said.