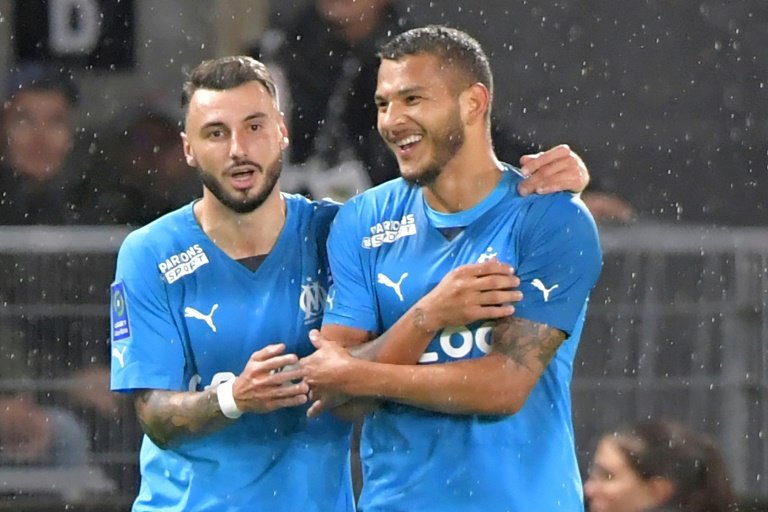 Marseille cruised to the top of Ligue 1 on Friday as they opened the weekend fixtures by winning 3-0 at Angers to leapfrog Paris Saint-Germain.

Marseille moved a point ahead of PSG, who host struggling Nice on Saturday.

"I knew we had good players, good personalities," said Marseille coach Igor Tudor, who was serving a touchline ban.

Left wing back Jonathan Clauss scored once and set up the other two goals.

"Jonathan Clauss is an incredible player. I knew it the first time I saw him. And he's a good kid. It's a pleasure to be his coach."

The home team dominated the opening 35 minutes, penning a sloppy and sluggish Marseille team back.

"The first half was hard fought," said Tudor. "Angers were up for it."

But the hosts could not take their chances. Nabil Bentaleb was closest when he hammered a shot against the near post.

At the other end, Luis Suarez came nearer to hitting the corner flag than the goal with a sliced shot

Seconds after Adrien Hunou scuffed a shot wide of the Marseille goal from close range, Clauss gave the visitors the lead.

Marseille moved the ball quickly into midfield and Suarez found Clauss surging into space up the left.

The wing-back raced toward the box, then skipped outside a couple of defenders before drilling a left-foot shot off the post and past goalkeeper Yahia Fofana.

"That was a sign, the post was out for us, in for them and that's decided the game," said Angers coach Gerald Baticle.

"Against these big teams, you have to lead at some point and try to sow doubt," said Baticle. "When you come in at half-time after you've played well but you are behind, it's psychologically hard."

Suarez found the target after 50 minutes. Clauss intercepted a sloppy clearance on the halfway line and charged into the penalty area.

This time he squared to Suarez. The Colombian controlled the ball and smashed it home.

Clauss set up another goal after 59 minutes, picking out Gerson at the far post who placed his shot past Fofana.

The game then reverted to its earlier pattern with Angers creating and wasting chances before Marseille ended the match rolling the ball around at walking pace.

"In the second half, they fell away physically and we were the only team playing," said Tudor. "I liked the state of mind of my players, the sense of sacrifice, the runs, the collective will to win."