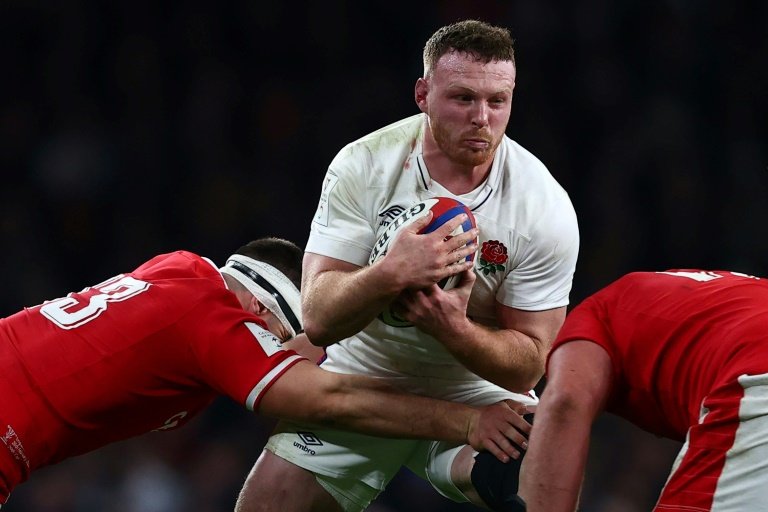 The England back-row forward, 27, will join the French champions after next year's Rugby World Cup.

He is expected to be available for the showpiece tournament in France, but after that will be ineligible to represent England should the Rugby Football Union maintain its policy of refusing to select overseas-based players for international duty.

There are those, including Saracens boss Mark McCall, who believe the departure of a leading Premiership player in the prime of his career to a foreign club has wider implications for the English game.

Baxter, however, was philosophical over the impending exit of Simmonds, who has 14 caps for England and has also represented the British and Irish Lions.

"It is not a negative when a player leaves you because someone wants them and can afford to pay them more than you can," he said.

"It is negative when you fall out and a person moves for no positive reason at all. It's very rare that happens here.

"Sam goes with our blessing for a great adventure, a great opportunity in France," added Baxter.

McCall though was particularly concerned by Simmonds' desire to play club rugby in France while in his 20s.

"I say that because Sam is 27, nearing his peak and is now making himself ineligible for England," the Saracens boss said Tuesday.

"I kind of understand someone who is early 30s doing it after they've had their international career and want to experience something different.

"But to start losing the best young talent in the Premiership, someone like Sam, is a worry."

The dire finances of Premiership clubs -- worsened by the coronavirus pandemic -- resulted in a decision to reduce the salary cap to £5 million ($5.3 million) from £6.4 million.

The reduced wages make it more difficult for English clubs to compete with wealthy sides in France and Japan.

The fear is that other members of Eddie Jones' Test squad will follow Simmonds overseas.

Baxter added Wednesday: "Even in the £6.4 million cap, you could lose players, particularly to France.

"I suppose with a £5 million cap, all of a sudden the attraction of staying in England lessens a little bit because of the difference in the figures.

"There is another argument that if England paid them more per game -- that will cause some debate because England players are pretty well paid compared to some other nations -- but that's another way of bridging the gap. Players add up the whole package.

"It's a challenge, and something that is going to happen for a little bit. But it is not keeping me awake at night."

Baxter's comments come after Premiership side Worcester were suspended from all competitions and placed into administration this week.

The club failed to meet a RFU deadline requesting proof of insurance cover and funding for the club's monthly payroll.

Worcester's debts total more than than £25 million but they are not the only one of the Premiership's 13 clubs facing potential financial collapse.

There are fears Worcester and Wasps represent the tip of an iceberg, with the collective debts of all Premiership clubs estimated at more than £500 million.