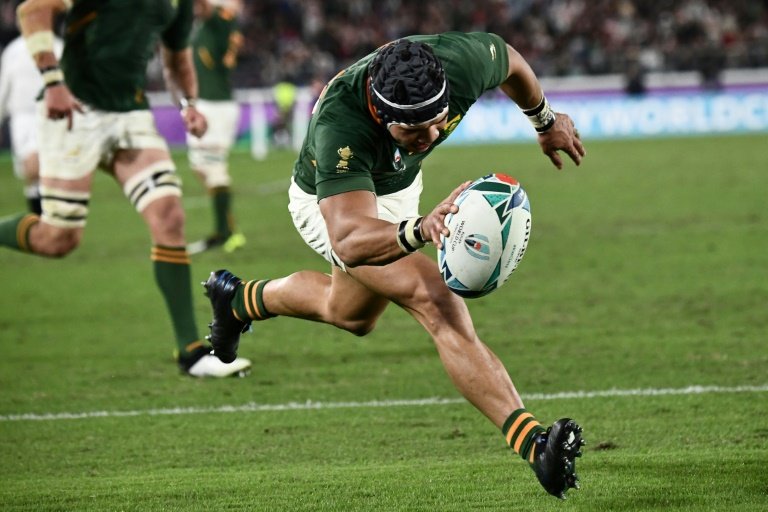 The tournaments hosts are in Pool A with three-time winners the All Blacks, Italy, Uruguay and Japan.

"I think the French boys are definitely the favourites going into the World Cup," Kolbe told Canal+.

"Particularly with the World Cup being in France, it will be good for them," he added at French rugby's annual awards ceremony.

Kolbe's Springboks, the reigning champions, are in Pool B with Ireland, Scotland, Tonga and Romania.

The Toulon three-quarter missed the recent Rugby Championship for his country with a broken jaw.

He is set to return in time for the Boks' November Tests against Ireland, France, Italy and England three years on from lifting the Webb Ellis trophy in Japan.

"It would be good for the Springboks to keep the trophy but France played really well at the Six Nations," he added.