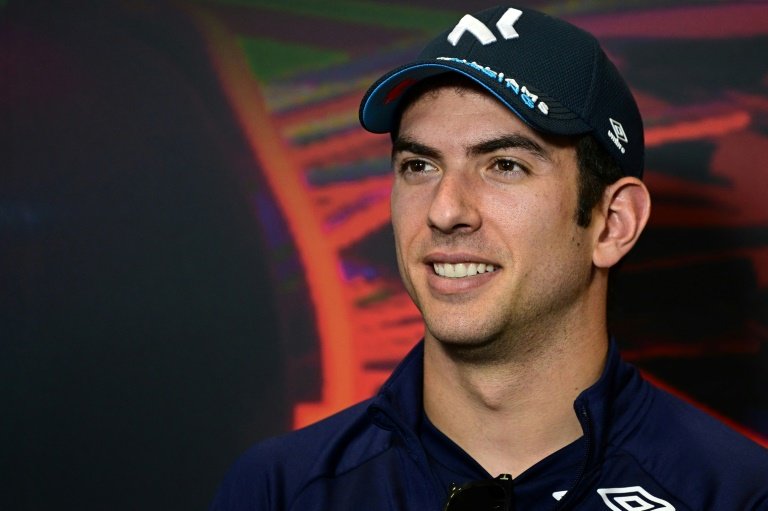 Canadian Formula One driver Nicholas Latifi is to leave Williams at the end of this season, the British Formula One team announced on Friday.

Williams have already signed a "multi-year" deal with teammate Alex Albon in August after encouraging performances from the Thai-British driver who took over the drive left vacant by George Russell's move to Mercedes in 2022.

Who will team up alongside Albon next term is so far undecided.

Williams plan to announce their completed line-up "in due course" with Mercedes reserve driver Nyck de Vries staking his claim with an impressive stand-in performance for Albon at the Italian Grand Prix.

Latifi joined Williams in 2020 and after 55 grand prix has a modest total of seven points on the board.

He will forever be linked to the dramatic conclusion to last year's drivers' title when his late crash in Abu Dhabi led to the chaotic last lap penalty-shoot out for the 2022 crown when Max Verstappen deprived Lewis Hamilton of an unprecedented eighth F1 championship.

The 27-year-old Latifi finished 21st in the world championship standings last year and 17th in 2020.

Latifi, son of the owner of Williams' sponsor Sofina, said he had fond memories of his time with the racing outfit.

"Although we have not achieved the results together we hoped we would, it's still been a fantastic journey," he said.

"Getting those first points in Hungary last year was a moment I'll never forget, and I will move onto the next chapter of my career with special memories."

"He's a great team player who has a great attitude. We wish him all the very best of luck for his future, both in and out of the cockpit."

De Vries, a compatriot of defending world champion and runaway series leader Verstappen, is a former winner of the Formula 2 and formula E championships,

At the Italian Grand Prix, with Albon ruled out with appendicitis, de Vries out qualified Latifi and finished ninth for his first F1 points in his maiden race.